Accessibility links
Not My Job: Fashion Guru Simon Doonan Gets Quizzed On Microsoft Windows Doonan got his start designing the famous display windows at the Barneys clothing boutique in New York. So we'll ask him three questions about another sort of windows — Microsoft Windows. 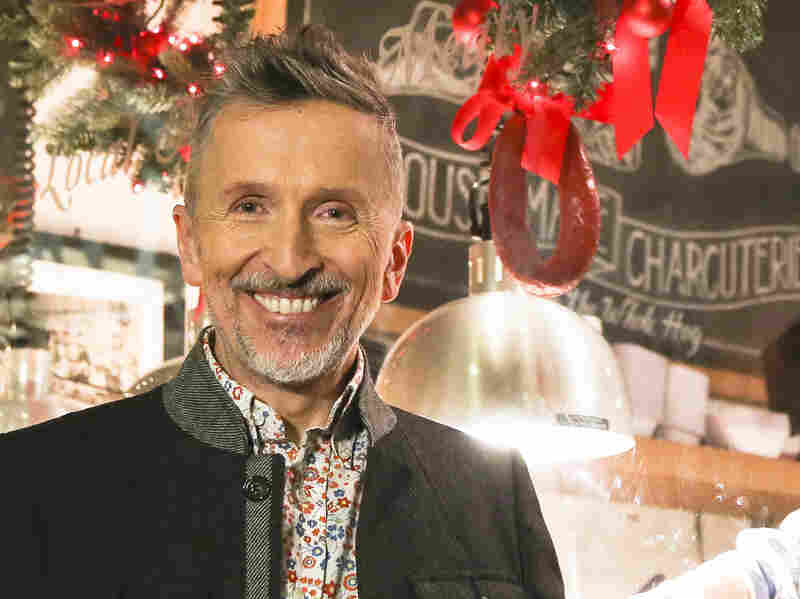 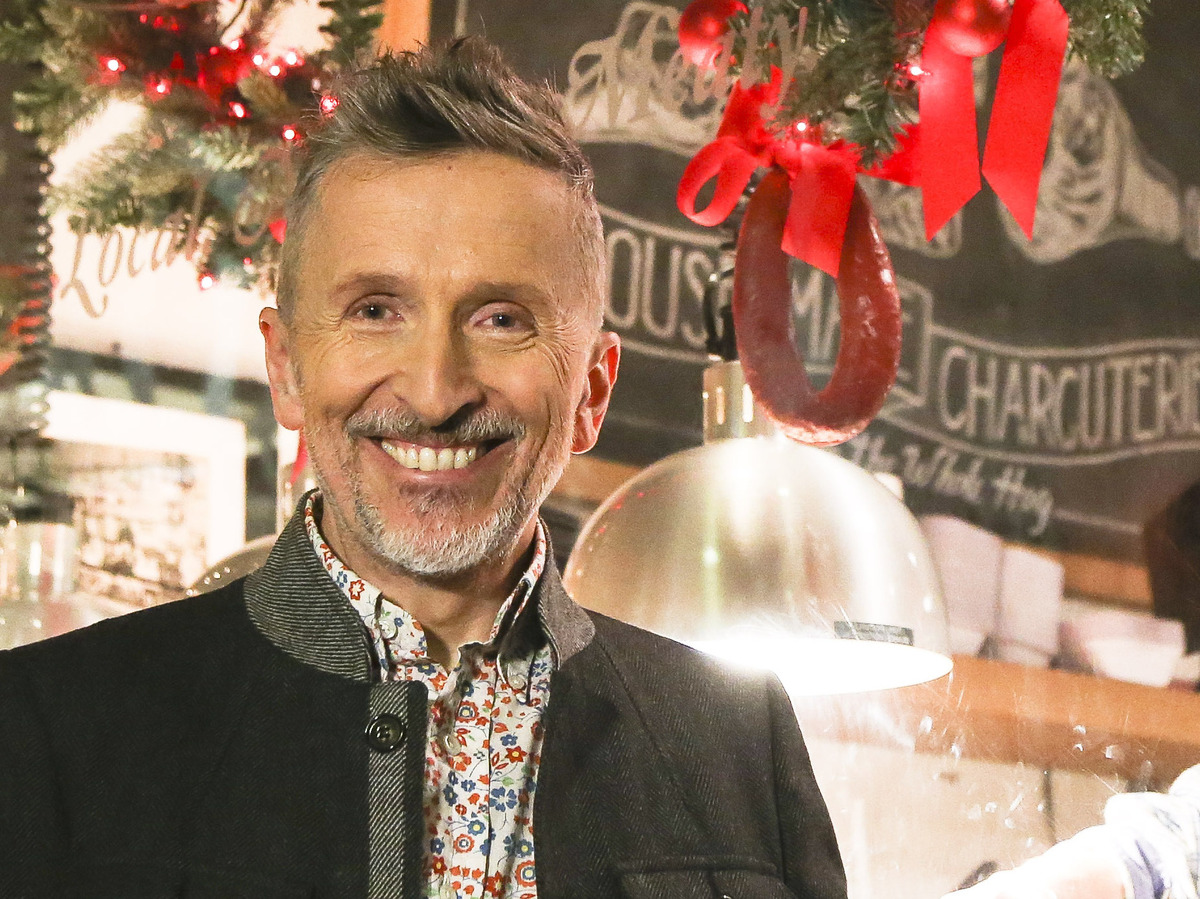 Unlike a lot of people, Simon Doonan does windows. He first rose to fame designing the famous display windows at the Barneys clothing boutique in New York, and has gone on to be their Creative Ambassador at large. He's written many books about his life in fashion — including his latest, The Asylum: A collage of couture reminiscences ... and hysteria.

And now the game where we ask somebody who knows a lot about something about something else entirely. It's called Not My Job. Simon Doonan, unlike a lot of people, does windows. He first rose to fame designing the famous display windows at the Barney's clothing boutique in New York. He's gone on to be their Creative Ambassador-at-Large. He's written many books about his life in fashion, his latest, "The Asylum," is out now. Simon Doonan, welcome to WAIT WAIT ...DON'T TELL ME.

SAGAL: Now Simon, a lot of people are very nostalgic about their youth and their hometowns. You are not.

SAGAL: Yes. And you were born in Reading? Is that it?

DOONAN: Yes, Reading, which has now become stupendously major town - Reading. But when I was a kid, it was kind of postwar. It was gritty. We lived in a rooming house. You know, the kind of thing.

SAGAL: Oh yeah, I grew up just that way.

SAGAL: And did - at what age did you discover your flair for fashion and design, if in fact you had one at that age?

DOONAN: Well, I think I came out of the womb like with a bolt of chiffon in one hand and a pair of pinking shears in the other, you know. It was pretty early.

PAULA POUNDSTONE: Must of been very painful for your mother.

SAGAL: So what I know of postwar England, I know from sort of very dreary black-and-white films. Did you, shall we say, stand out a little bit because of your enthusiasms?

DOONAN: I think so. I mean, I do remember skipping around the backyard in the style of the Russian ballet, and nobody else was doing that.

SAGAL: What did your family have to say about you when they saw you doing that?

DOONAN: Well, fortunately they were so bizarre - we were like the Munsters, I think, in our street. So they had their own stuff to worry about. So I actually got a free pass 'cause everyone in the house was more crazy than I was.

SAGAL: Really? You were relatively sane? You were just dancing about like a ballerina.

DOONAN: Yeah, exactly, with a bolt of chiffon in one hand and pinking shears in the other.

SAGAL: He's still holding onto that. It's been years now. Now I remember, actually, I might've even been living in New York at the time when you first started to get attention. You were the designer of these remarkable windows at Barneys that were an art event when they put up a new series of windows. Now we all have walked by department stores and seen manikins wearing the clothes on sale, but you were doing something more. Could you describe it for those who don't know what this was all about?

DOONAN: Well, at that went to Barneys in the mid '80s, my boss told me, make the windows a talked about thing. So, you know, it was around about the period where they were calling Margaret Thatcher the iron lady. So I put her in an S&M outfit, made a caricature of her, put her in the window ironing and listening to Metallica - you know, in a dungeon.

SAGAL: Were you able to - I mean, how do they sell clothes though? Do people see the S&M Margaret Thatcher, then walk into Barneys and say, I'd like one of those please?

DOONAN: Over and over again. And that was just the men.

SAGAL: I mean, do the homeless guys like jockey for the good places on the block when you put up a new display?

DOONAN: Oh my God, totally. And I've - we've actually had dogs barking at our windows and licking the windows. And, you know, like it really is something for everyone.

SAGAL: You are now Barneys Creative Ambassador-At-Large. What does that mean?

DOONAN: It means that I get to wear a sash.

SAGAL: Oh, there you are.

DOONAN: I'm wearing my sash right now. I ironed it specially for this broadcast.

SAGAL: Does it have like medals on it and ribbons in the manner of the classic ambassador?

DOONAN: It does. But I think to be a proper ambassador, you have to be terribly fat, don't you? Like the sash looks much better on a corpulent physique.

SAGAL: How - when people ask you for fashion advice, as I'm sure they must do, what do you tell them?

DOONAN: I'm very reckless. Like I'm not one of those helpful gays. You know?

DOONAN: You know, like "Queer Eye For The Straight Guy." I actually auditioned for that show and they rejected me 'cause they said you're just not helpful enough.

DOONAN: They showed me a picture of some guy with a mullet and a Metallica T-shirt, and I said he looks great. What's wrong? Like, I don't have that - I see clothes as being nonverbal communication. They're anthropology, they're not something you - I want to change, which makes me completely useless at giving advice. So in the absence of having any useful advice, I usually tell people, you know, go out and buy a blue stripper wig, you know. Or go home and take all your sensible work clothes and give them to the Goodwill and just wear party clothes for the rest of your life. If you can establish a signature look at is recognizable, that is yours - bingo. You've made it, darling.

MAZ JOBRANI: What if your wife doesn't let you leave the house with your signature look?

DOONAN: Have you been wearing that leopard jumpsuit again?

SAGAL: Well Simon Doonan, we have asked you here to play a game that this time we're calling...

SAGAL: Since you got your start designing beautiful, strange and useful windows, we thought we'd ask you about clumsy, awful and annoying Windows - namely, Microsoft Windows. Answer two of these three questions correctly and you'll win our prize for one of our listeners, Carl Kasell's voice on their voicemail. Bill, who is Simon Doonan playing for?

SAGAL: All right. Ready to do this, Simon?

DOONAN: Yes I'm completely technologically idiotic, so this is going to be interesting.

SAGAL: It shall be. Here we go. Now like many famous brands, people have tried to take advantage of Windows' popularity. Which of these was a Windows branded product you could once buy in Japan? A, a Windows 7 Whopper at Burger King with seven - count them - seven all-beef patties; B, Windows brand lingerie; or C, Windows windows for your house?

DOONAN: I'm going to go with B because I love lingerie, braziers, negligees, anything like that. So let's go with B.

SAGAL: I'm fond of them too, but before I give you the answer, how do you think Windows lingerie would work? Would there be little windows you'd open up? I mean...

DOONAN: You know, a good piece of lingerie screams for a little aperture, doesn't it?

SAGAL: So you're choosing Windows lingerie. Oh would that it were. It was really the Windows 7 Whopper with seven all-beef patties.

SAGAL: I know, but it was a thing. Second question, you still have two more chances here, Simon. If you have trouble with Microsoft Windows and you call their help line somewhere in the world, you might be helped by which of these? A, a 5-year-old boy; B, a computer running Microsoft Windows; C, Bill Gates himself, but only on Tuesdays and alternate Fridays?

DOONAN: C is so preposterous that I'm going to go with C because that would be kind of great, wouldn't it?

SAGAL: It would be great, perhaps - and I don't think you need to do this, but some people like to choose which one is actually likely to be true.

SAGAL: And that's just an option, you don't have to do that.

DOONAN: Well, you know that fashion people are completely idiotic.

DOONAN: I want to stay on message.

SAGAL: I feel - I understand that instinct.

SAGAL: Five-year-old Ayan Qureshi of Coventry, England passed a Microsoft exam and is now an accredited Windows IT expert who's qualified to give out help. Last question, back in 2009, to get the word out about Windows 7, Microsoft encouraged people to do which of these things that no one we assume actually did? A, throw a Windows 7-themed house party; B, get a Windows 7 face tattoo; or C, hold a neighbor hostage until he or she downloaded and installed it?

DOONAN: I'm going to go with A because it sort of Tupperware, doesn't it?

SAGAL: It does. And you're right.

POUNDSTONE: There we go.

SAGAL: There's actually a hilarious video demonstrating how such a house party would go that we cannot recommend highly enough. It is amazing to watch Microsoft's version of what they think actual human beings might speak to each other. Bill, how did Simon Doonan do on our quiz?

KURTIS: You know, Simon is a great window preparer. Simon, you're doing really well. Thank you.

SAGAL: That was very diplomatic.

JOBRANI: That's the nicest way of saying you lost.

SAGAL: Yeah, I know. We're just going to skip the whole topic. That was hilarious.

KURTIS: You tried so well.

SAGAL: Simon Doonan's latest book is in paperback now. It's called "The Asylum: True Tails Of Madness From A Life In Fashion." Simon, thank you so much for joining us.

SAGAL: Really fun to talk to you. Bye-bye.

(SOUNDBITE OF SONG, "SHE CAME IN THROUGH THE BATHROOM WINDOW")

ABBEY ROAD: (Singing) She came in through the bathroom window, protected by a silver spoon. But now she sucks her thumb and wanders...

SAGAL: In just a minute, a teddy bear wearing a teddy. Is that redundant? It's our Listener Limerick Challenge. Call 1-888-WAIT-WAIT to join us on air. We will be back in a minute with more WAIT WAIT ...DON'T TELL ME from NPR.