Afghanistan has suffered through long decades of war; conflict with the Soviet Union, civil war and 13 years of a U.S.-led NATO combat mission. Among the political, economic and cultural impacts of this violence, there's an artistic transformation: the history of violence is reflected in the country's ancient art of rug making.

Kevin Sudeith, a collector, tells NPR's Arun Rath that he has long been impressed by the craftsmanship of Afghan rugs.

"The thing that awed me about the war rugs ... is the combination of a very ancient tradition and ancient designs and patterns that are tied to specific towns and regions of Afghanistan ... coupled with the most contemporary subject matter," Sudeith says. "And the war rugs document that unselfconsciously, succinctly and beautifully."

During the 1990s, after the end of the Soviet occupation of Afghanistan, Sudeith began to notice images of Soviet weapons mixed in with the geometric patterns on the rugs.

"The first rug that I bought was a red rug that had four Kalashnikovs on it, on the sides, and then a mix of tanks and helicopters in the middle," he says.

Before long, Sudeith wasn't just collecting the rugs; he started selling them to other collectors, who were also fascinated by the living history reflected in them. 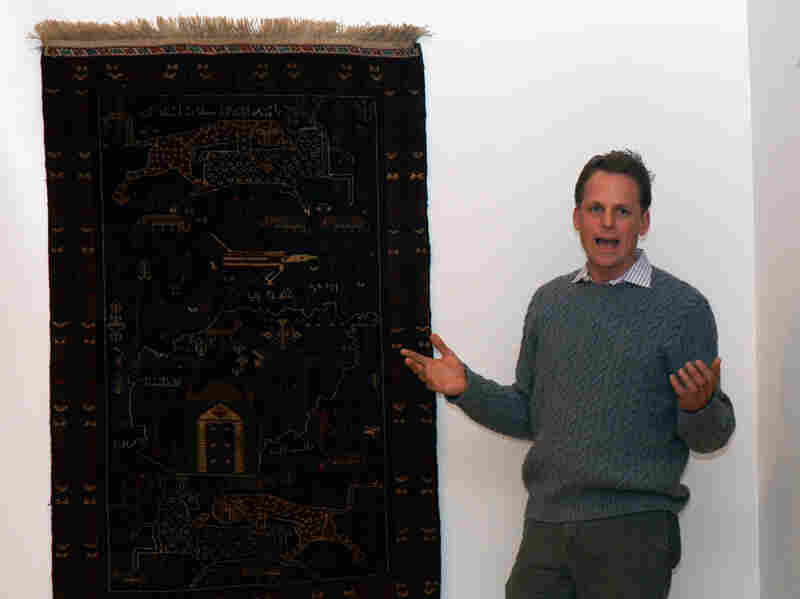 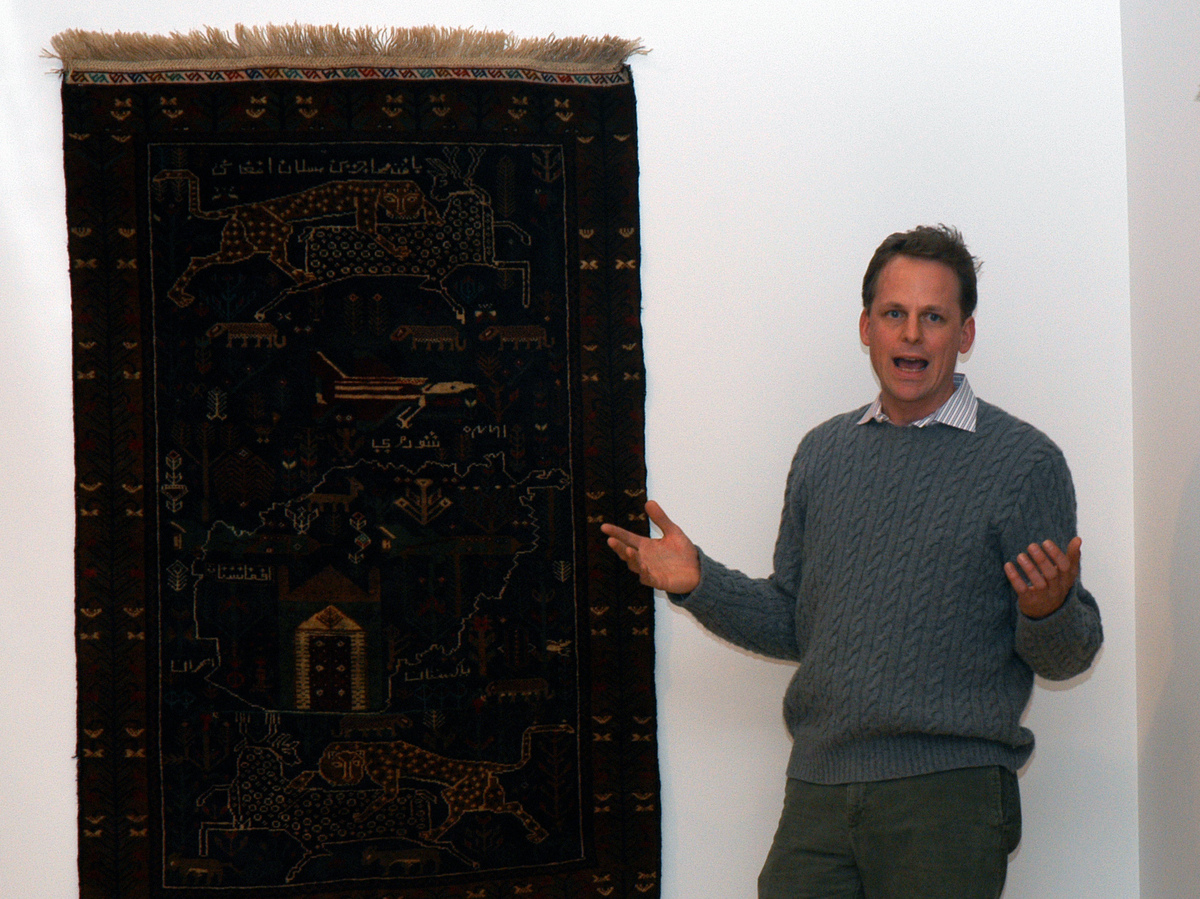 "There were some map rugs in the '80s, for example, that showed Afghanistan beset by war and refugees fleeing to Pakistan," he says. "And then in the 1990s, those showed the similar pattern with the map of Afghanistan and the Soviets pouring out of Afghanistan through Uzbekistan."

Then the Sept. 11 attacks happened, and Sudeith says he thought it was the end of the line for the these types of rugs in America — that it would "utterly alienate people from interest" in them.

"What I found was the opposite, that people became really interested in Afghanistan and interested in the war rugs in particular," he says.

And just as they had during the Soviet occupation, the rugs began to reflect the latest machinery of war. This time it was American hardware, like F-16s.

"In the last group of rugs that I got in late 2014, there were three rugs that were included that had depictions of American drones in a kind of geometric design," he says.

The latest drone rugs have been very popular with collectors. But Sudeith says the Western interest in war rugs brings with it an unintended consequence: as demand for the war rugs increased, the rug makers responded to the market, and began making more war rugs. Designs that sold well would get reproduced.

Sudeith says he won't be surprised if this current interest results in a surge of drone rugs in the near future.