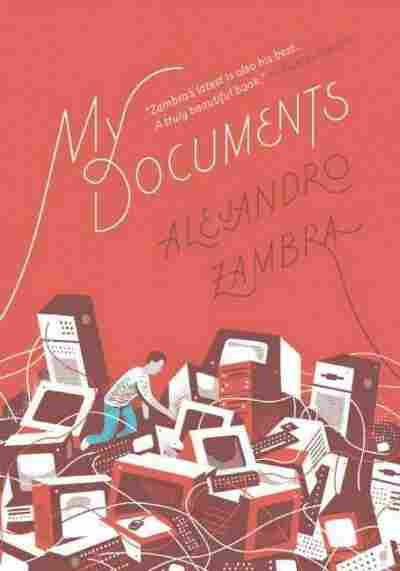 by Alejandro Zambra and Megan Mcdowell

To read Alejandro Zambra is to engage with someone who writes as though the burden of history were upon him and no one else — the history of his country of Chile, of literature, and of humanity's shared experience. You get it from his pages, a sense that a story must be told, intimately and without reservation.

Take "I Smoked Very Well," an amusing number from My Documents — a collection of 11 stories superbly translated by Megan McDowell — in which a man details his 90-day attempt to kick a habit. It's a deft rumination on the connection between reading, writing and the cigarettes that — perhaps inexplicably — intensify the pleasure of both. And it also serves as an unsparing reminder of how revealing a bit of personal accounting can be. "I do a little division and determine that the monthly amount I've spent on cigarettes, for years now, is roughly equivalent to a mortgage. I am a person who has chosen to smoke rather than have a house. I'm someone who has smoked a house."

Zambra's books have long shown him to be a writer who, at the sentence level, is in a world all his own. His exacting eye, his crack comic timing, his ability to describe just enough to keep the reader interested; these traits do much to demonstrate his staying power as an architect of larger stories. In My Documents, each narrative flows seamlessly, one after the next a glass of cool water cleansing the palate.

Zambra finds the foundations for his most enthralling work in the complex ties between fathers and sons, nations and their people, and especially hapless lovers. Despite their issues, his characters more often than not possess a deep capacity for feeling — and for leaving indelible marks on one another. In "Memories of a Personal Computer," we meet Max and Claudia, who, although they're not a married couple, "functioned as one." At first, they're going about their lives happily together — that is, until Max's computer, the first he's ever owned, comes into play.

He and Claudia begin to obsess over it, add and connect things to improve the user experience; a new keyboard, a digital camera, a fancy printer that doubles as a scanner. They play solitaire and Pac-Man, compose emails, organize photos of their trips together, and Max uses it to transcribe his old notes and hand-written poems. Soon, though, the two lovers find themselves drifting: Their shifts at work change and, just like the computer slowly falling apart, the relationship needs repairing. But, as always, complications arise, and Zambra is picturesque in his execution of the couple's disillusionment and inevitable falling out.

What has long impressed me about Zambra is his ability to make bold statements with hushed, poetic brush strokes. A 2010 interview with Granta (which named him one of its 22 best young Spanish-language novelists) gives a glimpse into his quiet genius: Asked his opinion on writers playing a role in public life, Zambra says a writer's work is chiefly about exerting influence. Above all, he says, he believes in "the kind of long, silent communication that literature allows." The operative words here are long and silent.

As further proven by "Thank You," another stand out story in My Documents of a man and woman robbed in a taxi, there's a rare, panoramic quality to his style. Sometimes fast, sometimes slow and brooding, the bulk of these stories grab hold of the reader swiftly, rendering time still as a rock. There were times I had to lay down the book and sit in silence for several minutes.

As he often does, Zambra more than delivers with his latest. He's a thoughtful craftsman, brick by brick laying the foundation for works that transcend continents and labels. Let us now forget the smallness of simply spearheading a new Latin American fiction. My Documents goes beyond that, burning brighter than most anything we'd call exceptional, yesterday or today and in any language.