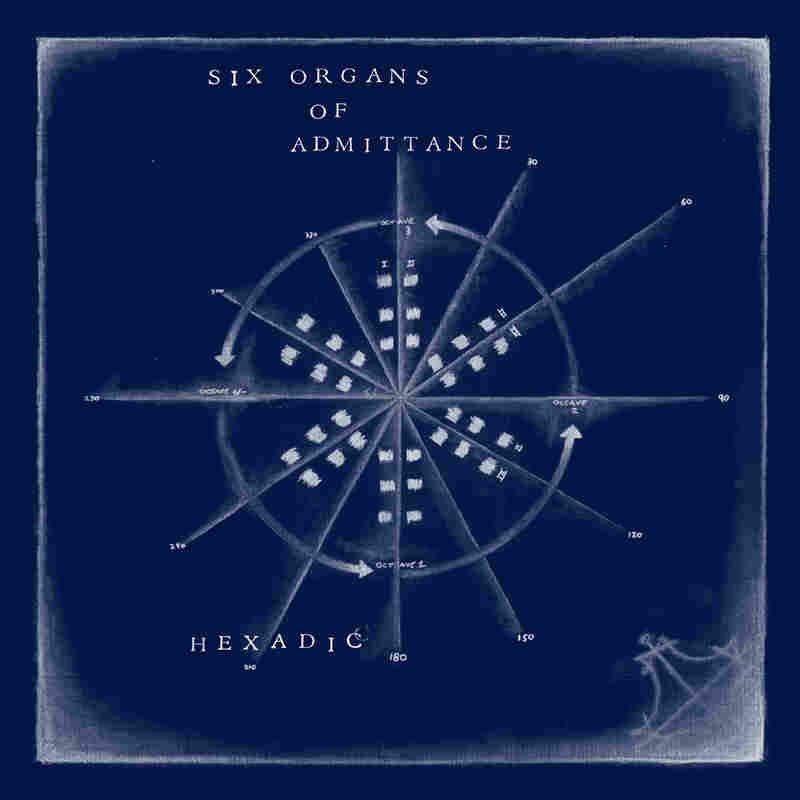 When we last left Six Organs Of Admittance, band mastermind Ben Chasny had recruited his old pals in Comets On Fire to make 2012's Ascent, the blown-out, hard-chooglin' psych-rock record nerds like me had been waiting for since Comets On Fire went on hiatus in 2008. Chasny has never really been one to repeat himself, but if a three-year lag between Six Organs albums and relegating songwriting duties to Donovan Quinn in New Bums were any indication, it was time for Chasny to remove the self and literally make a game of the process.

Enter the hexadic system. In the tradition of John Cage's chance operations, Anthony Braxton's overlapping graphic scores and John Zorn's Cobra cards, Chasny built his own set of rules around clusters of six poker cards (hence the hexa- prefix) and how they align to the notes of the guitar. "My idea is that if you have an overt structure, you actually free yourself and open up to new ideas from that other," Chasny recently told Attn Magazine, "other" referring to the ways in which musicians struggle to achieve innovation and invention.

Hexadic is the first album to feature Chasny's system, and it's a whirlwind of dreamy noise and harsh mellows that follow their own internal logic. Unlike other compositional systems built for concert halls (even if they sometimes send patrons screaming from them), the hexadic system is built for grimy dives and basements. The hexadic system is built for rock 'n' roll. Tracks like the blistering "Wax Chance" and "Sphere Path Code C" channel the white-hot psych-rock of Japan's High Rise, featuring just the gnarliest guitar tones and Noel Von Harmonson's (Comets On Fire) caveman drumming. "The Ram" is like Sonny Sharrock in slow-burning soul mode, sustaining the strangest intervals — time also figures into the game — punctuated by lone bass notes and spurts of busy drumming. But in all the noise, Hexadic also features some of Chasny's most subversively gorgeous work, especially in "Hollow River." It begins like one of Khanate's grim doom-metal dirges, but halfway through, finds and fights with a triumphant melody in the feedback.

As if to acknowledge the insanity of Hexadic, Chasny closes with "Guild," a seven-minute piece that works its searing feedback into a quiet, somber reprieve. It's in keeping with Chasny's tendency to do the exact opposite of whatever's he just done, and perhaps a hint of what this complicated card game can achieve when it doesn't sound like sonic Russian roulette.