Accessibility links
Review: A Place To Bury Strangers, 'Transfixiation' There's a new-found tightness in the band's attack that's as refreshing as it is menacing. Destructive and dreamy, Transfixiation is the sound of APTBS turning its demolitionist tactics on itself. 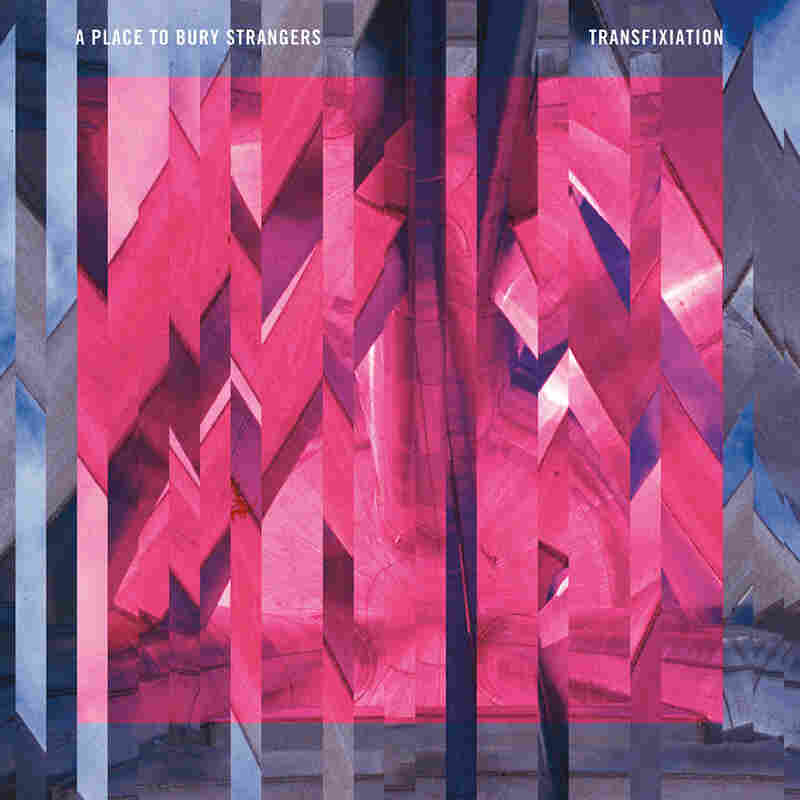 A Place To Bury Strangers. Courtesy of the artist hide caption

In spite of the noisy aura it's drawn around itself, there's not much mystery to A Place To Bury Strangers. The New York band has been dishing out slight variations on the same sonic blitzkrieg since its self-titled 2007 debut; the only thing that's changed is the fine tuning. On the group's fourth album, Transfixiation, all of APTBS' trademarks are in evidence. Deadpan vocals float through apocalyptic static. The volume bleeds out. Cacophony reigns.

Singer-guitarist Oliver Ackermann has been the group's frontman and sole remaining original member during its 12-year existence, and he's maintained a singularity of style and substance, all of it thickly blackened. But Transfixiation's jagged edges aren't quite as blurry as those of its predecessors, and there's a new-found tightness in the attack that's as refreshing as it is menacing.

With APTBS' primary and overwhelming influence, The Jesus And Mary Chain, staging a 30th-anniversary tour this year for its groundbreaking debut Psychocandy, it's more important than ever that the band stretch into its own sound. Luckily, it has. Much of that has to do with new drummer Robi Gonzalez. Transfixiation is his recorded debut with APTBS, and he spiritedly strays from the band's previously established J&MC-esque beats. It's a less tribal sort of pounding, and while the caveman rhythms of old are missed, Gonzalez replaces them with everything from the sleek, feral, industrial clattering in "We've Come So Far" to the frantic blues-rock windmilling in the climactic album-closer "I Will Die." As far as song titles go, it's perfect — and APTBS lives up to that fatalism with a meltdown of timeless proportions, sounding like The Yardbirds as fed through a blast furnace.

A more restrained desperation fuels "Supermaster," a study in shadowy alienation — that you can dance to — injected with Ackermann's strangled, splintered guitar solo. "If you f--- with me, you're gonna burn," he whispers like a serial killer in the sludgy, squealing "Deeper." It's a testament to his degenerate charisma that he makes his nerve-shredding threat seem like an irresistible come-on.

"I'm So Clean," with its lunging punk simplicity and feedback-smeared snarl, is as close to vintage APTBS as Transfixiation gets. But that tried-and-true approach has been rewired and rebooted, giving the album more breadth. As for depth, the group has never needed it; this is all doomed romanticism, animal lust and revenge, a bloodshot vision of indie rock that leaves all the quirk and niceness quivering in a heap on the floor. There is, however, an urge here to forge a primal kind of art-rock, one that's more about texture than structure. And it succeeds.

Dark, destructive and dreamy, Transfixiation is the sound of APTBS turning its demolitionist tactics on itself. The result is fractured yet oddly cohesive — and more than any other entry in the band's catalog, it oozes legit mystique. "You wanna fill the void?" Ackermann leers in the Suicide-meets-Spacemen 3 death-drone of "Fill The Void." The thing is, he's already done it.