Accessibility links
First Listen: The Mavericks, 'Mono' After more than 25 years, the band's weapons are still consummate skill, the clarion charisma of singer Raul Malo, and the wisdom to know that fun is what wins in the end. 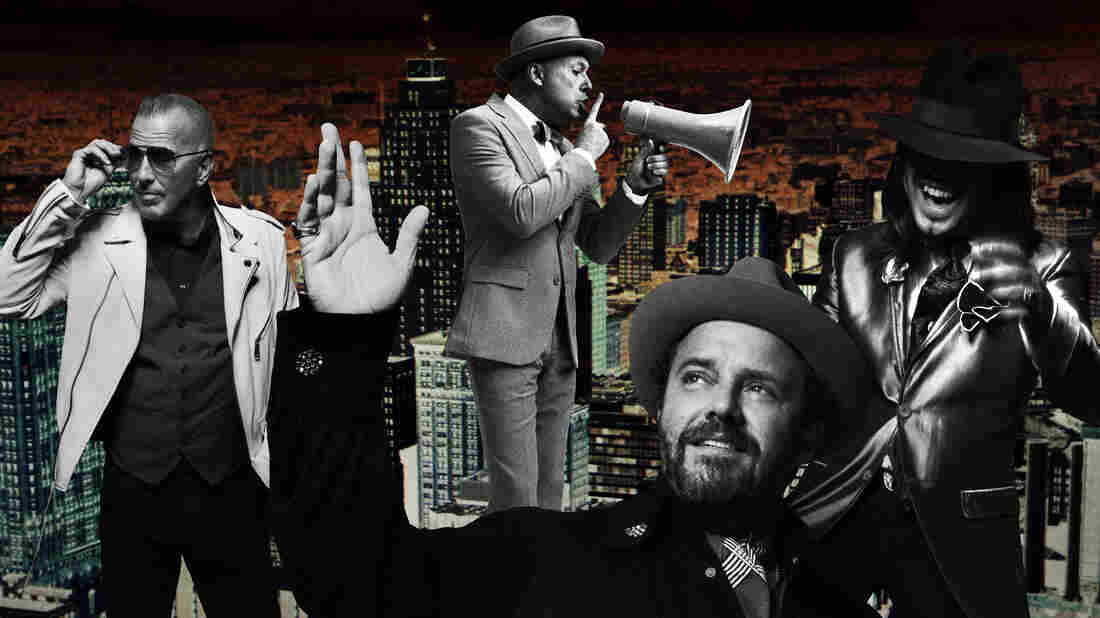 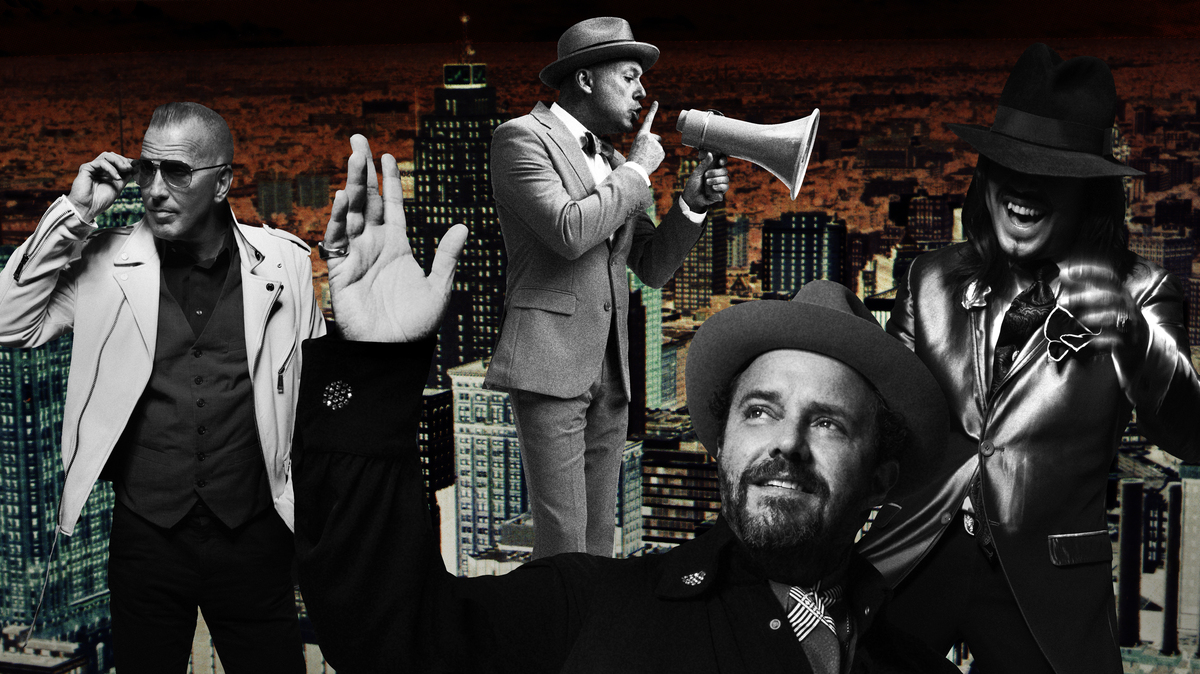 In his rockabilly history Go Cat Go!, ethnomusicologist Craig Morrison describes the typical cradle of rock 'n' roll: a community hall reconfigured to serve as a nightclub for a night. "There might be Christmas lights strung across the back of the stage, tables and chairs around the perimeter of the room, food available for purchase, and maybe booze," Morrison writes. A jittery, ambitious band plays as loudly as possible, in order to be heard over the din of all the flirting, fighting and dancing. The scene he's conjuring is from 1954, but it could also be from 1977, when punk was just revving up, or 1989, when a band called The Mavericks first wowed crowds in the clubs of Miami Beach. Though the group became famous as a Nashville act in the 1990s, recording gorgeous albums that reconnected modern country music with its country, blues and Latin roots, The Mavericks became great by cutting through the din in smoky rooms where studio tricks didn't factor in — only a killer voice, indelible hooks and the ability to draw in even the most distracted listeners.

On Mono, the band's eighth studio album and second since reuniting in this decade, The Mavericks' members imagine themselves in one of those merciless rooms and come out swinging. Their weapons are consummate skill, the clarion charisma of singer Raul Malo, and the wisdom to know that fun is what wins in the end. Mono was recorded quickly after a long stretch of touring, and it's that old one-signal-path style that requires the band to play utterly in sync, and for the songs to grab attention on their own. The songs are not simplistic — the band has far too wide a range of influences for that — but they are direct. Most call for immediate action: "Fascinate Me," "Let It Rain," "Do You Want Me To." All, even the slow ones, are built to make bodies move.

The golden-book mythology that's settled around roots music can cause its champions to forget that almost all of the original stuff was, first and foremost, danceable. But Malo, who is Cuban-American, and guitarist Eddie Perez, who grew up in the Chicano capital of East L.A., are intimately connected to musical communities that never sat down and got overly reverent. Mono begins with a salsa workout, the sexy "All Night Long," and travels to the band's long-favorite Tejano territory for "Nitty Gritty." The fluidity of Latin music infuses the whole album, even when the flavor is Caribbean ("When I'm With You"), heartaches-by-the-number country ("Out The Door") or Big Bopper rock ("Stories We Could Tell"). Drummer Paul Deakin stays in the pocket wherever the music carries him.

At those 1950s shows, Morrison writes, the band would always end with a slow number — presumably to leave fans with the memory of clinging to a lover while the music washes over them. Naturally, a couple of swooners turn up on Mono. "Let It Rain" travels into the singer-songwriter era, capturing the strange pleasure that can come when a broken heart is healing; and then there's "Fascinate Me," a slow burn that's exactly what any made man from Don Draper to Abel Morales, the harried antihero of A Most Violent Year, would dance to with his favorite blonde. Malo croons that song's declaration of faith as Jerry Dale McFadden spools out a cowboy rhythm on celeste. It's 1954 again, or 1989... or tomorrow. Music this seductive earns the title timeless.