Accessibility links
To End Solitary Confinement, Rikers Steps Out Of The Box With a single move, Rikers Island prison has taken the lead on prison reform on one issue: It banned the use of solitary confinement for inmates under 21 years old. 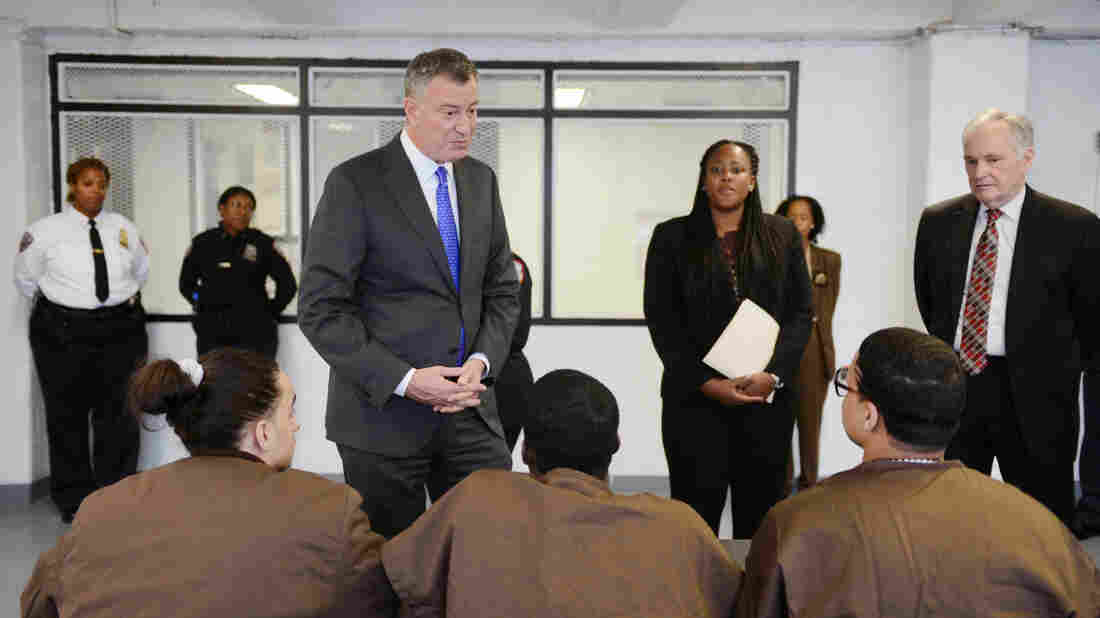 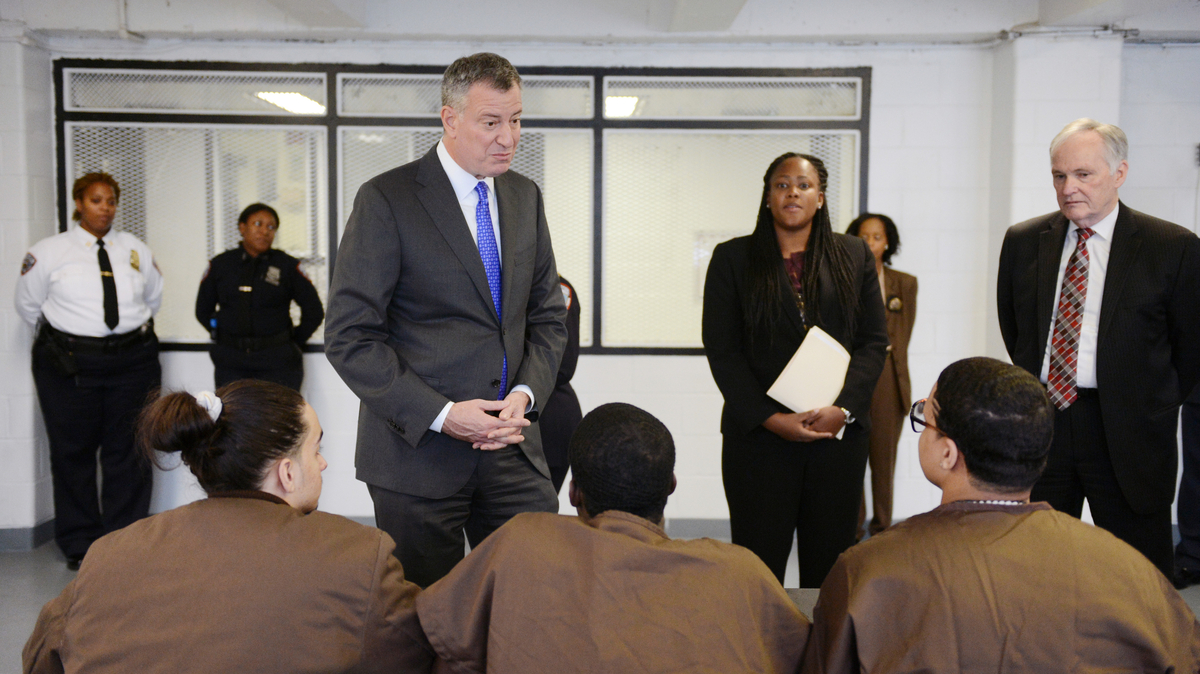 New York's Rikers Island is the second-largest jail in the U.S., and one of the most notorious.

But with a single move, Rikers has taken the lead on prison reform on one issue: Last month, the prison banned the use of solitary confinement for inmates under 21 years old.

Amy Fettig, senior staff counsel for the ACLU's National Prison Project, says the use of isolation is too widespread and that it's being used for the wrong reasons. Often young people are even isolated for their own protection.

"[Rikers] is known for being abusive, for being dysfunctional and broken," Fettig says. "The fact that it has chosen to move away from abusive policies and practices ... has national significance."

Ismael Nazario, from Brooklyn, was 16 when he first landed in Rikers for an assault charge that was later dismissed. Then he got sent back for robbery.

While inside, he was accused of inciting a riot, so he was put into solitary confinement. Nazario says he'll never forget his first night in that 6-by-8-foot cell.

By the third day in isolation, he says, that's when reality really set in.

"You know, this is not the plan I have for myself in life. This is not where I should be; I'm a kid."

To keep occupied, he read everything he could get his hands on. But after a while he'd just stare at the wall. You stare long enough, he says, and you start to see things. Nazario says he started to see "black dots" around his cell, to the point where he thought something was wrong with his eyes.

When he left Rikers at 19, Nazario says, he had spent around 300 days in isolation. He says he wonders what would happen to parents who locked their 16- or 17-year-old child in a room for 23 hours a day, and slid food in under the door.

"But yet when you commit a crime, it's all right for this to happen to young people because they committed a crime; so this is OK," he says.

Norman Seabrook, president of the city's Correction Officers' Benevolent Association, says solitary confinement, or what he refers to as "punitive segregation," is a necessary tool for officers. He says adolescent inmates, like those in Rikers, are in adult prisons and jails for a reason.

Seabrook says there's no magic bullet to fix the problem, but asks, "What do you do with that person that spits a razor blade out of their mouth and slashes another inmate?" Or, he asks, what do you do with an inmate who assaults a clinical worker in the correction facility?

"If you don't have an answer as to what you do with them, and I'm suggesting to you that punitive segregation be a tool to be used to isolate the problems so that they don't continue, then why am I wrong and everybody else is right?" he says.

But retired Judge Bryanne Hamill, who sits on the New York City Board of Correction, says she hears stories of adolescent inmates getting sent to solitary for minor offenses. For simple horseplay or ignoring a direct order, some can see up to 90 days in solitary, where they sit alone and idle.

"But what people have got to refocus themselves on is, 'You did the crime, do the time,' " he says. "And while you're in jail, you will abide by the rules and regulations of the facility."

Seeking Solutions To A Cycle Of Solitary

"More likely than not, once you're there, you're going to continue to break the rules because of the nature of being in solitary and the harm that it's causing you," Hamill says.

Hamill says part of the solution for eliminating the use of isolation, especially for minor offenses or protection, is more correction officers in prisons. They need to build relationships with inmates, she says, and have alternative consequences for rule infractions. She says that's what they've demonstrated at Rikers.