Accessibility links
Advocates Join Fight To Eliminate Detroit's Rape Kit Backlog Six years ago, 11,000 untested rape kits were found in Detroit. Now nearly all of the kits have been tested, but it will cost the city millions to investigate and prosecute every case. 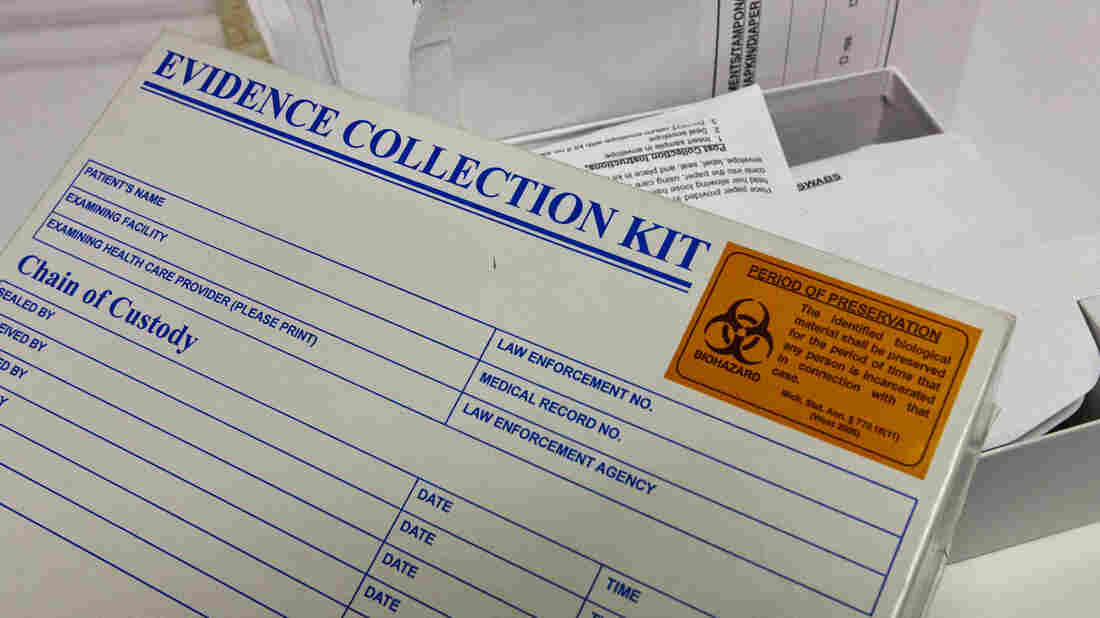 Six years ago, 11,000 untested rape kits were found in an abandoned police storage unit in Detroit. The city is struggling to find funding to eliminate the backlog. Cory Morse/MLive.com /Landov hide caption 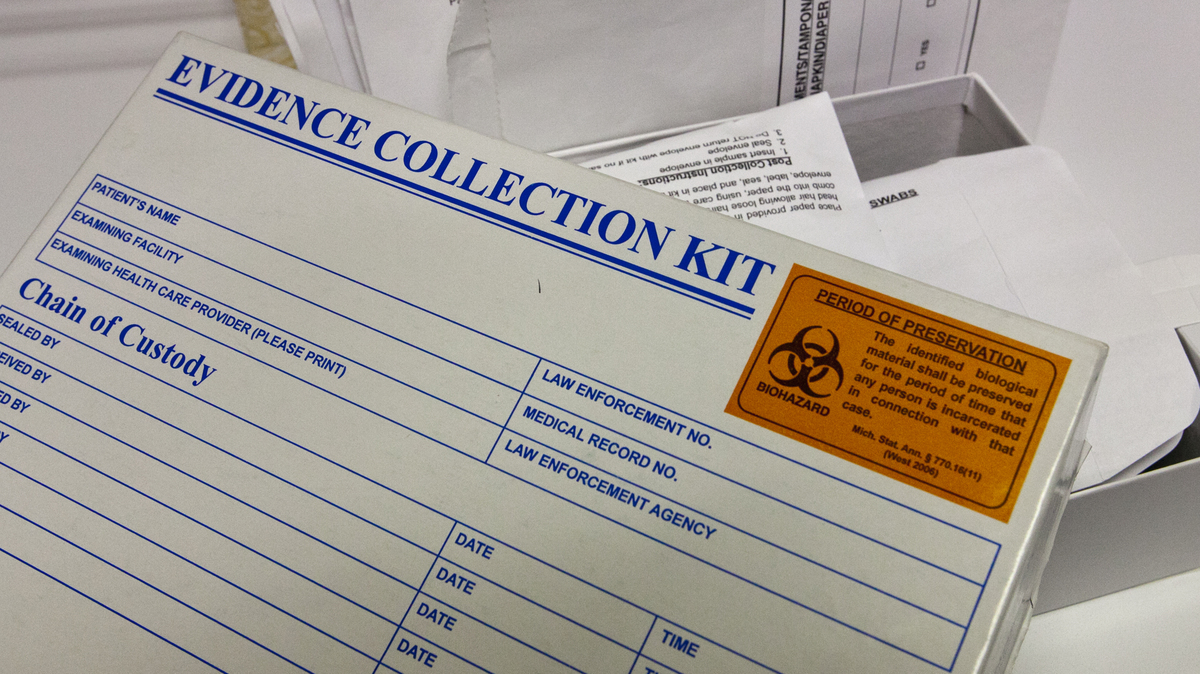 Six years ago, 11,000 untested rape kits were found in an abandoned police storage unit in Detroit. The city is struggling to find funding to eliminate the backlog.

In Detroit six years ago, 11,000 untested rape kits were found in an abandoned police storage unit.

Since then, most of those kits have been sent to crime labs for testing. Prosecutors say the initial results point to at least 188 serial rapists. Often the same DNA shows up in multiple rape kits, or matches DNA in other state databases. But investigating all the results will take millions of dollars the city says it just doesn't have.

The backlog of untested rape kits is not just a problem in Detroit. For example, there are almost 12,000 untested rape kits in Memphis, Tenn., and over 4,000 in Las Vegas. In November, the Manhattan district attorney's office pledged $35 million to help end the nationwide backlog.

So far prosecutors in Detroit have been able to get 15 convictions from testing these rape kits.

One of those kits belongs to Tracy, who was raped at gunpoint in 2004. She asked that we not use her full name for privacy reasons. 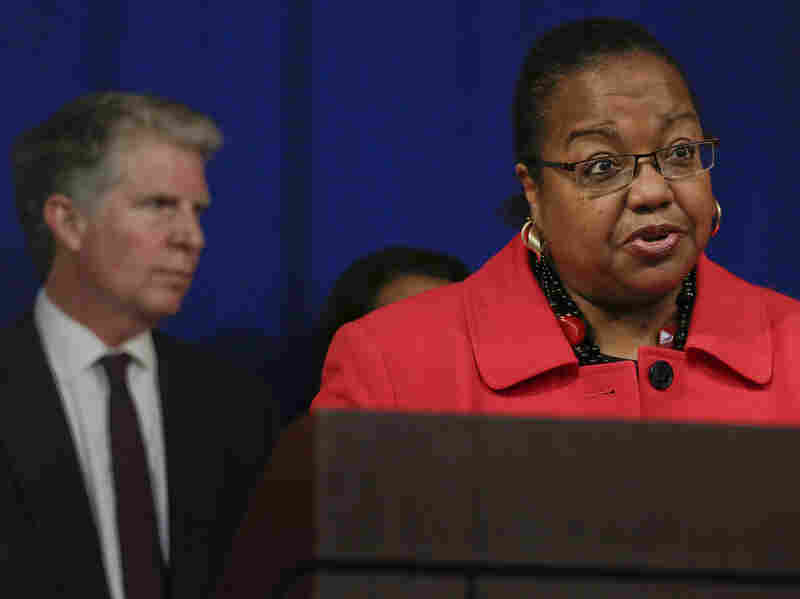 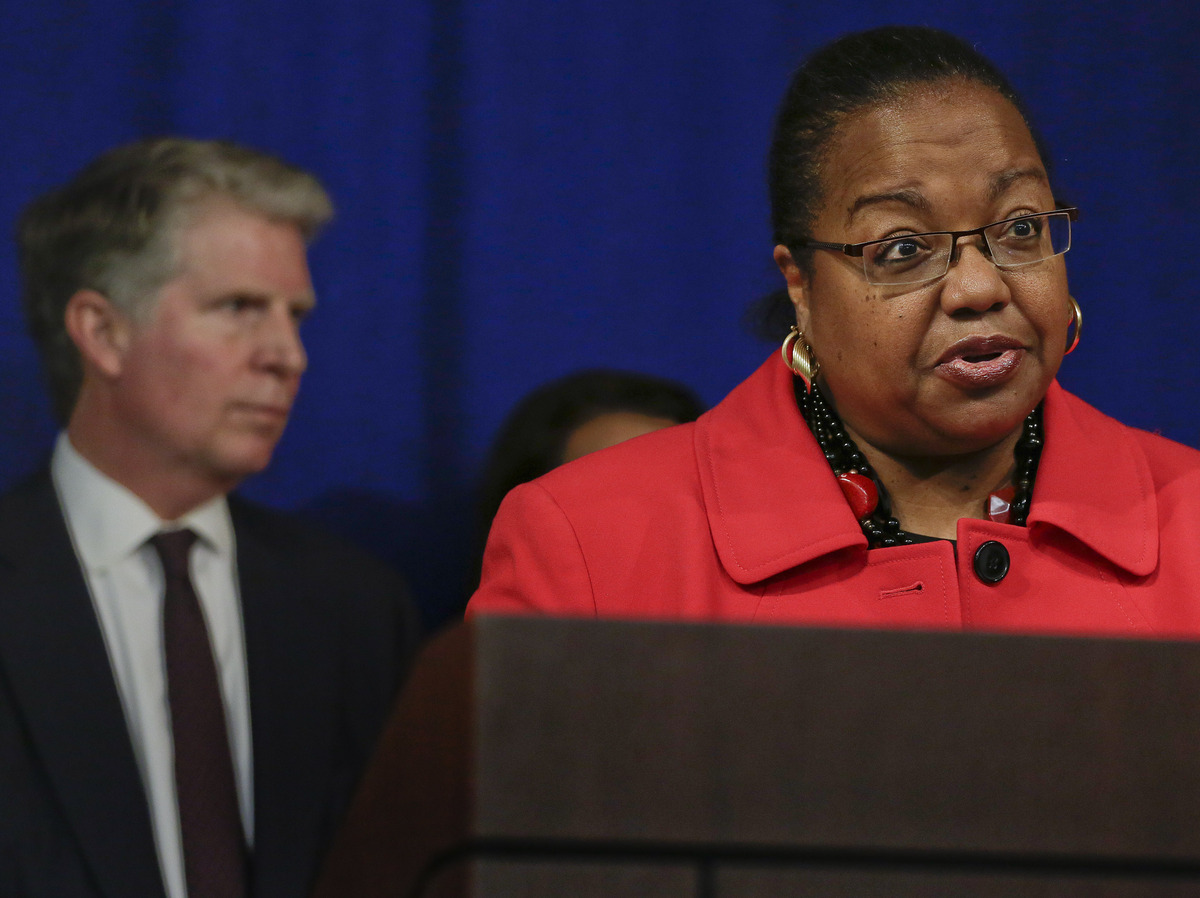 Detroit Prosecutor Kym Worthy talks about the $35 million pledged by the Manhattan district attorney to help eliminate a nationwide backlog in testing rape kits during a news conference in November.

After she was raped, Tracy went to a nearby hospital where her body was combed for DNA evidence, which was put into a little plastic container that resembles a lunchbox or a first aid kit. Hence the name "rape kit."

But Tracy had no idea that her rape kit and 11,000 others sat in an offsite police storage unit for years. That is until police showed up at her apartment last year, saying that her kit had finally been tested. It was a full 10 years after she was raped.

"And I remembered the rape, but it was back here," she says. "You know, I just suppressed it. And when they brought it up, I'm like, 'Oh my god.' And they wanted me to go to court to try to prosecute the guy. I was kind of scared, but I knew I had to do what I had to do, so he wouldn't do it to nobody else."

The initial DNA hits are turning up serial offenders. In some cases, prosecutors are finding offenders who are already in jail for rapes or murders they committed after the abandoned rape kits were first submitted to Detroit police.

But the city doesn't have nearly enough money to investigate and prosecute all of these cases.

"It's ridiculous," says Kym Worthy, the prosecutor for Wayne County, which includes Detroit.

She says it's taken a ton of work just to get the state and federal government to pay $5.5 million to test the kits and do some initial investigations.

"It was a fight to try to get funds, you know, dollars and cents to do this," Worthy says.

But they still need about $10 million more to investigate and prosecute the rest of the cases.

And that's where Peg Tallet comes in. She works with the Michigan Women's Foundation, which is asking businesses, foundations and even just regular people to help them raise this $10 million.

Tested At Last, Rape Kits Give Evidence To Victims' Stories

"Somebody said to me, how are you gonna do this?" Tallet says. "You can't raise money for something this sad, you know? So how do you turn something devastating like this into a good news piece?"

Tallet has ramped up her foundation staff from four to 14. Her pitch to potential staffers goes something like this: "We're gonna solve this. When I've raised money for hunger, we didn't stop hunger in America, but in this case, we're gonna solve this. And we'll take these people off the street."

So far, Tallet says they've raised about $825,000 from people in 45 states and eight countries. But many Detroit residents are angry that in this city, something as basic as putting rapists in jail needs a fundraiser.

Tracy, the woman who was raped in 2004, gets that, but she welcomes any progress.

"They are actually, finally trying to do what they should have been doing a long time ago," she says. "So now that they are trying, I would give them their props about that."

Solving these old rape cases is going to be slow and expensive. But at least now that work can continue, even if it means asking donors to help the city do its job.