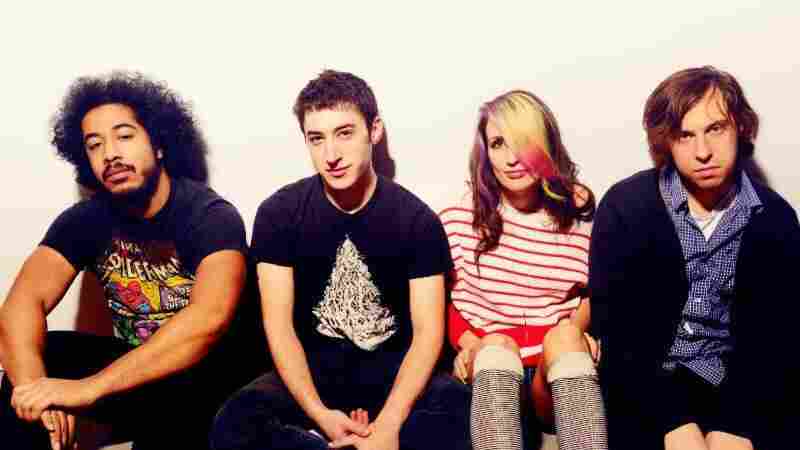 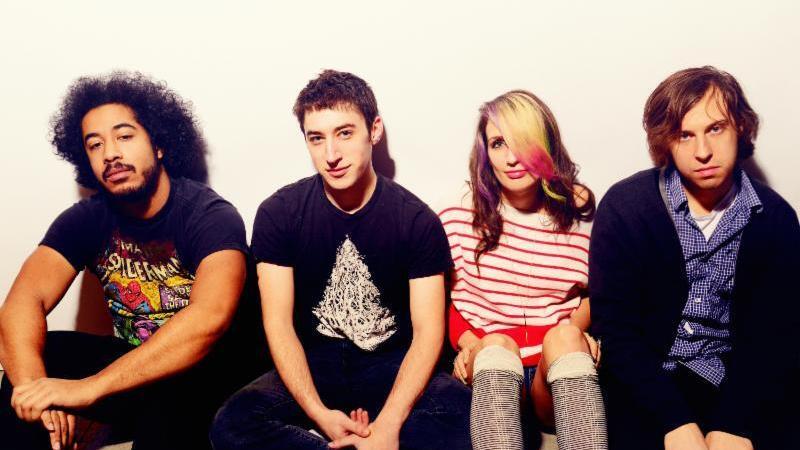 The songs of Sadie Dupuis, the songwriter and guitarist of Speedy Ortiz, dance a tightrope of juxtapositions: Equal parts hilarious self-deprecation and wry honesty, she can fire off lyrical phrases masked in ambiguous, sing-songy non sequiturs, then reveal personal opinions and complicated feelings that cut deep. While Speedy Ortiz's wiry guitar lines and knotty melodies are taut enough to get stuck in your ear, the Massachusetts band is masterful at building heavy, gnarled tension that can erupt into noisy diversions at any moment.

It's a lean and arresting sound that Dupuis and her bandmates — guitarist Devin McKnight, bassist Darl Ferm, drummer Mike Falcone — cultivated on their 2013 debut, Major Arcana, as well as on last year's Real Hair EP. But with "Raising The Skate," a blistering kiss-off song on the band's upcoming album Foil Deer, Speedy Ortiz takes another confident leap.

Dupuis frequently mines past mistakes and vulnerabilities in her songs, and "Raising The Skate" finds her taking ownership of her faults, in the process sounding as bold and unapologetic as ever. Against frayed-nerve guitar riffs and rock-salt distortion, Dupuis is fed up and unwilling to keep letting toxic people in her life underestimate her. With a satisfying refrain — "I'm not bossy, I'm the boss... caller of the shots" — "Raising The Skate" asserts itself as an empowering call to arms.