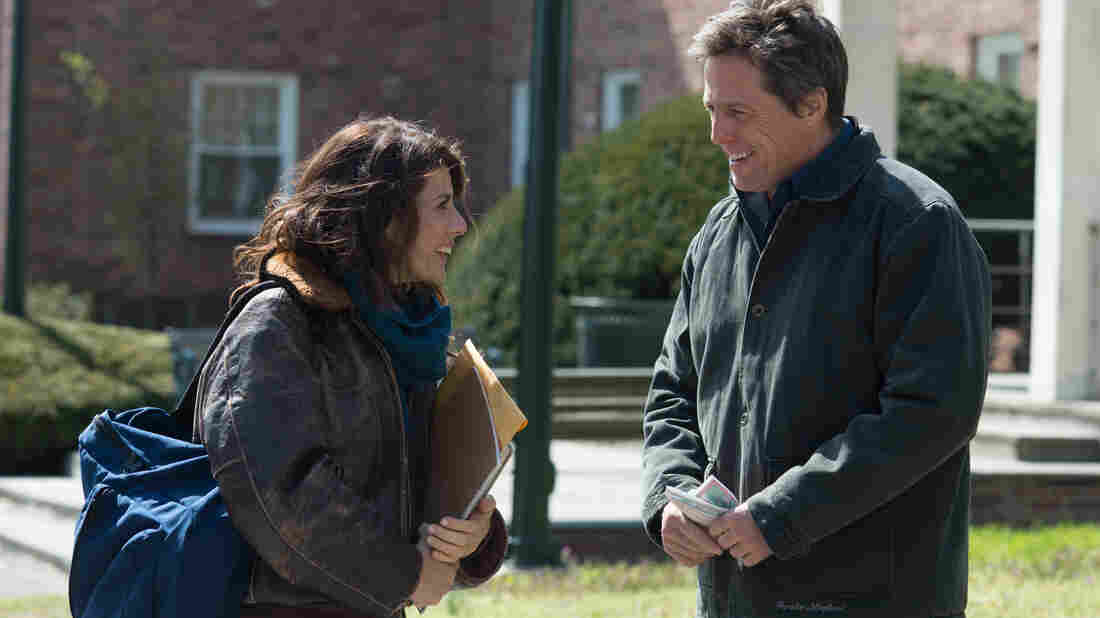 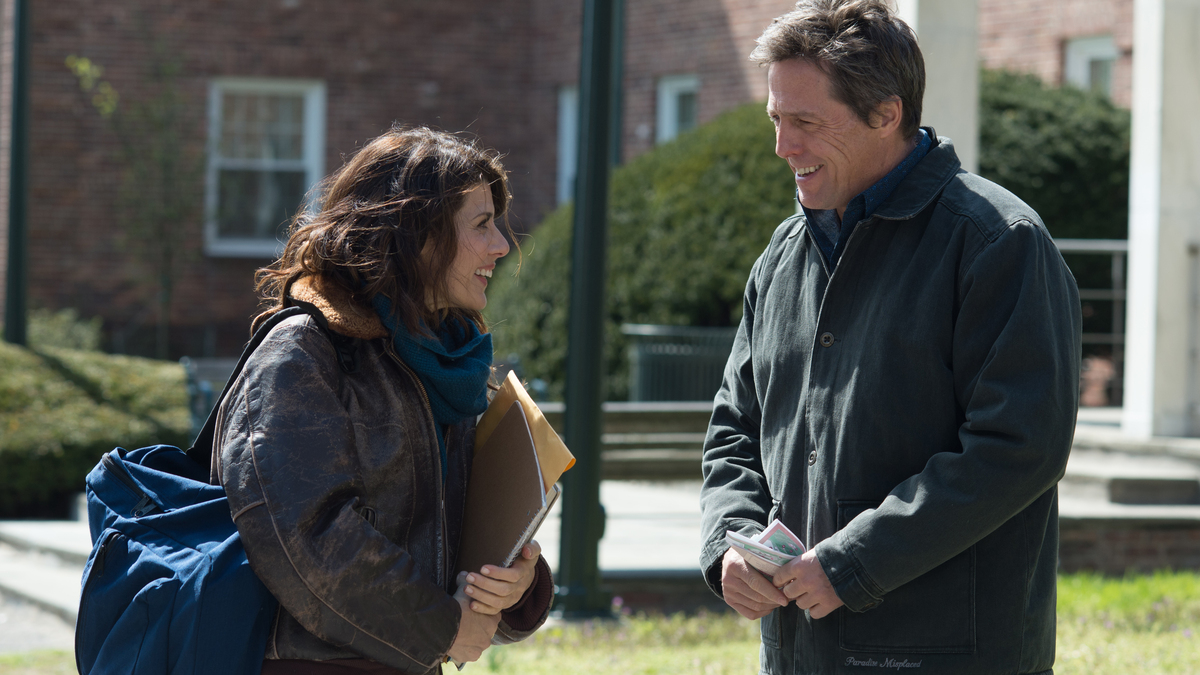 Marisa Tomei and Hugh Grant star in The Rewrite.

Even when he's walking through the shambling shtick he can do in his sleep, Hugh Grant always gives good value.

In Marc Lawrence's sweetly undemanding new comedy The Rewrite, the British actor is in familiar mode, rumpled and stammering as Keith Michaels, a once-successful screenwriter now left behind in Hollywood's mad scramble for "edgy comedies with a kick-ass young woman." Down to his last option, Keith reluctantly accepts a gig as a writer-in-residence at a public university in upstate New York.

Colleges being what they are — insular and hermetically sealed from the outside world, just like Hollywood — kooky characters removed from reality abound in SUNY Binghamton's creative writing program. Among them are a sentimental department chair (J.K. Simmons) who's also a former Navy Seal (J.K. Simmons), and a Shakespeare-spouting prof (Chris Elliott) who comes with a dog named Henry IV.

To no one's astonishment but his own, Keith soon learns that the kooks are also people of substance and decency who will pry him loose from his self-destructive misperceptions: that he's slumming among them, that writing can't be taught, that his private life is not irrevocably screwed by divorce or the failure to get greenlit in Burbank.

Lawrence went to college at Binghamton, and he's lovingly attentive to the town's lopsided physical charms: lovely nocturnal use is made of a carousel that inspired an episode of Rod Serling's The Twilight Zone. Keith is led there by Holly (the reliably enchanting Marisa Tomei), a mature student and single mother so cheerfully undaunted by anything life throws at her that you want to bottle her.

Snagging Tomei ought to be a lucky break for anyone, but for a while at least, Keith is too busy doing Hugh-Grant-in-romantic-comedy. Craning his neck forward, he flaps his hands, blinks furiously, mumbles into his shirt as he conducts an ill-judged fling with a casually seductive student (Bella Heathcote), then runs his politically incorrect mouth with a thin-skinned women's studies professor (Allison Janney). Luckily, Holly is on hand to help Keith rewrite all manner of lousy scripts.

Hanging out with Keith and Holly in this kindly, observant movie is a perfectly pleasant way to pass 107 minutes. And Lawrence is wise about the bounty any life's third act can bring, including the satisfaction of launching someone else's first act. But in his fourth collaboration with Lawrence (after Two Weeks' Notice, Music and Lyrics, and Did You Hear About the Morgans?), Grant offers us nothing fresh to look at beyond his usual reformable cad.

Yet anyone who thinks Grant can't act a lick needs to be reminded of his sneering theater director with a taste for adolescent boys in An Awfully Big Adventure, or in Restoration as a hilariously untalented royal portrait painter. He had six viably nasty cameos in Cloud Atlas, and in the excellent About a Boy, he showed us the pathos of a trust-funder who's never been given the opportunity to strive or commit. And if you really want to go back in time, there's Grant's still, restrained dignity as Chopin in the 1991 Impromptu, or in the 1987 E.M. Forster adaptation Maurice, where he played a young man struggling to come to terms with his homosexuality.

Given the chance, Grant has shown himself a subtle and versatile interpreter of human alienation. He hasn't aged as decoratively as, say, George Clooney, but his range is wider than the compulsively suave Clooney ever may achieve. Now that he no longer looks like the Eternal Boy, Grant has a choice to either repeat the shtick over and over until he turns into Jack Nicholson, or go after more of the deep, dark roles that stretched him so memorably back when he was pretty.