Accessibility links
As Commodity Prices Plunge, Groceries May Be Next Oil prices aren't the only thing that's dropped. The prices of everything from corn to sugar have fallen, too. So some economists predict lower prices at the grocery store later this year. 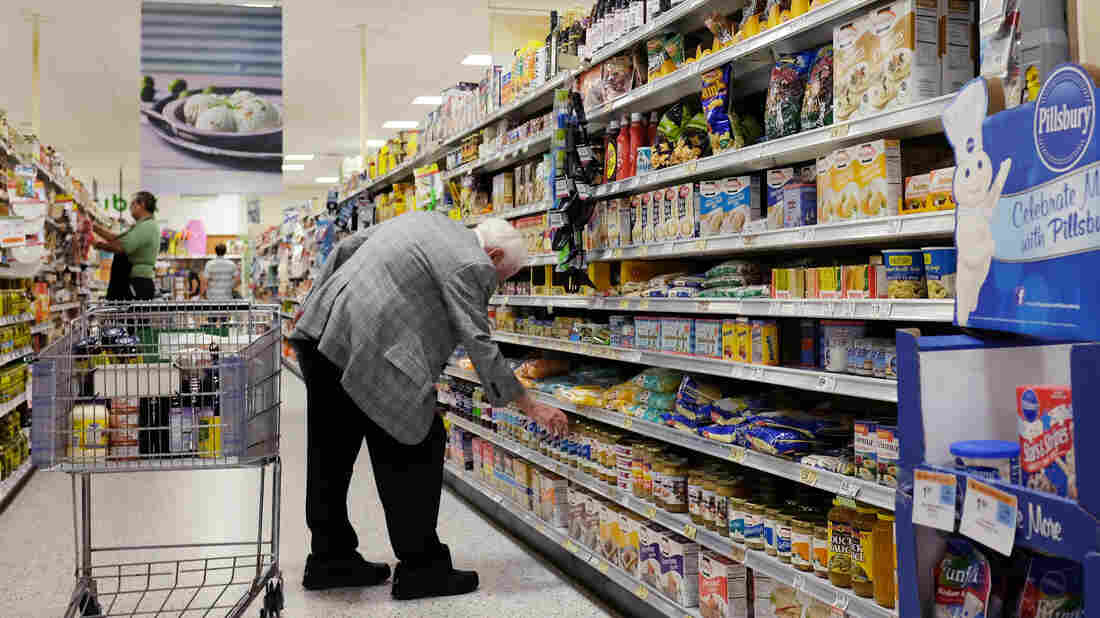 The prices of everything from corn to sugar have fallen, too. So some economists predict lower prices at the grocery store later this year. Joe Raedle/Getty Images hide caption 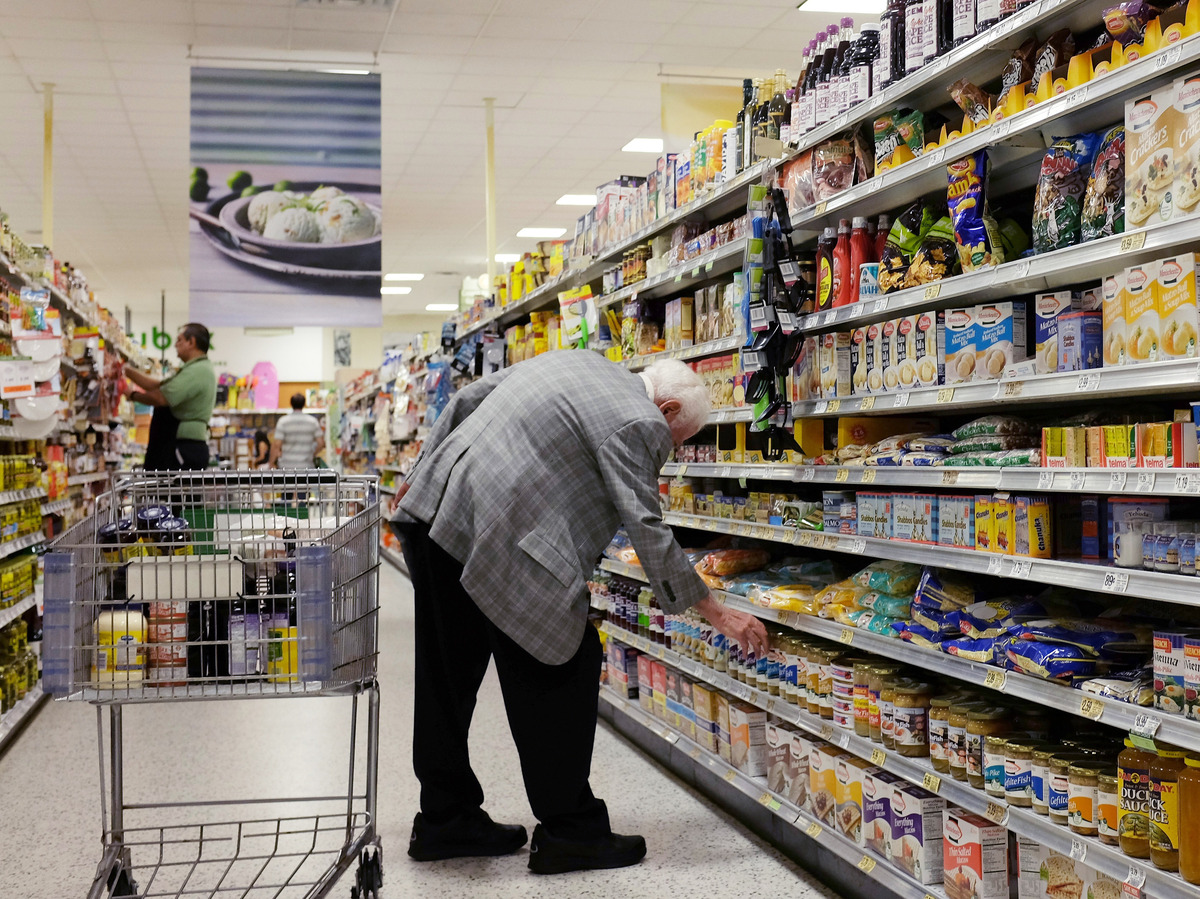 The prices of everything from corn to sugar have fallen, too. So some economists predict lower prices at the grocery store later this year.

Anyone who has pulled up to a gas station this winter knows oil prices have fallen — down roughly 50 percent since June.

But it's not just oil. Prices for many commodities — grains, metals and other bulk products — have been plunging too.

Here are a few of the changes since many prices peaked in recent years:

The list could go on and on. Soybeans, tin, sugar, wheat, cotton — all are much cheaper than a few years ago. The changes have been putting a squeeze on farmers and miners, but so far at least, most of these commodity plunges haven't done much to help U.S. shoppers.

With the exception of gasoline, "the price changes are not being immediately passed through to consumers," said Sean Snaith, an economic forecasting professor at the University of Central Florida.

Snaith said U.S. companies know global commodity prices can be very volatile, so they are afraid to cut consumer prices — at least not until they are sure that cheaper raw material prices are here to stay.

"There's an old saying: Prices go up like an arrow and come down like a feather," he said.

But eventually, even a feather does float down. So some economists believe that later this year, retail prices for groceries and goods may start to decline.

Let's look at what's been happening with crops, like corn and wheat, and consider where we might be going this year:

Over the past decade, many people around the world, especially in China, kept getting richer and buying more food. That encouraged farmers everywhere to plant more seeds.

Global food output rose, but so did prices as demand continued to shoot up. By 2011, many people around the world were experiencing food shortages and steep price increases.

But the market adjusted and production improved. A recent report by the USDA said world wheat and soybean production are at record highs. The huge harvests are helping push down prices.

And it's not just grains. In Florida, the mild hurricane season helped send orange juice futures down to about $1.35 a pound, compared with their 2012 high of more than $2.

Looking ahead to this year's growing season, harvests may again be huge. That's because cheap energy is making it easier to plant more. Farmers who are paying a dollar-a-gallon less since a year ago for diesel fuel can run their tractors longer.

If the weather is good this summer, corn silos will be bulging by fall. That means ranchers and farmers will have cheaper corn to feed livestock, helping restrain meat and poultry prices.

At the same time, the global economy is running at a sluggish pace, so demand for food is not growing the way it had been a decade ago.

Also, the value of the dollar is now at a 10-year high. That means Americans will be able to purchase foreign foods, like cheeses and fruit, for less. Also, foreign customers won't be able to buy as much from U.S. farmers, allowing more U.S.-grown food to remain at home with U.S. consumers.

So put all of these factors together: the potential for huge harvests; cheaper food imports; and reduced foreign competition for food and cheaper energy costs for farmers. That sounds like a great formula for bargains at the grocery store later this year.

And a price downdraft may hit manufactured goods too. That's because raw materials — tin, nickel, lead and so on — keep getting cheaper too. U.S. coal prices have tumbled back nearly to the lows set in early 2009 during the worst of the Great Recession.

Economists say these across-the-board price drops in industrial commodities largely reflect the dramatic economic slowdown in China, Europe and other regions. When they are growing more slowly, then they don't need as many raw materials.

But any American who has been out shopping lately may be thinking: huh? What price breaks? New cars cost more. Meat prices have remained stubbornly high. Eggs are expensive. When exactly will these lower commodity prices translate into relief for U.S. consumers?

"It depends," Snaith said. "If these factors persist through 2015, we would expect to see these price declines make their way to consumers. But it's a waiting game."