Accessibility links
'Do Not Fear For Me': Remembering Kayla Mueller With Her Own Words NPR's Scott Simon remembers Kayla Mueller by reading from a letter she sent her family in the spring of 2014. She died while being held captive by the group that calls itself the Islamic State. 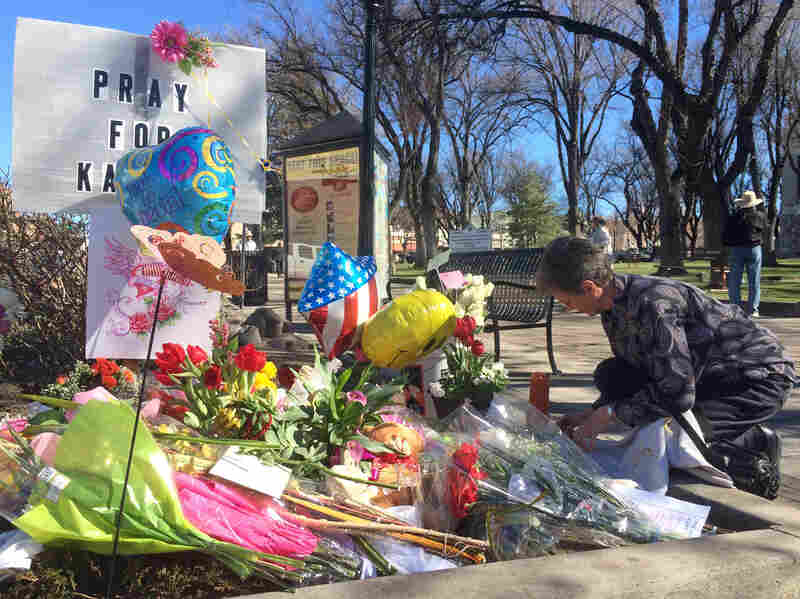 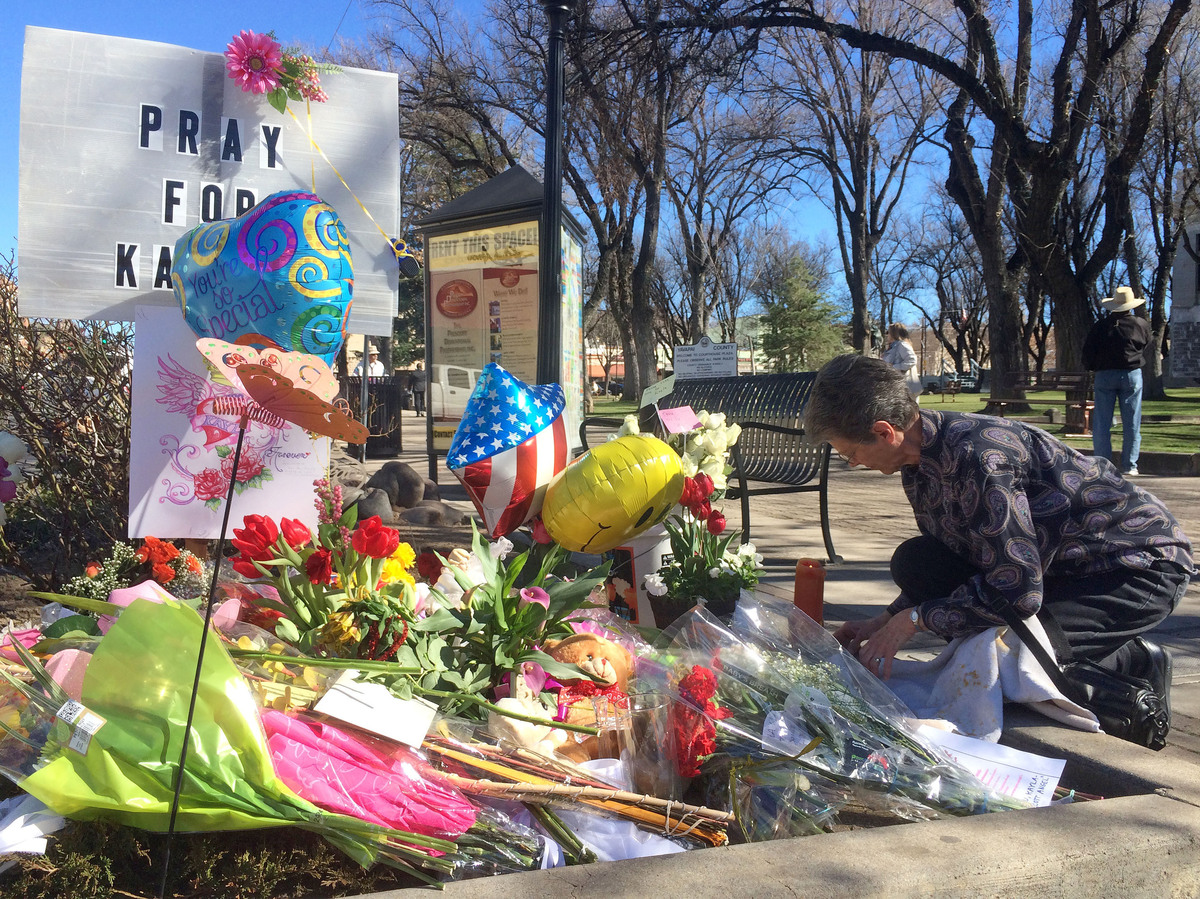 A woman kneels near a makeshift memorial for Kayla Mueller in Prescott, Ariz.

It has been wrenching these last few weeks to hear about the hostages killed by the group that calls itself the Islamic State, and learn about the extraordinary people we have lost: humanitarian workers, independent journalists, people who chose to put themselves in one of the most dangerous spots on earth in hope that they might do something needed and good.

There's the same sense of loss to read about the three Muslim students killed in Chapel Hill. Deah Barakat and his wife had planned to go to Turkey to give dental care to Syrian refugees.

The parents of Kayla Mueller, the aid worker whose death was confirmed this week, released a letter she was able to send her family last spring from her captivity by ISIS. It is hard to imagine the conditions under which she may have written. She had been a prisoner for about 9 months, but tells her family that she's safe and well-treated; she doesn't want them to worry. You may be struck — knocked over, in fact — by the huge spirit and soul of a young woman who is already giving the gift of her life to the service of others.

"I have been shown in darkness, light + have learned that even in prison, one can be free," Kayla Mueller writes. "I am grateful. I have come to see that there is good in every situation, sometimes we just have to look for it. I pray each each day that if nothing else, you have felt a certain closeness + surrender to God as well + have formed a bond of love + support amongst one another ...

"The gift that is each one of you + the person I could + could not be if you were not a part of my life, my family, my support. I DO NOT want the negotiations for my release to be your duty, if there is any other option take it, even if it takes more time ...

"None of us could have known it would be this long but know I am also fighting from my side in the ways I am able + I have a lot of fight left inside of me. I am not breaking down + I will not give in no matter how long it takes."

"I wrote a song some months ago," Kayla Mueller told her family, "that says, 'The part of me that pains the most also gets me out of bed, w/out your hope there would be nothing left...' — The thought of your pain is the source of my own, simultaneously the hope of our reunion is the source of my strength. Please be patient, give your pain to God. I know you would want me to remain strong. That is exactly what I am doing. Do not fear for me, continue to pray as will I + by God's will we will be together soon.

"All my everything, Kayla"