Accessibility links
Interview: Neil Gaiman, Author Of 'Trigger Warning' Trigger warnings caution readers to tread carefully and Neil Gaiman encourages those who pick up his latest collection of "short fictions and disturbances" to do the same. 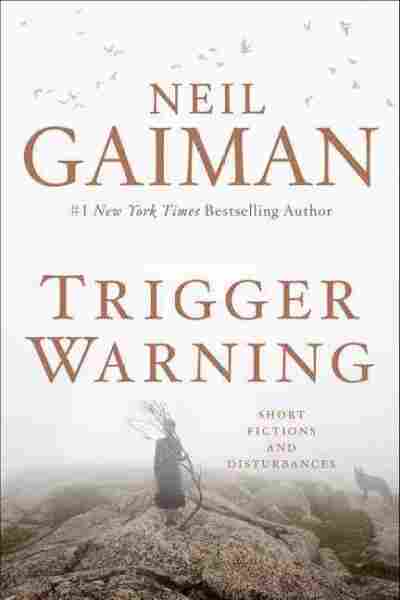 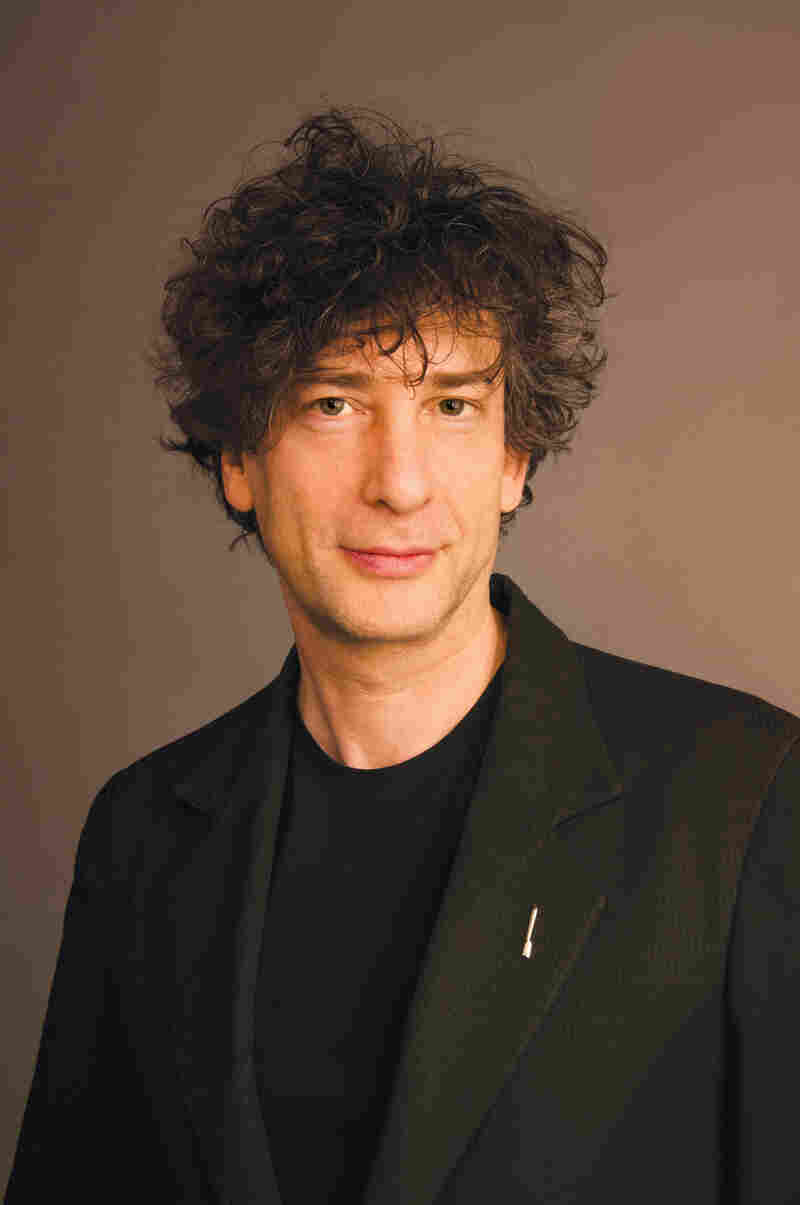 Neil Gaiman's other books include The Ocean at the End of the Lane and Stardust. Kimberly Butler/Courtesy of HarperCollins hide caption 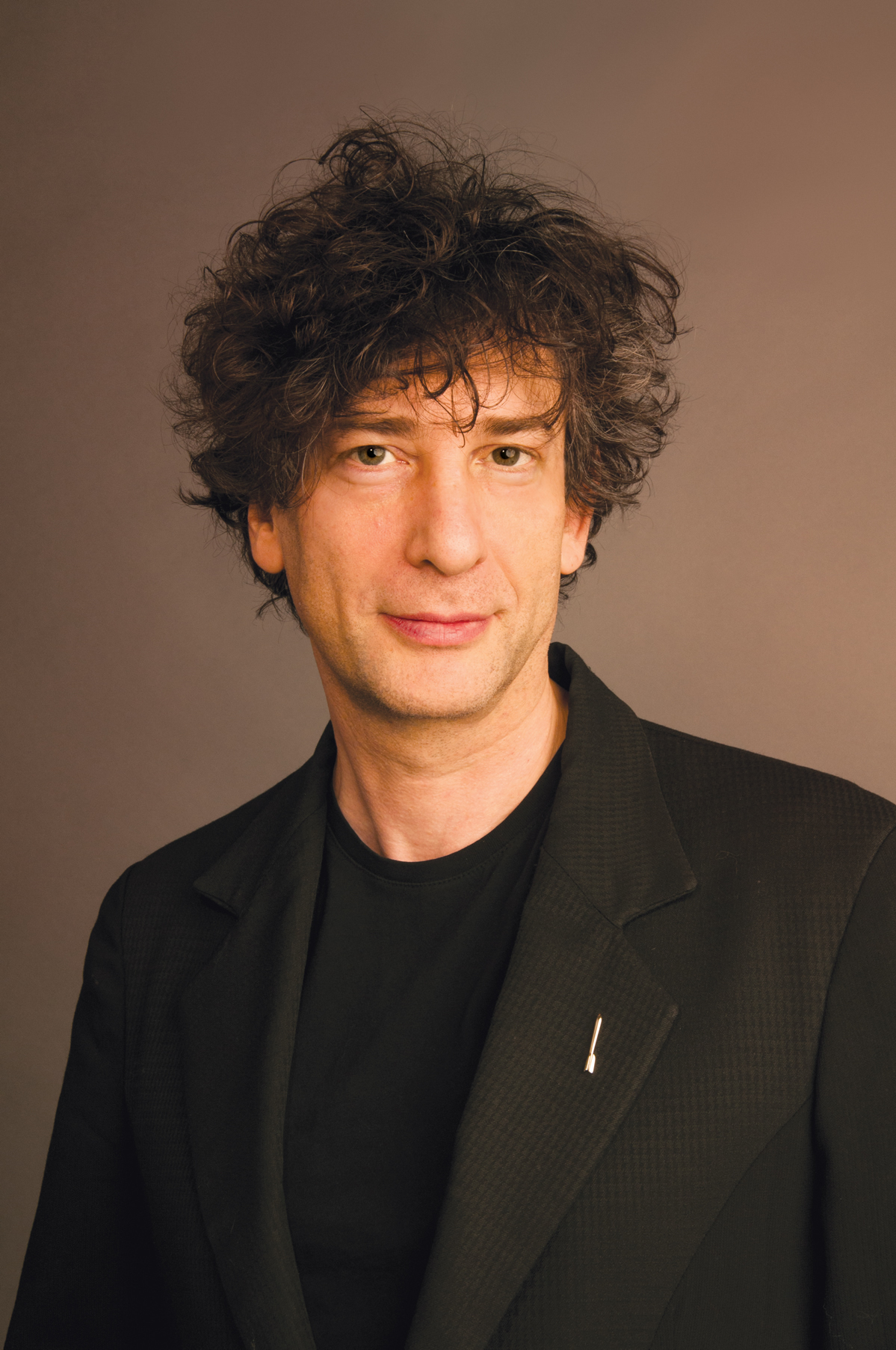 Neil Gaiman's other books include The Ocean at the End of the Lane and Stardust.

Trigger Warning is a term used to warn someone about potentially harmful reading material. It's also the title of Neil Gaiman's newest collection of short-fiction.

As Gaiman writes in his introduction to the book, "We each have our little triggers ... things that wait for us in the dark corridors of our lives." The book includes a story about a man who made up an imaginary girlfriend in high school only to have her actually show up years later; the story of a man who is slowly forgetting things that were important to him; and dark take on the fairy-tales of Snow White and Sleeping Beauty.

Gaiman calls the stories a "hodgepodge," with no real interweaving theme throughout. But each of the stories and poems celebrates a different aspect of storytelling that has informed the author's life.

I was the kind of kid who read everything. And, you know, when you read everything, you wind up reading short stories or stories that just, you shouldn't probably have read yet and the kinds of things that gave me nightmares. I remember a short story by a man called Charles Birkin about a father who realizes that his missing daughter was turned into a circus freak by a mad professor who kidnapped children and turned them into horrible freaks using surgical means. And it just rocked my world! At 9, I thought the world was safe and the idea that people could come in and take you away from circuses and turn you into speechless golden-eyed creatures that would gaze imploringly at your parents if they ever came past and there was no hope. That was one that absolutely shook me, it gave me nightmares, it disturbed me. But I look back now and I go, "Well, I'm the person I am because I read that." Would I change it? I don't think I would.

On the story 'The Man Who Forgot Ray Bradbury'

I wanted to write a story for Ray Bradbury for his 90th birthday. And I started just thinking, what if I had forgotten Ray? What if I could sort of remember his stories but I'd forgotten him, I couldn't remember his name? What if forgetting his name meant more than that? The act of forgetting him meant that perhaps he was becoming forgotten by the world. That all led me into to the idea of just writing a monologue, essentially, by a man who forgot Ray Bradbury and was just desperately trying to remember him.

On the unifying themes found throughout stories in Trigger Warning

In some ways, it's me tipping my hat both to the human imaginative facility, the fact that we can imagine, and it's also a way of trying to celebrate aspects of and creatures of and people of the imagination that I've loved. Which is why it contains a Sherlock Holmes short story, which is why it has a tribute to Bradbury, which is why it has a Jack Vance story. There are things in there that are just ways of tipping my hat to things and fictions and acts of imagining that I have loved.

I sympathize with them. I empathize with them. And ... I'm a terrible writer ... like a bad writer because I get distracted. I go and do things that seem like they're going to be fun and very often they are. Then I look around and I have all these people going, "This thing you liked! Why aren't you doing a sequel to it?" And I'm going, "Well, because I had other stuff I wanted to do, and it seemed like fun."

But you're right, I haven't actually written that novel yet. I will! I really will!

Read an excerpt of Trigger Warning