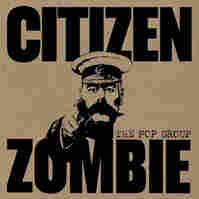 These days, band reunions are more of an expectation than a novelty. They can function as a victory lap, as a chance to build memories for those too young or too distant to have caught them the first time, and as an opportunity for original fans to revisit an era when they were younger and perhaps more idealistic.

That said, it was difficult to anticipate a reunion of The Pop Group. One of the slipperiest, most abstractly defiant of all the British post-punk acts, the Bristol band immediately leapt to the dance floor with its now-classic debut single "She Is Beyond Good And Evil," then spent the next two years in tumultuous detour, inhaling chalky improvisations and hissing out agitprop and dystopian screeds. Recording around the height of reggae/dub production techniques being leveraged for punk's antecedents — as well as the pressure of life before and during Margaret Thatcher's reign — The Pop Group enjoyed the simultaneous benefits of street-level familiarity and young intellectuals' quest to destroy and create in deliberate armloads. When the band split up in 1980, the resulting strands (Mark Stewart + Maffia, Maximum Joy, Rip Rig + Panic) were telling enough. The Pop Group's ambitions had shattered its container, sprawling its members toward their own ends, each loaded with his own conceptions of what his music should be.

Now, without much warning (save a few ATP festival dates in years past), The Pop Group is back. Citizen Zombie is by far its most cohesive effort, that rare reunion record where the primary focus of the band's initial output is matched with modernist touches without diluting the message or approach. Put simply, it's the kind of record that angry artists in their 20s — angry enough to make works like "We Are All Prostitutes" and For How Much Longer Do We Tolerate Mass Murder? — would make 35 years later, with all their ideas and ideals intact. All the burners are still cranked up high.

Retaining vocalist Mark Stewart, guitarist Gareth Sager, bassist Dan Catsis and drummer Bruce Smith from The Pop Group's 1979 lineup, Citizen Zombie takes advantage of new technology. It's also got a friendly producer in Paul Epworth (with a resume that spans from The Rapture to Adele), who puts forth his considerable skill in a serendipitous case of idol worship. This thing sounds massive, front to back, as it embraces the discord of The Pop Group's past and the right-sizing of its strengths. "Mad Truth" and "s.o.p.h.i.a." relate how much the band's dancier content informed the Happy Mondays a decade later; these songs sound loose-limbed and prescient. Elsewhere, anthems like "Age Of Miracles" push their agenda through a bass-heavy rendition of house music, while "St. Outrageous" forces disharmonious concepts back into the fold. Stewart's industrial-strength dub leanings post-Pop Group surface in "The Immaculate Deception" and the title track with alarming force.

What's most noticeable about Citizen Zombie, beyond the message and the execution, is the beauty of a band that, given a second chance, proves to have more truths to tell. Accumulating a full head of steam, The Pop Group meets the modern era head-on, tempering its dystopias with the rhythms required to move bodies and open minds.