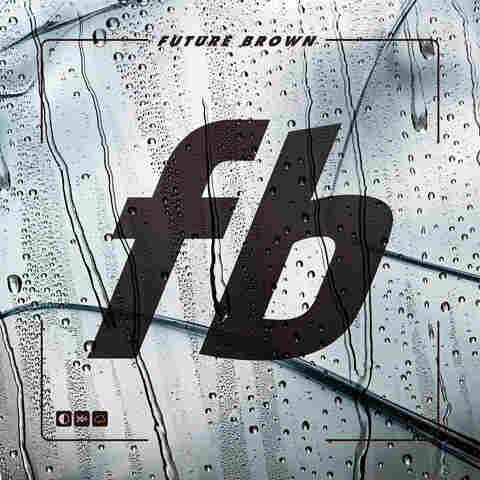 Future Brown is a post-human, post-geographical electronic music collective that is both decidedly human and highly geographical. The four main members hail from far afield (Los Angeles, New York, Kuwait) but live most fully in the drifting state that artists can inhabit when they work the global circuit right. Fatima Al Qadiri is the best-known, with releases on the U.K. labels Fade To Mind and Hyperdub and extra-musical membership in the GCC, a conceptual art project that addresses hyper-real life in the Persian Gulf. Alongside her are Daniel Pineda and Asma Maroof of the club-minded duo Nguzunguzu and J-Cush (of the New York label Lit City Trax). The particulars of the roster, however, are less important than the overall sense that these musicians have a lot going on in many different spheres.

Rappers abound, as well, to fantastic effect. As is the custom in the genre of grime and what gets wrangled together under the catchall term "bass music," mic duties are handed over to a rotating cast and crew, with rhymes flying over beats that strive to sound cohesive and unique. "Room 302" opens with sass and force courtesy of Tink, who invites an otherwise happily attached paramour to stray and avail himself of her many charms ("I know you wanna hit that," she raps, before continuing, "I'm trying to seduce you, I've got a couple hundred ways I can use you"). "Talkin Bandz" follows on a weightier and more concussive note with a heavily AutoTuned DJ Victoriouz slurring alongside fellow Chicagoan Shawnna. Swerving severely again, "Big Homie" pits posse vocals by Sicko Mobb against a dainty sort of digital calypso, complete with a simulacrum of a steel drum.

The rapping taps into a wide variety of techniques and moods, but the production underneath does at least as much work. The guiding principles are a devotion to spacious, fractious beats and allusions to worldly sounds re-imagined for a borderless state of mind. Most common is a kind of all-over worldliness employed by Fatima Al Qadiri on her 2014 album Asiatisch, which plays with notions of Eastern melodies delivered by synthesized strings. But other examples proliferate, from the reggaeton lilt of "Vernaculo" to the Miami-bass-grade boom of "Killing Time." Track by track, with different rappers enlisted, it makes for multiplicity, kind of like a mixtape. As a whole, it's future music for a world faithful to a sense of place, but eager to explore new orbits.