Accessibility links
Louis Jourdan, Hollywood's Favorite French Lover, Dies At 93 Louis Jourdan, the dashingly handsome Frenchman who starred in Gigi, Can-Can and other American movies, has died. Through most of his career as a leading man, he was subject to typecasting. 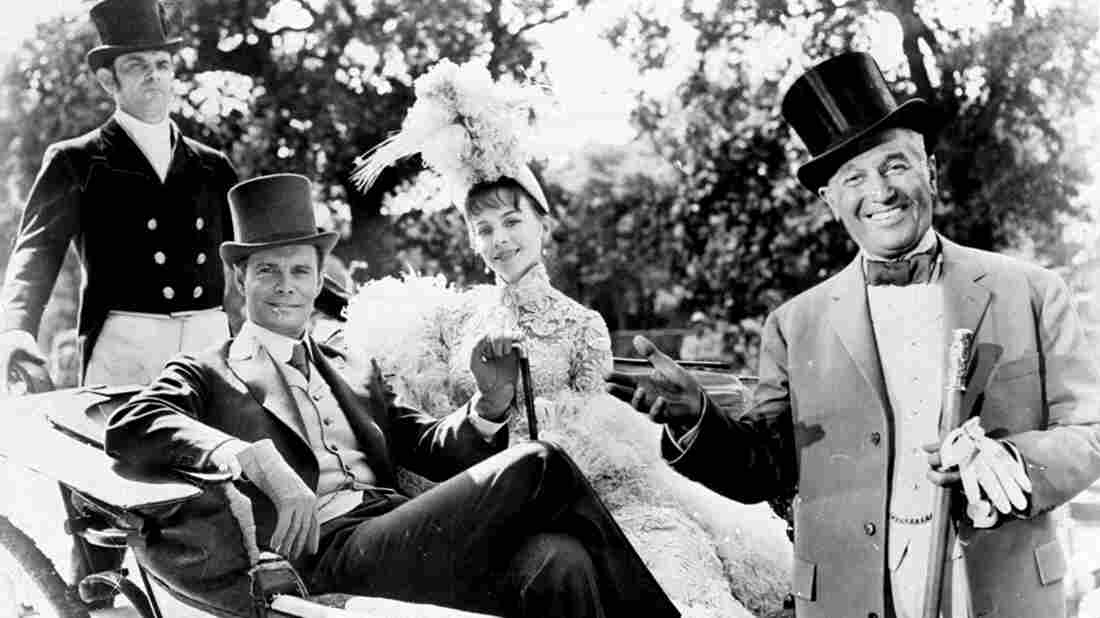 This scene from the 1958 film Gigi shows stars Louis Jourdan sitting across from Leslie Caron, with Maurice Chevalier standing to the front of them. Anonymous/Associated Press/MGM hide caption 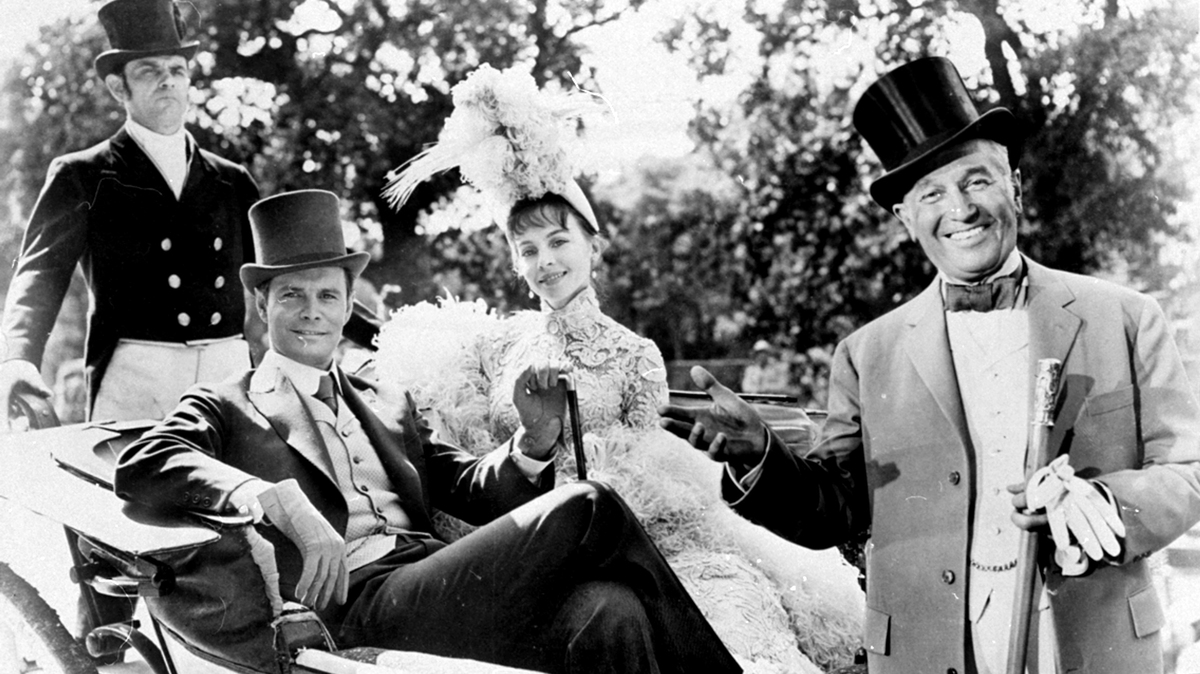 This scene from the 1958 film Gigi shows stars Louis Jourdan sitting across from Leslie Caron, with Maurice Chevalier standing to the front of them.

Louis Jourdan, the dashingly handsome Frenchman who starred in Gigi, Can-Can, Three Coins in the Fountain and other American movies, has died. He was 93.

"He was the last French actor from the Hollywoood golden era," said Minne, who is working on a book and documentary about Jourdan. "Louis was very proud of his career in America."

Succeeding Charles Boyer as Hollywood's favorite French lover, Jourdan romanced Joan Fontaine, Jennifer Jones, Grace Kelly and Shirley MacLaine in films during the late 1940s and throughout the 1950s. He also showed that he could play a villain in Julie (1956), in which he was Doris Day's husband, a psychopathic killer.

Through most of his 15-year career as a leading man, he was subject to the Hollywood habit of typecasting.

"Any actor who comes here with an accent is automatically put in roles as a lover," he complained. "I didn't want to be perpetually cooing in a lady's ear."

When Jourdan was brought to Hollywood by David O. Selznick in 1947, the producer instructed him to "learn good American English the way it is spoken by John Barrymore and Fredric March." The actor studied hard, but he concluded: "If I had come here as a boy, I could speak unaccented English; at 24, it is impossible."

Jourdan's film career reached a peak in 1957 with the Alan Jay Lerner-Frederick Loewe musical, Gigi, which won nine Academy Awards, including best picture. At first, Jourdan protested that he couldn't sing and wasn't right for the role as the Parisian seeking young Gigi (Leslie Caron) as a mistress.

Lerner and Loewe persisted, and they gave him the title song, which required little vocalizing. Jourdan didn't consider Gigi his best achievement. He said in 1957: "It was a wonderful story for Leslie and Maurice Chevalier, but I played a colorless leading man. You'll note that none of the actors was nominated for Academy Awards."

Louis Gendre was born June 19, 1921, in Marseilles, France; when he became an actor he changed to Pierre Jourdan, then Louis Jourdan. His father owned a seaside hotel in Cannes, where he met artists, actors and directors who encouraged him to study drama in Paris.

His striking good looks helped get him acting jobs, including his first movie, Le Corsaire, with Charles Boyer in 1938. During the German occupation of France, he was forced into a labor gang, cutting wood and digging ditches. Assigned to make propaganda films for the Nazis, he escaped and joined the French underground.

After the war, Jourdan resumed his movie career in France, and a talent agent recommended him to Selznick. His first Hollywood movie was The Paradine Case, directed by Alfred Hitchcock and starring Gregory Peck. He never made another film for Selznick, who profited from lending the French actor to other studios.

His roles included an artist in No Minor Vices, a pleasant wastrel in The Happy Time, Jennifer Jones' lover in Madame Bovary, a romantic prince in Three Coins in the Fountain, Grace Kelly's suitor in The Swan, and a staid judge in Can-Can.

Between Hollywood movies, Jourdan kept busy in other pursuits. He earned good reviews on Broadway in a 1954 production of Andre Gide's The Immoralist. He and Claude Dauphin costarred as detectives in a 1955 television series, Paris Precinct," which was seen in France and the U.S. He also made feature films in Paris and London.

His later films included The V.I.P's, A Flea in Her Ear, The Count of Monte Cristo," Swamp Thing, Octopussy, The Return of Swamp Thing and The Year of the Comet. He also appeared in TV series and miniseries. In 1985 he toured in a stage version of Gigi, playing the Chevalier role.

Jourdan remained unsentimental about his movies, claiming in 1985 that he never watched them: "When they're on television, I click them away. Hollywood created an image, and I long ago reconciled myself to it. I was the French cliche."

He was survived by a nephew and a niece. His son Louis Henry Jourdan died in 1981 at 30 of a drug overdose. His wife of more than 60 years, Berthe Frederique Jourdan, died last year.