Black Slugs And 'Black Holes,' An Artful Portrait Of Depression

Black Slugs And 'Black Holes,' An Artful Portrait Of Depression 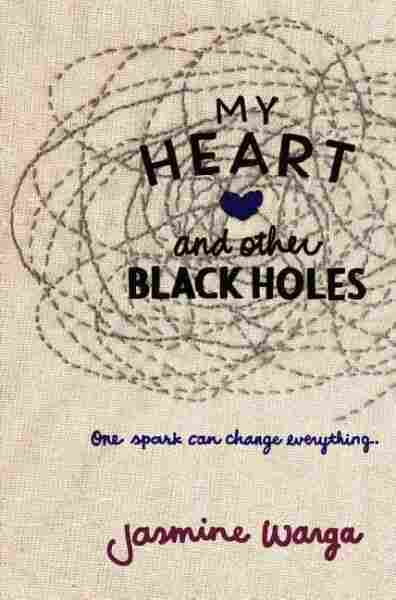 My Heart and Other Black Holes

Title
My Heart and Other Black Holes
Author
Jasmine Warga

There's a small subgenre of young-adult novels that treat suicide as a mystery left behind for the survivors. From John Green's 2006 debut Looking For Alaska and Jay Asher's 2007 bestseller Thirteen Reasons Why to more recent titles like Michelle Falkoff's Playlist For The Dead, survivors try to unravel the causes and meaning of a purposeful death, through clues the victim left behind.

But it's rarer to see books like Jasmine Warga's My Heart and Other Black Holes, which treats suicide as a mystery before it happens. Warga's eagerly awaited YA debut novel follows two teenagers as they plan their deaths, but it plays coy with some of the reasons until the end. If conventional mysteries are whodunits, and books like Thirteen Reasons Why are whydunits, My Heart and Other Black Holes is a will-they-do-it, designed to leave readers in suspense until the last page.

16-year-old Aysel Seran is deeply depressed about a family incident she doesn't want to remember, a tragedy that's left her a pariah in her small Kentucky town, and sent her to live with her divorced mother Melda and Melda's newer husband and children. Aysel spends her time on a website where would-be suicides can find partners, bolster each other through doubts and hesitations, and die together.

There, she meets a boy named Roman, writing under the handle FrozenRobot. They meet and make initial plans to die together — but for Aysel, just meeting someone else who listens and can relate to her leavens her feelings of grief and isolation. Before long, she's reconsidering — and realizing she can't share her ambivalence with the boy she thinks of primarily as FrozenRobot, since their suicide plan is their primary connection. 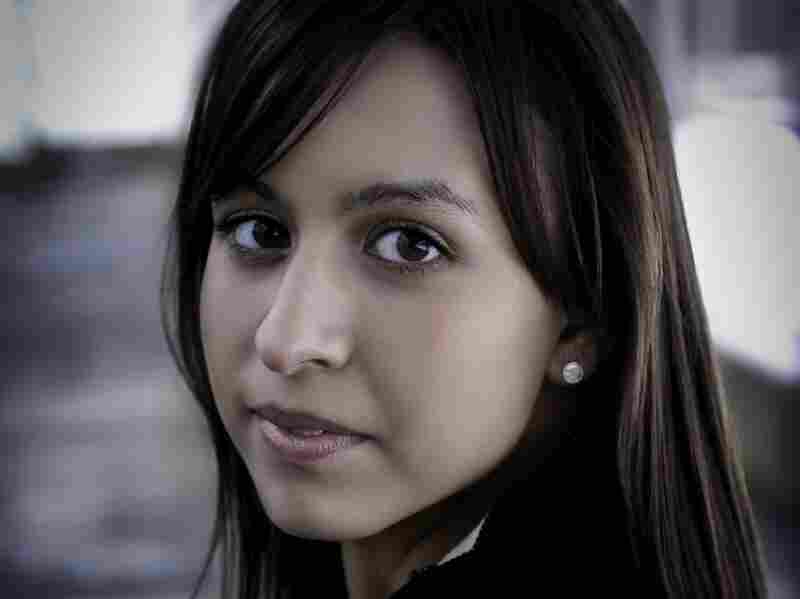 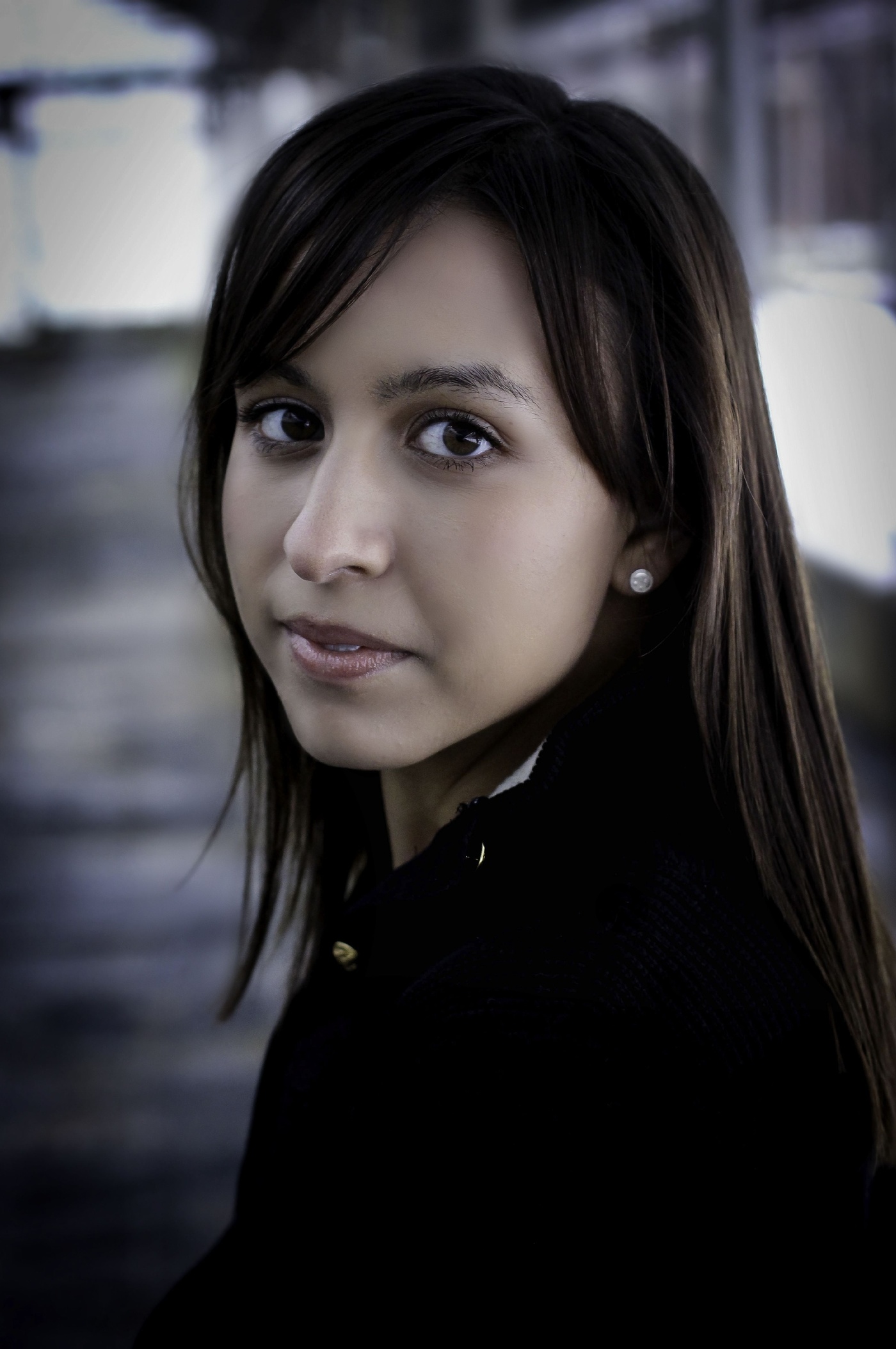 My Heart and Other Black Holes is Jasmine Warga's first published novel.

Warga does a subtle and impressive job of laying out the trap Aysel winds up in: If she can't admit to her more positive feelings for fear of alienating Roman, she can't use them to lure him back from the brink. Warga's description of Aysel's behavior similarly sets up a tricky but impressive series of layers. It's easy to see how she might look cheerful and even energetic to an outsider, or even to her classmates and teachers, but the first-person narration makes it clear how those behaviors are subtly driven by despair, or attempts to deflect attention.

And her efforts to protect her mother and her family in particular from her worst feelings similarly look like teenage petulance from the outside, even though they're driven by richer emotions. It's easy to imagine this novel from the point of view of one of its other characters trying to unravel Aysel's behavior after her death, and finding all the contradictions baffling.

But Warga's book doesn't have a depth of detail to go with its depth of characterization, or its emotional intensity. Aysel is first-generation Turkish American, but apart from her unusual name (it rhymes with gazelle) and the way Roman's mother responds to her by trying to cook Turkish food, her ethnicity is a forgotten detail. Aysel is also fascinated with physics, which gives the book a little distinguishing language, as she ponders where her potential energy might go when she dies. But the theme, like other tics about her — her habit of humming classical music, her apathy about her telemarketing job — is underdeveloped, and never extends beyond that slight and repeated metaphor.

Warga spends more time with a better developed and more memorable image: Aysel sees her depression as a giant black slug living in her stomach, occasionally rearing up to devour her emotions. As she contemplates whether cutting open her stomach would allow it to escape, or urges it to eat her self-consciousness along with her happiness, it becomes a chilling metaphor for her feelings of loss and emptiness. Bleak as it is, the book could use more of this kind of distinctive color.

As it is, My Heart and Other Black Holes is reminiscent of Judy Blume novels like Tiger Eyes, with its heroine's pain made plain in straightforward, even blunt first-person prose, but the precise details of that pain teased out as a mystery throughout the book. That bluntness often reads as an appealing frankness; this isn't a book that romanticizes suicide or finds ethereal beauty in grief. "Sadness is only ugly," Aysel says at one point, "and anyone who thinks otherwise doesn't get it."

Warga's book could stand to be more artful, but at least it fundamentally understands the weight of depression, and the disconnects that come because people find it so hard to understand each other. Without underlining the point, she gets across that other people's lives, and deaths will always be something of a mystery.