Accessibility links
Checking Off The Boxes Of A Disney Sports Movie In 'McFarland, USA' Kevin Costner's latest sports movie about a coach lifting up a team of misfits to defeat a bunch of posh enemies isn't exactly breaking new ground, but it isn't meant to.

Checking Off The Boxes Of A Disney Sports Movie In 'McFarland, USA'

Checking Off The Boxes Of A Disney Sports Movie In 'McFarland, USA' 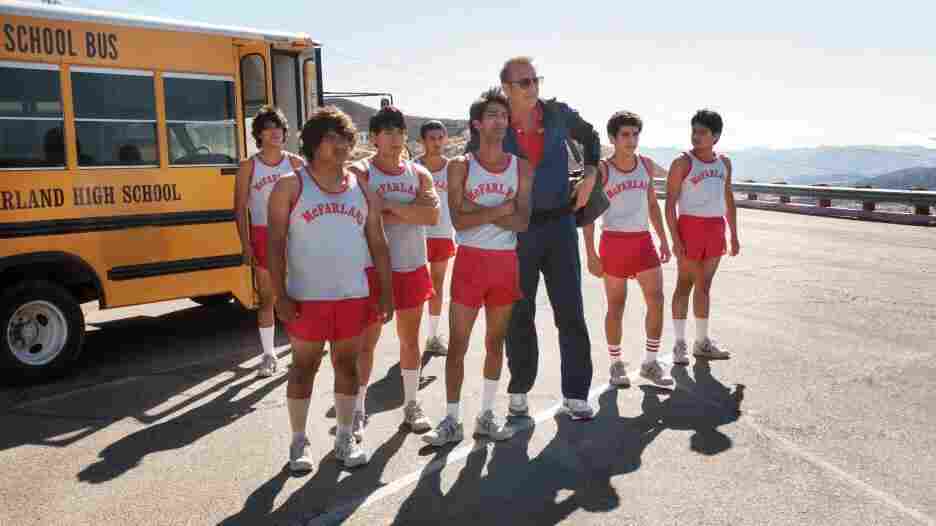 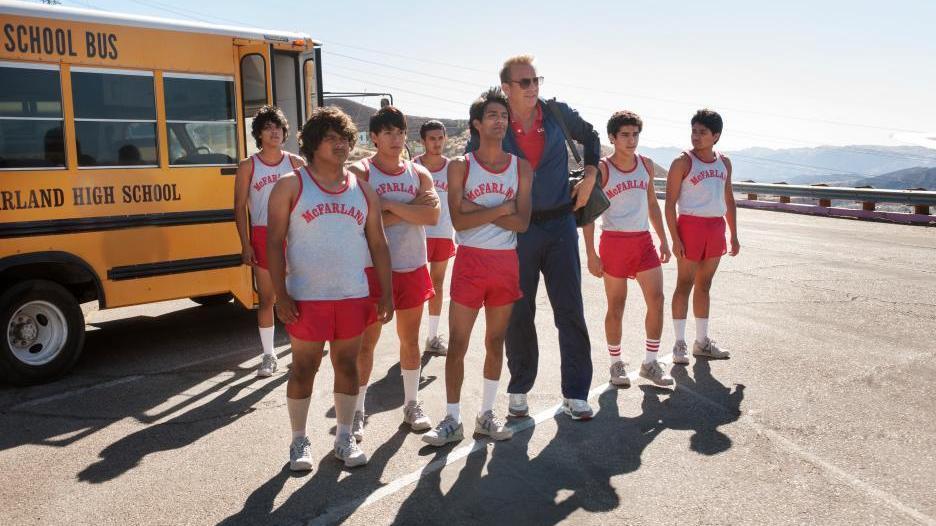 Kevin Costner leads a team of runners in McFarland, USA.

As long as hearts still beat in America, there will be a place for the big, gooey Disney sports movie. Like its forefathers Remember The Titans, Miracle, and countless others, McFarland, USA is a based-on-truth myth in which a maverick coach leads a ragtag team of misfits to victory against posh, polished enemies, touching the essence of the American dream in the process. There is a grand tradition at work here, a lifeblood that runs through mid-century entertainment like Knute Rockne—All American and Kevin Costner's baseball movies alike. All McFarland, USA has to do is notch another feel-good win, another whoop of camaraderie for countrymen at the edge of their physical limits. This it does, with an admirable economy.

McFarland is a depressed, majority Latino central California desert town. High school students are either at work in the farms or halfway to prison (which, in a particularly nihilistic urban planning decision, is located across the street from the school). It's 1987, the year loose-cannon gym teacher Jim White moves his family to town—they're white in name as well as nature, and their youngest blonde daughter looks at all the taco stands and asks if they've landed in Mexico. White, played by Costner with a deep growl and an eerie remove from his surroundings, typically coaches football, but his past tempers have banished him to this Nowheresville, where the kids are terrible at the game. They are fast on their feet, though, which leads White to form the school's first cross-country team, and the audience to breathe a sigh of relief at finally getting some variety of sport in the movies.

The seven runners are snarky but generally harmless, and one of the film's pleasant surprises is how much it lets the kids just be themselves, without telegraphing (too many) problems for Coach White to solve. Three of them are brothers who rise at dawn to pick on their father's farm, then head back out there after practice every day. White joins them one morning, leading to some easy cross-country-cultural understanding.

Carlos Pratts turns in a soulful performance as Thomas, a loner delinquent who resists White's attentions even as he sprints home every day at record times (one of the film's many great visual sequences). Even the actors who don't get much to do have a great screen presence, and there's real heart in the easy ways they mock their coach, calling him "Blanco" and exploiting his ignorance of Latinos and farmhand life.

The combination of these John Steinbeck-ready landscapes and long-distance running is irresistibly cinematic, and director Niki Caro, who also made the gorgeous Whale Rider, takes every opportunity to show off her riches. She uses plenty of wide-angle lenses as the kids run across sweeping California vistas, through the farms where they spend their mornings, and down the town's dusty main drag. Long stretches, particularly in the first half, pass at an unhurried pace. Later, as the script requires McFarland residents to twine themselves with White's family (throwing a Quinceañera for his daughter, for instance) and the athletes to learn life lessons at his feet, things feel too perfunctory. The problem is, it's all too easy to believe White when he says his team has been through more hardship than he will ever know.

Eventually (high school sports history spoiler alert) McFarland will win the first of many state championships by outpacing the field of country-club kids who underestimate them. The sport's ranking system will allow the pudgy kid to have his moment of glory. White will even start cheering on his runners, Costner's refusal to raise his voice through most of the film being the least convincing aspect of his rendering of a high school coach. Yes, there's a formula. Yes, it's corny. But running is about the journey, not the destination, and Disney sports movies don't know how to quit until everyone has crossed the finish line. Bless them for it.