Accessibility links
Review: Andrew Combs, 'All These Dreams' A 28-year-old Nashville singer-songwriter with a reticent demeanor and a fondness for offhand revelations, Combs sings subtly, without a lot of fuss.

Review: Andrew Combs, 'All These Dreams'

Review: Andrew Combs, 'All These Dreams' 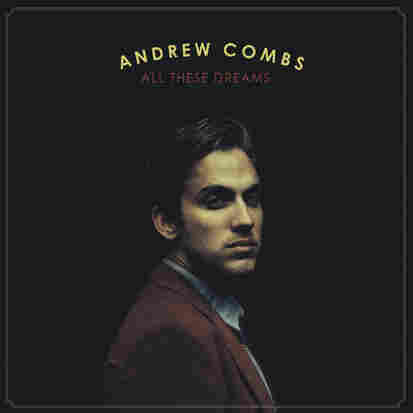 In These Dreams Courtesy of the artist hide caption

It ain't easy being genteel. Refinement goes against the grain of both rock 'n' roll and Top 40 pop: The former's deliberately confrontational history and the latter's need to hook the masses make it hard to cultivate a sense of balance. Indie-rock fans tend to prefer a rough edge or a weird weft in their songs, in part to prove that the makers aren't capitulating to someone else's standards. Even singer-songwriters, the designated introverts of the music world, spin dramatic, even gothic tales when they want to hush a room. The resistance to making space for quiet has only grown as the world has filled with signals, distractions, crashes, beeps.

Sometimes, though, a contemporary artist masters the practice Cole Porter did, according to The New York Times, in 1929: "He looks about with an eye for subtle things." Andrew Combs is a 28-year-old Nashville musician with a reticent demeanor and a fondness for offhand revelations: "Pearl," one of the standout tracks on his second album All These Dreams, builds its chorus around the phrase, "a rainbow from a puddle." That song is about compassion for marginal people obscured by crowds on a city street, and Combs makes his observations without a lot of fuss. Though he's treading familiar territory — he flirts riskily with the image of the "whore with a heart of gold" — he leaves his scenes open, keeping judgment at bay. The human lives Combs considers throughout the album, including his own, roll by like the river where he's fishing in the arcadian "Suwannee County." His song-pictures are gorgeous, but he recognizes their impermanence as he sings, "Just a pile of dust in a matter of time."

"Suwannee County," like several songs on All These Dreams, contemplates the spiritual. Combs is interested in faith as a fundamental impulse, like desire or the need to keep moving. This, more than being raised in Dallas or having settled in Nashville, connects him to the fundament of country music. Crafting a barroom hymn like "Slow Road To Jesus" or an Aretha Franklin-style piano confessional like "In The Name Of You," he reminds listeners of the fact that all Southern music — virtually all American music — retains a holy streak, even when its subject matter is a heart feeling down or bodies getting dirty.

A spiritual connection radiates among Combs and his bandmates, as well. He's part of a community of young players who are also collectors of vintage sounds and Music City lore: The outstanding guitar duo Steelism anchors his band, and his producers, Jordan Lehning and Skylar Wilson, also work with the sharp singer-songwriter Caitlin Rose. The arrangements on All These Dreams have a retro quality, evoking 1970s Laurel Canyon and 1980s Austin as well as 1960s Music Row. With the singer's sagebrush-rough but always carefully calibrated vocals at the center, the album works on one level as a history of the troubadour figure from the classic-rock era onward, with Combs as charming antihero.

That would imply a certain theatrical quality, however, and All These Dreams isn't that self-aggrandizing. It might make a listener who knows Combs' touchstones think about Sunday morning coming down, or of how it feels when you say to yourself, "Tonight I think I'm gonna go downtown." But Combs is able to inhabit those spaces where others have wandered and project himself. Gently. Like a gentleman.