Accessibility links
Interview: G. Willow Wilson, Co-Author Of 'A-Force' G. Willow Wilson says it's been a blast creating a team of all-female Avengers for the new Marvel Universe coming in May. "We really got no directives besides 'Pick your team and go nuts,' " she says. 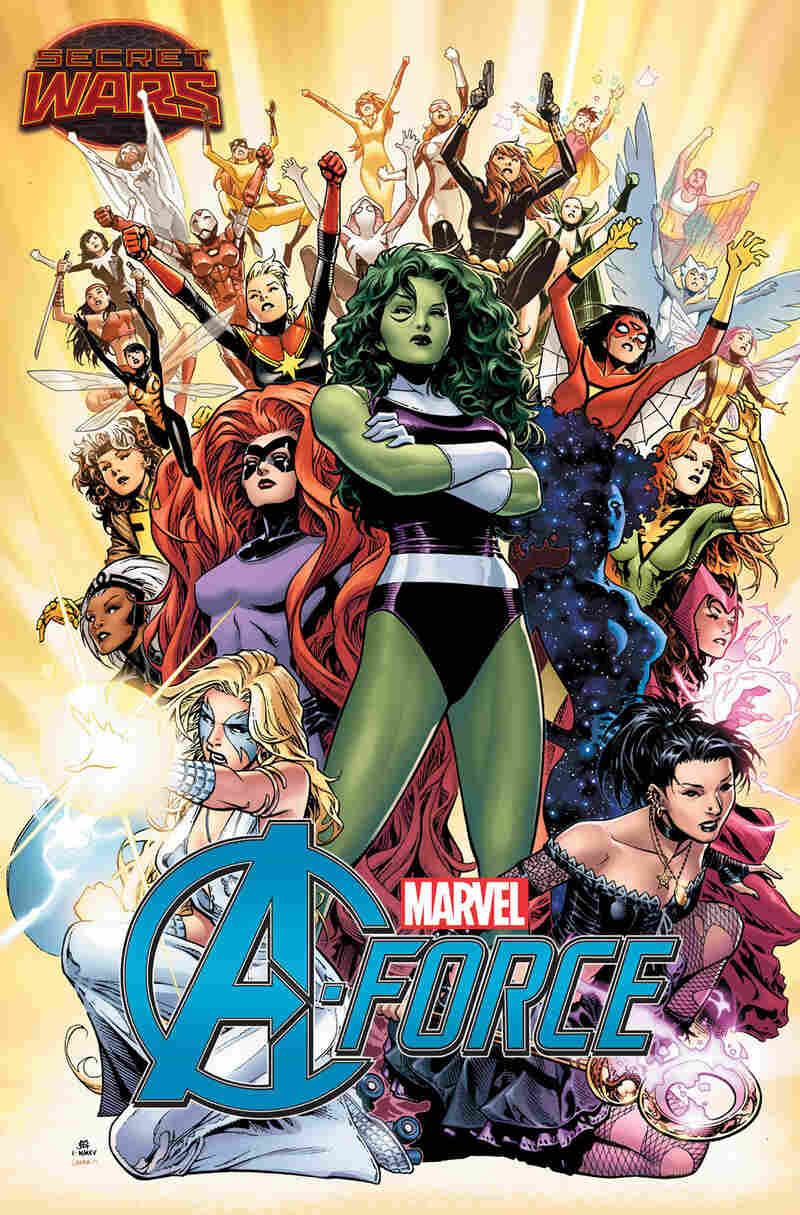 She-Hulk, Dazzler, Medusa and Nico Minoru are some of the characters that make up Marvel's A-Force. Courtesy of Marvel Entertainment hide caption 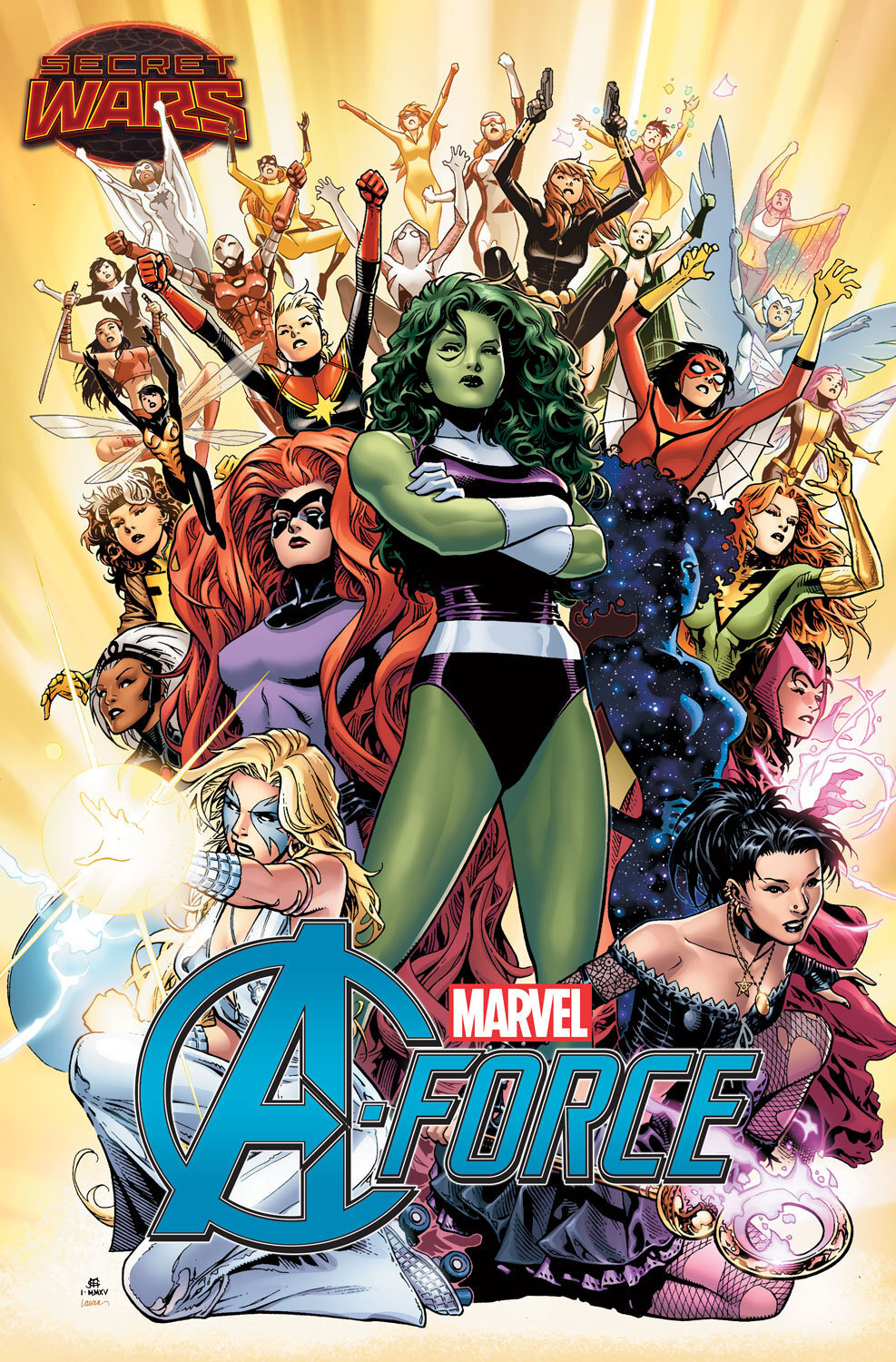 She-Hulk, Dazzler, Medusa and Nico Minoru are some of the characters that make up Marvel's A-Force.

Fasten your seat belts, true believers. If you haven't flipped through a comic book in a while, you might be in for quite a surprise come May. The entire Marvel multiverse is collapsing.

Forget about seeing the Wolverine we knew any time soon. And the current Ghost Rider? Before long, his current story line will be gone like, well, a ghost. In the new Marvel universe, coming in May, characters and continuities will be reimagined.

Soon, even the Avengers, that A-team of Marvel's heaviest hitters, will be all but unrecognizable. For the first time in history, the group known as Earth's mightiest heroes will be composed entirely of women. And they'll be going by an entirely new moniker: the A-Force.

Writer G. Willow Wilson is behind the big restructuring. She's a heavy-hitter herself, having made a huge mark on the comics world with her graphic novel Cairo and the comics series Air. Just last year, she was responsible for another big superhero transformation, creating the new Ms. Marvel, an American Muslim girl. As an American Muslim herself, Wilson regards that character as a particular point of pride.

She sat down with NPR's Arun Rath to discuss the new characters, and the creative license she's gotten in bringing it together. "It's just been a blast," Wilson says. "We really got no directives besides 'Pick your team and go nuts.' "

On the characters in A-Force 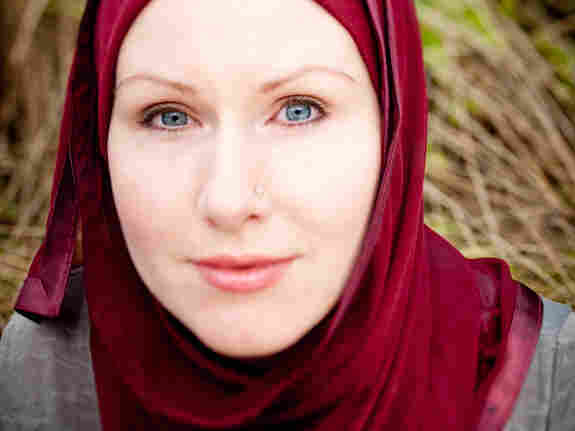 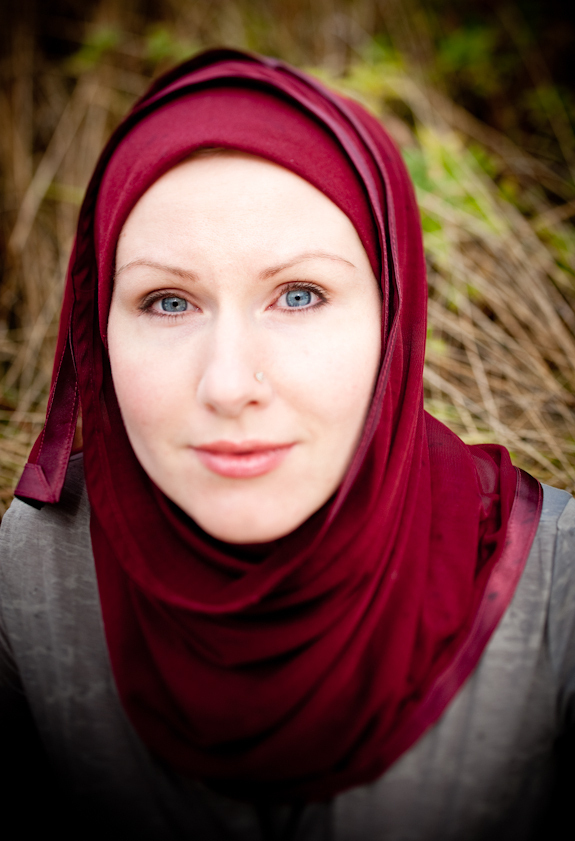 G. Willow Wilson's books include Alif the Unseen, Cairo and The Butterfly Mosque.

So this is going to be the first time that you have, say, She-Hulk and people from the X-Men and all of these different characters together on the same team. So it's very exciting. There's also a brand new character who's going to be on the team who has been a real fun thing to create named Singularity.

On creating the genderless character Singularity

I thought, "You know, this has been a great couple of years for women in comics." We've got Captain Marvel who's been doing really well, Ms. Marvel has been doing really well, there's an all female X-Men team. So I thought, "Let's not create another Amazon." If we're going to have an all-female team, let's really push the envelope and talk about what gender means. Let's have a character on there who is not human, who has no natal gender and who, through various circumstances that readers will see as the book unfolds, chooses to kind of manifest as a woman.

Wolverine's Death: Superheroes And The Cycle Of Eternal Return

So what does that mean? Can you choose to be human? What is gender? Is it a fluid concept? So that was kind of the thought behind Singularity, who has really become a character that I've loved building and loved creating ... her personality and the world around her, because she's experiencing our world through very fresh eyes.

On her representation of a Pakistani-American superhero in 'Ms. Marvel'

I spent a lot of time talking to colleagues and friends of mine who have grown up with those hyphenated identities, who come from immigrant backgrounds — Arab or Pakistani, South Asian, African — and sort asking them, what was it like? What did you have to go through in high school, you know, growing up, that maybe is not as obvious to me or somebody who is not from that background?

So I feel very strongly about these things and about the need to create space in which it is okay to talk about them. Because by the time my own children are old enough to begin to start grappling with these things, I would love for there to be a canon of literature there that they can turn to to see that they are not alone. That there are people that came before, and not only survived, but thrived, and hopefully went on to make the world a better place.

On the community of female comic book writers

I think now more than ever, the voices of women in comics are really coming to the fore. So when I need guidance or just to kvetch or to bounce ideas off of people, I go to Gail Simone, who is very much kind of the den mother of all of us who are working comics. She's been a voice not only for women comic creators, but for female comic book characters for years now; Kelly Sue DeConnick, who has written the absolutely iconic Captain Marvel series; Marguerite Bennett, who is going to be my co-writer for the beginning part of the A-Force series. There's really kind of been a little mini-renaissance in like, the last five years or so — I mean, really recently.