Accessibility links
Review: Tuxedo, 'Tuxedo' Detroit DJ, producer and singer-songwriter Mayer Hawthorne links up with Seattle boom-bap specialist Jake One to form the group Tuxedo, on a mission to push the funk back to the forefront. 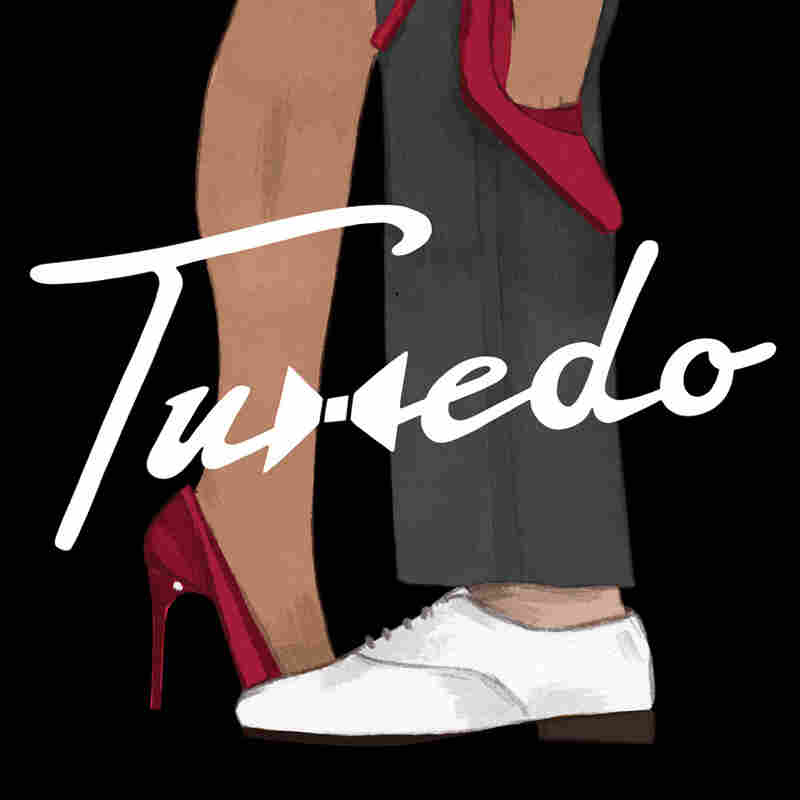 The notion of "doing one thing and doing it well" simply does not compute with Mayer Hawthorne. He's inspired by all things music and has expressed as much influence as possible since his 2009 breakout. During his live show, he's liable to perform anything from Aerosmith to Nancy Wilson. This time around the DJ, producer and singer-songwriter links up with Seattle boom-bap specialist Jake One to form the group Tuxedo, on a mission to push the funk back to the forefront.

The duo mysteriously tip-toe'd onto the scene via the Internet in 2013 with a 3-track EP. Those three songs sparked a barrage of inquiries, and the allure simmered while they recorded their self-titled debut LP. The transfer of energy between Jake's West Coast funk slaps and Hawthorne's Midwestern harmonies is something few outside of their specific origins could pull off. Jake One has made the bigger transition of the two: mostly known for thick rap beats tailored for Jeeps, usually at 95 beats per minute or less, as half of Tuxedo, he's usually clocking in at 105 bpms or more. While Jake has contributed to R&B songs in the past, he's completely reinvented his sound for this album. The culmination of this is best heard when he shines solo on "Tuxedo Groove."

DJ Quik: 'Flamboyant? Every Now And Then'

Younger pop music consumers may not know that the latest hits from Daft Punk and Mark Ronson derive from a genre that was swept under the rug for decades. Tuxedo has gone on record saying that the disco funk of the '80s is their only role model for the music they've created here. You can feel the imprint of greats like The Whispers, Bernard Wright and Steve Arrington throughout Tuxedo, but, in combination with sounds made famous by hip-hop legends DJ Quik and Battlecat, Jake and Hawthorne have mastered a new "old" sound. The effect that Nate Dogg has on this project can't be overstated. "Number One" is the ultimate ode to Nate and Dogg Pound's "Ain't No Fun."

This album is a house party of sorts, with "Two Wrongs" serving as the ever-necessary red light special. Mayer Hawthorne and Jake One aren't aiming to move mountains on Tuxedo, but you can guarantee that they'll move your feet. Be sure to wipe up the S-Curl activator before you go home.