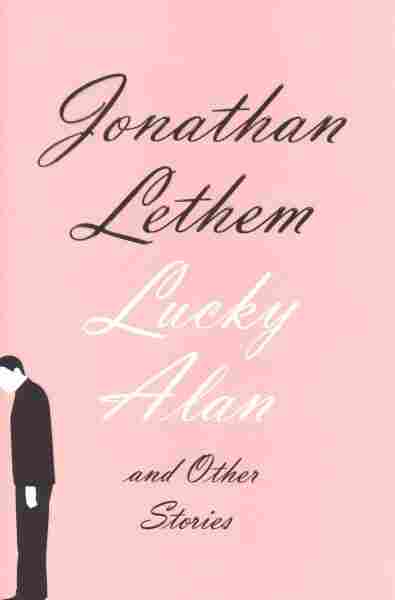 Lucky Alan and Other Stories

A handful of purist holdouts aside, most readers these days realize that "genre fiction" and "literary fiction" aren't mutually exclusive. That's not to say that every paperback on the supermarket shelf is high art, but the list of respected literary genre writers — Poe, Verne, Chandler, Le Guin, to name just a few — is a long one, and it's growing every year.

Jonathan Lethem is, obviously, not the first author to prove that great literature isn't just confined to stoic realism. But his novels, especially the early ones, won over skeptics who never thought they'd find themselves entranced by works of science fiction and mystery. His novels Gun, with Occasional Music and Amnesia Moon were critically acclaimed, and his later books have gleefully ignored genre restraints and resisted easy classification.

He continues that tradition with Lucky Alan and Other Stories, a slim collection of short stories, more than half of which appeared in The New Yorker. Not every one is perfect, but as a whole, it provides a great introduction to the sometimes heartbreaking, often surreal world of Jonathan Lethem.

Lethem has always been praised for his sense of humor, which is bizarre, and at times pitch dark. His comic sensibilities are on full display in "The King of Sentences," which follows a young couple who work in a bookstore and make an ill-fated pilgrimage to visit their favorite author, a reclusive novelist. It's a deeply hilarious send-up of the kind of obsequiously devoted literature fans who are convinced they're the only true admirers of a writer: "Meanwhile, every customer robbed us a little. At the cash registers we spoke sentences tailored to convey our disdain, in terms so subtle it was barely detectable."

"Their Back Pages" is similarly funny, though much darker. The story concerns a group of characters from old comic strips who become stranded on an island after their plane crashes. There's "Poacher Junebug (a hunter), C. Phelps Northrup (a theater critic), Murkly Finger (a villain), Peter Rabbit (a rabbit) and several others, all instantly recognizable archetypes from the early 20th-century funny pages. Their plight is at once bizarrely hilarious and unexpectedly poignant, even while they're saying things like "!@&$%#! I don't want a new life! I want my old life!"

For Novelist Jonathan Lethem, Radicalism Runs In The Family

In These 'Gardens,' The Tree Rings Of The Radical Left

Lethem has long been in love with the absurd, but the most successful stories in Lucky Alan are, by his standards, understated and sedate. The best story in the collection, "The Porn Critic," is about Kromer, a shy young man who works at an adult novelty store called Sex Machines, where he's been put in charge of reviewing pornographic videos for the company's newsletter. He's not quite comfortable with the job ("Kromer couldn't operate hedonism but these days it operated him"), and he slowly, heartbreakingly, becomes the person everyone assumes him to be. "The permanent mystery was how much you seemed to know before you knew anything at all," Lethem writes. "Or maybe the permanent mystery was how stupid you could be and yet how you clung to evidence that your stupidity knew things you didn't."

There are a few weak spots in Lucky Alan. "Procedure in Plain Air," about a man imprisoned in a hole in a street, seems like an extended metaphor, but it's not entirely clear what for. It aspires to something like Kafka, but never gets off the ground. And "The Dreaming Jaw, The Salivating Ear" is similarly aimless and confusing, despite a strong opening paragraph: "I do not think I shall visit my blog anymore. It is not so much the smell that discourages me — gulls have skeletonized the corpse in the entranceway." The prose is wonderful, if showy; everything else about the story is inscrutable.

But story collections are almost never flawless, and it's encouraging to see authors — especially ones as original and risk-taking as Lethem — shoot for the moon, even if they fall short a couple of times. The best stories in Lucky Alan are a testament to the writer's refusal to play by the rules, and it's fun to see him still thumbing his nose at convention, 20 years after he published his first book. This might not be his best work, but it's still a solid collection from an author who deserves to be celebrated.