Accessibility links
A Disorienting But Electrifying Look At The Troubles Director Yann Demange makes '71 an effective look at the Belfast of the early 1970s, even if viewers may find themselves uncertain at times of their narrative surroundings. 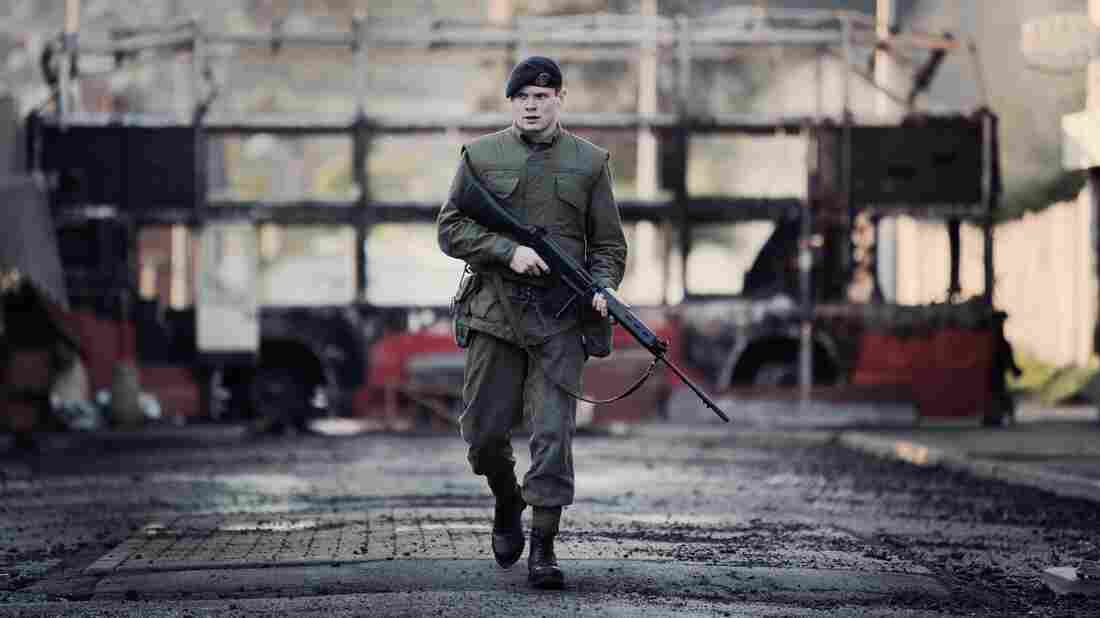 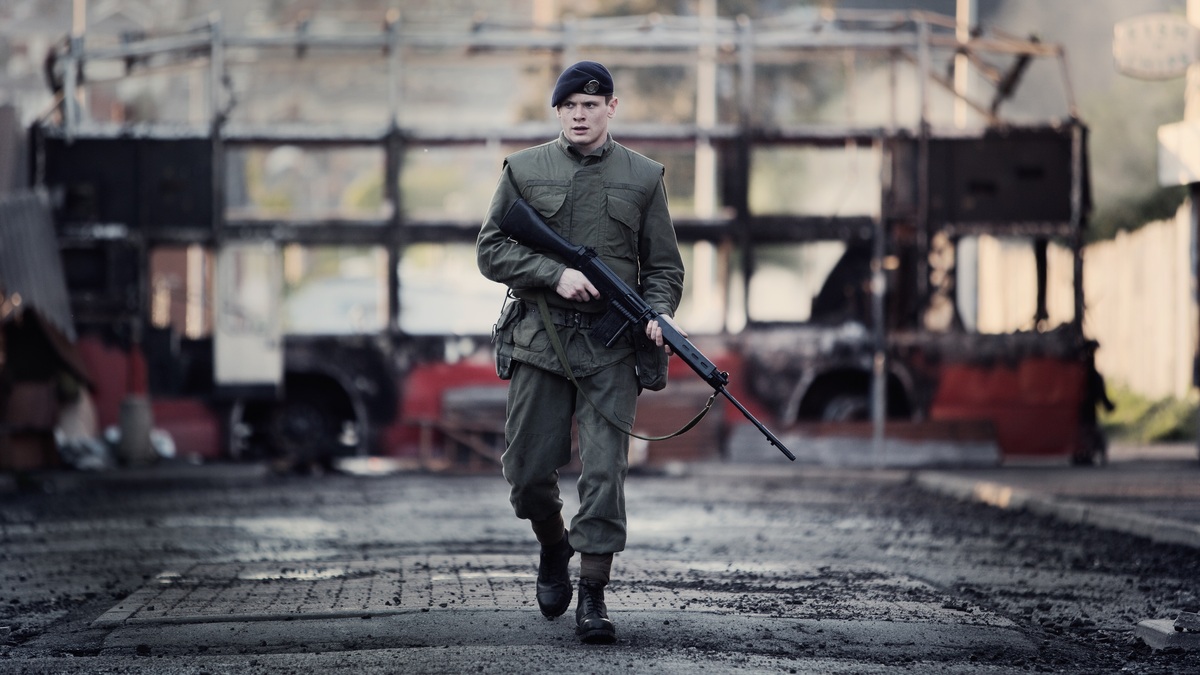 British soldier Gary Hook (Jack O'Connell) is accidentally abandoned by his unit after a riot in Belfast.

Grim, terse and jumpy, '71 effectively evokes the chaos of early-1970s Belfast. A little too effectively, perhaps, since some sequences are as bewildering as the four-way civil war the movie re-creates. American viewers may wish the film came with both subtitles and a study guide.

'71 can be recommended, though, to viewers who don't mind a little bewilderment in the cause of an authentically visceral experience. After all, Northern Ireland residents who lived through The Troubles were probably also confused much of the time.

Director Yann Demange, a French-born Briton, immediately thrusts his protagonist, and the viewer, into combat. The movie opens with the sound of a boxing match, which turns out to be part of basic training of Pvt. Gary Hook (Jack O'Connell). An orphan whose younger brother still lives in a children's home, Hook has no apparent option other than the British Army. The people Hook is about to police have equally few prospects, a similarity that might make for an interesting conversation if they and the soldier met under more congenial circumstances.

But Hook is introduced to Belfast during a bungled raid on a house in a barely working-class Catholic neighborhood. Hook and a friend are separated from their unit, and the pal is promptly killed by young men from a radical new offshoot of the Irish Republican Army. A wounded Hook escapes, but into the streets of a city he doesn't know, and where he has few if any allies.

While two IRA factions search for Hook, the well-meaning but callow lieutenant who left him behind insists that undercover British agents find the missing private. The long-haired operatives, who look as if they should be working in a record shop rather than supplying explosives to Protestant paramilitaries, are led by Capt. Browning (Sean Harris). He's arrogant and double-dealing, and possibly no more interested in Hook's welfare than the young hotheads who are unambiguously seeking to kill him.

The lost soldier is briefly helped by a cocky, profane 9-year-old Protestant (Corey McKinley). He's the movie's most entertaining character, if the hardest one to understand. Later, Hook takes refuge with a Catholic man and his young-adult daughter (Richard Dormer and Charlie Murphy), who don't want see the soldier die — but also don't want him in their apartment.

'71 plays as a sort of intimate (and fictional) companion piece to Paul Greengrass' Bloody Sunday, which is set in 1972. Both films feature compressed timelines and handheld, documentary-style camerawork. Tat Radcliffe's fine cinematography neatly shifts timbre as day (shot on 16 mm) becomes night (in digital video). David Holmes' score alternates, too, pitting spidery electric-guitar lines that suggest U2 against a synth pulse that pounds like the fugitive's elevated heartbeat.

Where Greengrass captured the sweep of events, Demange sticks close to his bloodied central character. O'Connell's Hook takes almost as much punishment in one night as the man the actor played in Unbroken did in all of World War II. The private's plight is everything, and the turmoil around him, while urgent, comes to feel unimportant and even unreal.

That likely reflects the outlook of scripter Gregory Burke, who emphasized the experience of foot soldiers in Black Watch, his acclaimed play about Scottish troops in 2004 Iraq. But plunging the audience into The Troubles while explaining them so little seems a disservice to history.

The movie turns melodramatic in its final showdown and sentimental in its coda. Before that, though, the experience of it is sharp and bracing. '71 may not illuminate all that much, but it consistently electrifies.