Accessibility links
'Wild Canaries' Considers How To Get (Carried) Away With Murder The breezy mashup of murder mystery and chatty Brooklynite relationship story has plot holes aplenty, but provides its share of laughs as well. 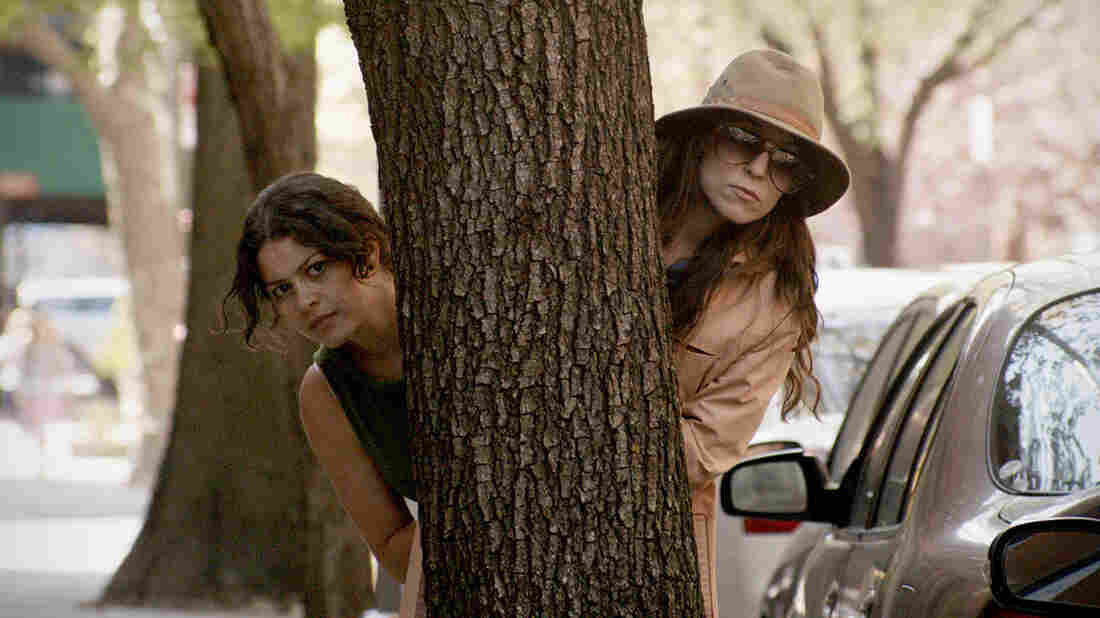 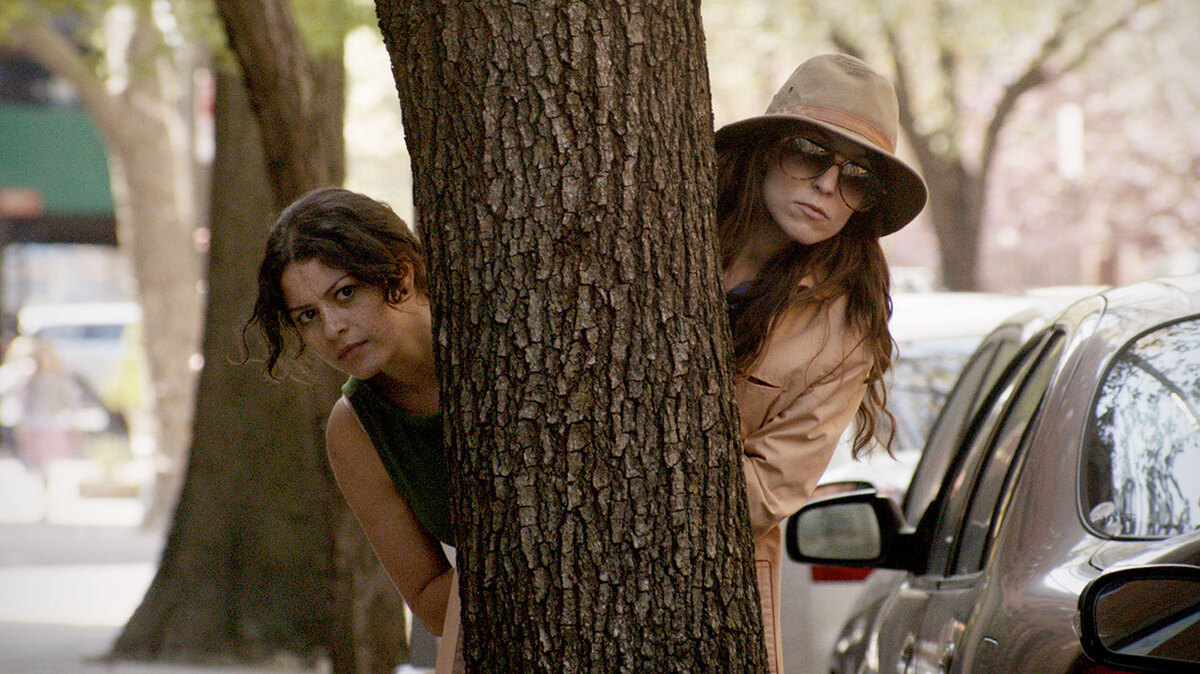 In Wild Canaries, Lawrence Michael Levine's breezy take on a bumbling detective story, the trouble seems to begin when Barri (Sophia Takal) discovers the dead body of her downstairs neighbor Sylvia (Marylouise Burke) and, despite doctors declaring it a heart attack, immediately suspects Sylvia's son, Anthony (Kevin Corrigan), as a murderer. But, more than the death of the old woman downstairs, it's her husband Noah (Levine) who points to the actual issue at hand with his dismissive response to her suspicions.

The couple's relationship is splintering, due in part to Barri's stretch of unemployment, which is coming up on six months, and the tenuous status of Noah's own job. As a result, Noah has turned patronizing and disrespectful, Barri understandably frustrated and resentful. And so the detective work she embarks upon alongside Jean (Alia Shawkat), roommate to her and her husband, is equal parts escapist and symbolic: a distraction from her personal life but also a source of proof, through his reaction, that Noah doesn't take her seriously.

Levine's characters are all recognizable brethren of other half-grown Brooklynites that fill theater and TV screens. Noah, in particular, has a sarcastic snootiness and anxiety—"I think my sperm is going bad," he confides to Eleanor (Annie Parisse), his business partner and ex-girlfriend—that brings to mind Alex Karpovsky's turn as Ray in Girls.

Aaron Katz shoved similar characters into a detective story in his phenomenal 2010 film Cold Weather, but his comedic touch was darker. Levine is most interested in absurdity. Barri's notion of a detective outfit is a conspicuous trench coat and floppy hat combination, while a series of accidents and violent attacks leave Noah bruised in the face and wearing a neck brace for much of the movie. When he eventually joins Barri on her investigation—she clumsily hiding behind cars and under tables, he barely mobile from the neck up—Levine expertly mines it for great physical comedy.

Things get progressively heated once Noah joins in, but even when they find themselves in increasingly dangerous situations, Barri, Jean and Noah remain concerned mostly with their jealousies and resentments. Amid the murder and intrigue, it's still romance and sex lives that carry most weight for these characters.

As Wild Canaries' story gets more convoluted in its second half, coming to involve Noah and Barri's landlord, Damien (Jason Ritter), as well as Eleanor, it also gets sloppier. Search for a plot hole and you'll easily find one. Fortunately, self-awareness softens the blow. It's evident that the film is largely a lark, that Levin is having fun creating comic sparks by smashing a murder mystery together with a group of self-centered detectives, plot details be damned.

Things do turn more serious in one scene—a fight between Barri and Noah—and it might be the film's best scene for the way it combines the exaggerated certainty of Barri's accusations ("Sylvia was my friend and there's a 90% chance she was murdered") with the real hurtfulness of Noah's actions in one overblown yelling match that's equal parts funny and upsetting. But it's also a standout in a film that otherwise sticks to its screwball comedy origins.

Granted, the whole thing is a bit of a one-joke routine and not the most novel one at that; the conceit, ultimately, is whether anything can keep Barri and Noah from bickering about their relationship. But for the most part, Levine keeps things light-hearted, short and sweet enough that though you may notice the faults in his method, it's hard to deny him the laughs.