Accessibility links
A Wrong Note Sets The Right Mood In 'House Of Cards' The show's distinctive score is the work of Jeff Beal, who ushers viewers into its clandestine, manipulative and sometimes violent world by breaking a few musical rules. 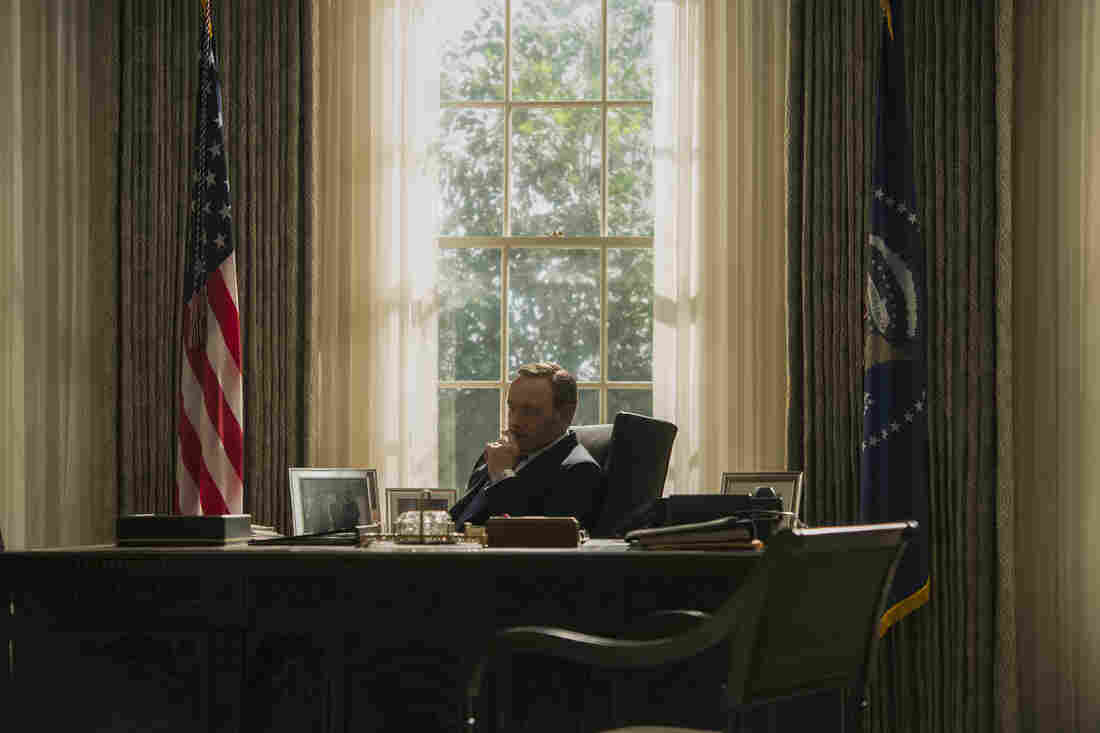 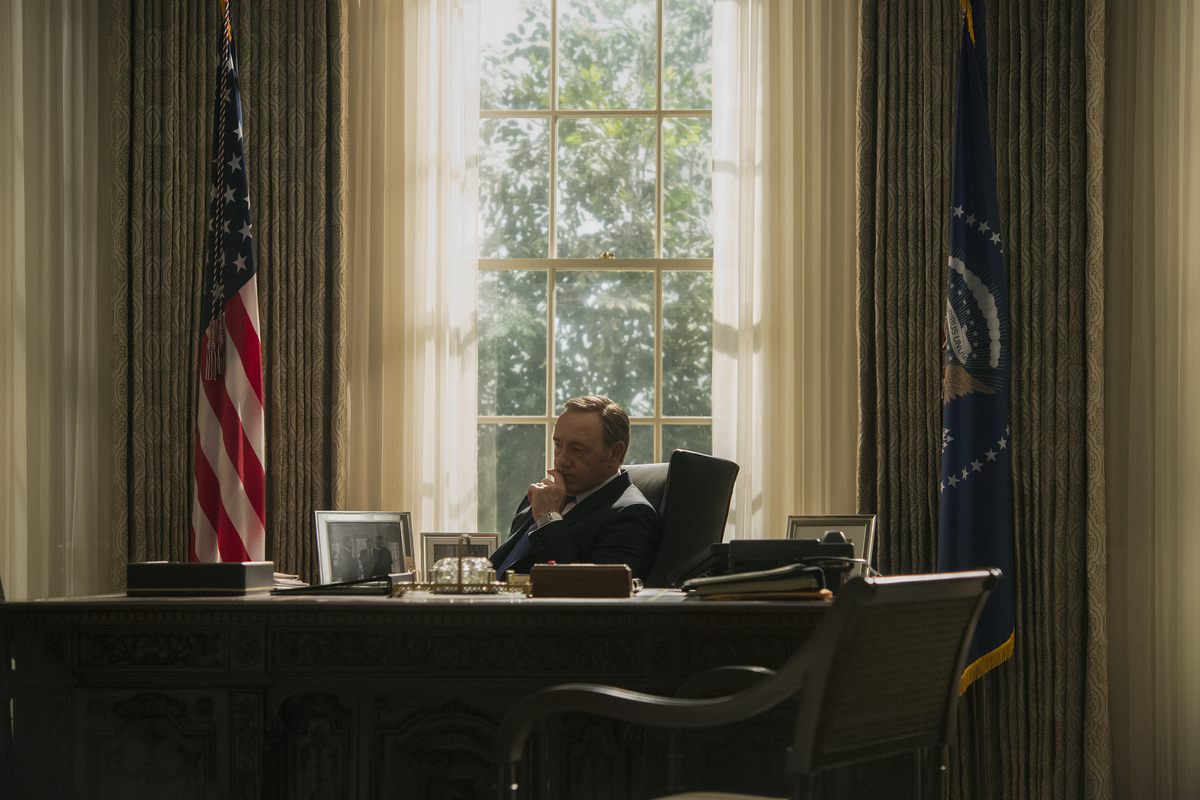 House of Cards returns to Netflix queues around the country on Friday, when every episode of the third season will become available to viewers. Once again, the Emmy-winning series about the Machiavellian machinations of Washington politics will be propelled by a distinctive score.

That music is the work of composer Jeff Beal, whose resume also includes the television series Carnivàle and Monk, and documentaries such as Blackfish. Before a single frame of House of Cards had been shot, director David Fincher hired Beal, and together they came up with the show's musical tone and style.

"I was sort of checking myself yesterday as I was writing — thinking, like, 'Man, every once in a while in your career, you have a palette as a composer, that feels like you've got just so much freedom,' " Beal says.

The series stars Kevin Spacey and Robin Wright as politician Frank Underwood and his wife, Claire, who crawl through the ethical sewers of Washington and destroy anyone blocking their path. Beal ushers viewers into this clandestine, manipulative and sometimes violent world at the outset of each episode with his now-familiar main theme.

"There was always sort of this musical joke between major and minor," Beal explains. "The bass line in the main title stays in A minor all the way through, but the melody actually goes to A major a couple times. And the tension that creates, that dissonance — even though it's 'wrong,' it's a right wrong note, because it makes you feel a certain way. It's like, 'Oh man, something's weird. Something's off.' "

For three seasons running, Beal has composed music for each of the hourlong episodes without the help of any assistants or orchestrators. He also plays all of the trumpet, piano and guitar parts himself and records a 17-piece string ensemble in the living room of his house in Agoura Hills, Calif.

"That's Jeff. That's his personality," says Beal's wife of 25 years, Joan. The two met as college students at the Eastman School of Music — she was a singer; he was a trumpet player in the jazz program.

"He always has repaired his own car, or taken care of his own taxes," Joan Beal says. "When he became a musician, computers were just starting, so he got the first Macs and he learned how to record himself. He's been doing this his whole life. It's not a control issue; it's that he loves it."

Beal has made his work a family affair: Joan provides eerie operatic vocals throughout Season 2, and their son, Henry, plays bass in the main title and in many episodes, recording the tracks in his dorm room at the University of North Texas.

Beal's homespun, do-it-yourself approach is all the more impressive when you learn that he has multiple sclerosis — a diagnosis that Joan says came out of left field. 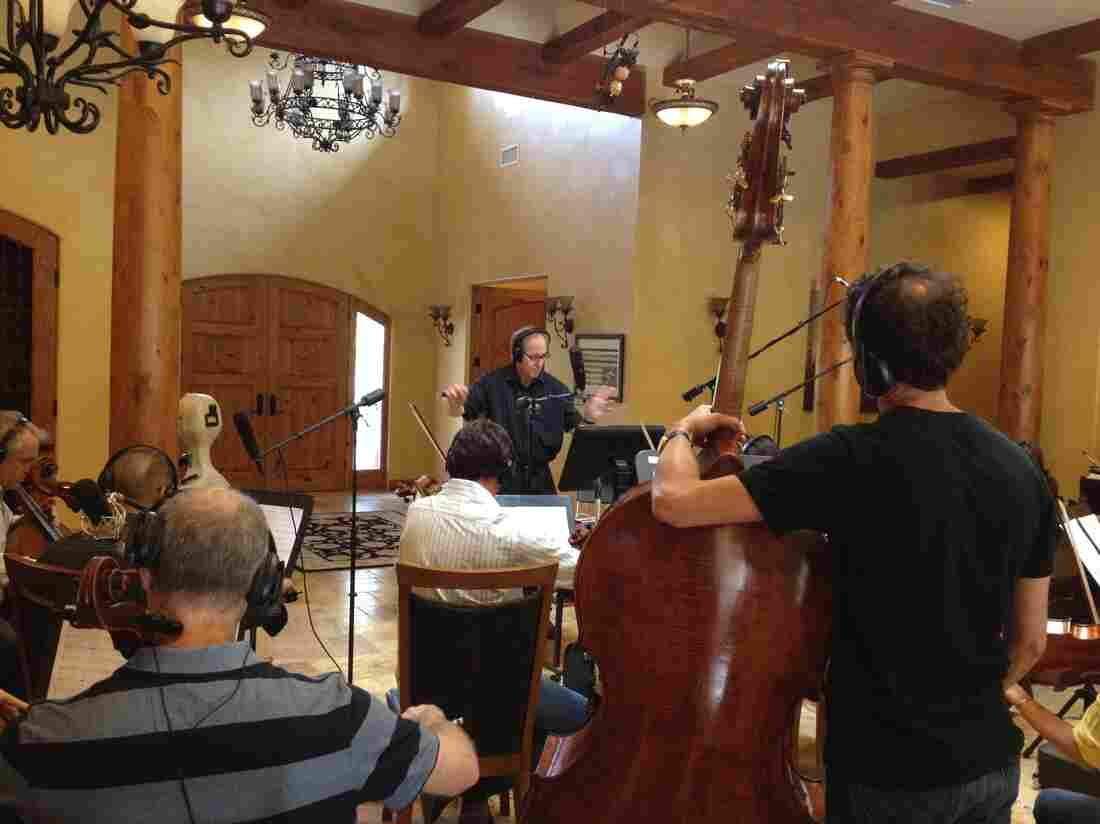 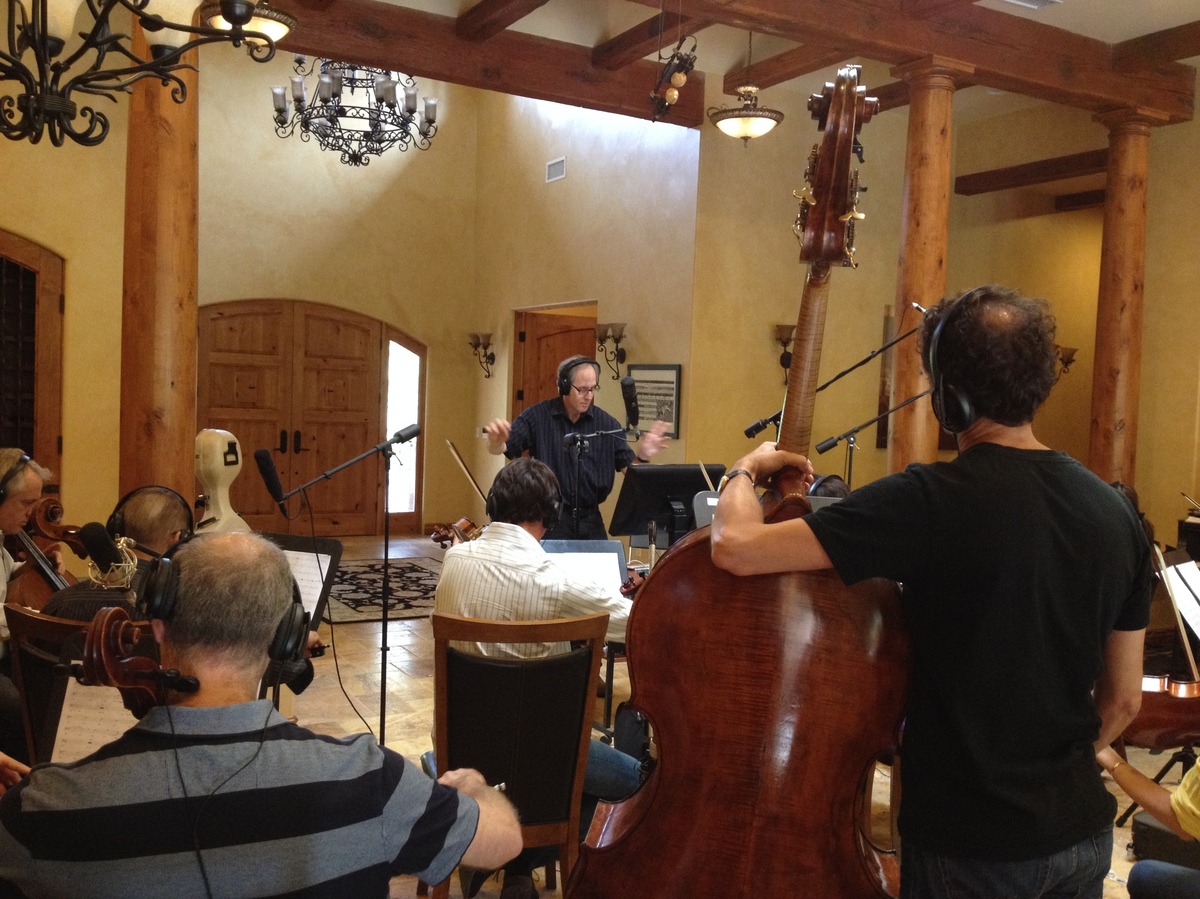 "That was a complete shock for someone as active and physically fit as Jeff," she says. "And his diagnosis was not good. It was really dismal. And for me, I took it personally. I could not let this beautiful brain be destroyed by this disease."

Her husband would get foggy, tire easily and experience tingling throughout one side of his body. They decided on an unconventional treatment to keep his jugular veins open, as well as an organic diet, regular exercise and daily meditation.

"And all of these things are called 'alternative treatments' and [are] kind of made fun of. But in — I guess it's almost eight years since he's been diagnosed — he's had no progression, and a reversal of brain atrophy," Joan says. "So now his brain on MRI looks normal, which is unheard of."

Beal has managed to stave off MS while meeting the brutal demands of his House of Cards deadlines, as well as scoring the final season of The Newsroom, multiple documentary films and composing concert commissions. He says the busy schedule has heightened his sense of the preciousness of time and energy.

"It gives you the ability to just sort of cast away what maybe isn't as important," Beal says. "I mean, the less I focus on the disease, and the more I focus on just being a person and doing my thing, the better off I probably am."

After all, he says, doing what he loves as a musician exercises the muscle most at risk: his brain.

In the audio of this story, as in a previous Web version and photo caption, we refer to Frank Underwood as a congressman. The character was a congressman at the start of the series and has since become president.