Accessibility links
Remembering Bertrice Small, One Of The Original 'Avon Ladies' Small, who died this week at 77, was one of a group of authors who helped transform romance in the 1970s from a relatively tame, demure genre to the bold, bawdy books that sell by the millions today.

Remembering Bertrice Small, One Of The Original 'Avon Ladies'

Remembering Bertrice Small, One Of The Original 'Avon Ladies' 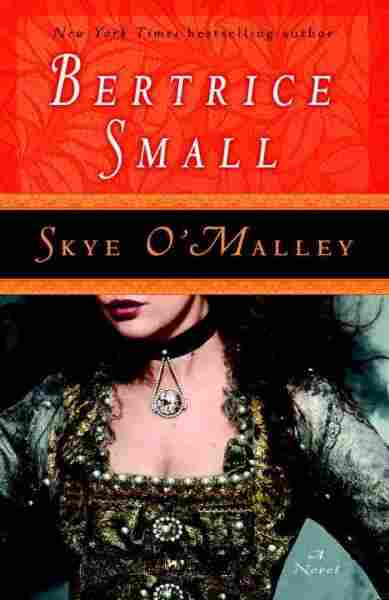 Decades before Fifty Shades of Grey and George R.R. Martin, we had Bertrice Small, the romance legend and industry pioneer who died Tuesday at 77.

Small was part of a group of female writers, known collectively as "The Avon Ladies" (others were greats like Johanna Lindsey and Rosemary Rogers), who transformed the romance novel in the late '70s, taking it from tame and sexless (think Barbara Cartland) to fiery and sensual — and creating some of the first classics of modern romance.

Small herself was known for epic, flowing storylines that combined fascinating historical tidbits and larger-than-life characters; her best-known work was the Skye O'Malley series, which starred a swashbuckling pirate queen who commanded her own fleet and once bested Queen Elizabeth I in a battle of wits.

Her books had elements of the best and worst of Avon Lady-era romance, which can sometimes jar modern readers: harems (lots of harems!), questionable consent, multiple partners, the death of beloved characters. But despite demoralizing situations, Small's heroines survive stronger than ever, prepared to face the world head-on and go after their happy-ever-after.

In 1973, Small sold her first book, The Kadin, to the first publishing house she submitted it to: G.P Putnam's Sons, a mainstream hardcover house. But then her editor and the publisher quarreled, the editor was fired and Small's contracts were canceled. Her agent shopped the book to other hardcover publishers to no avail, before finally finding a home with Avon — thus helping establish Avon as the house that pushed the envelope in romance. Bertrice Small chats with a fan in 2011; she was famously generous with her time and attention. Tina Fineberg/AP hide caption 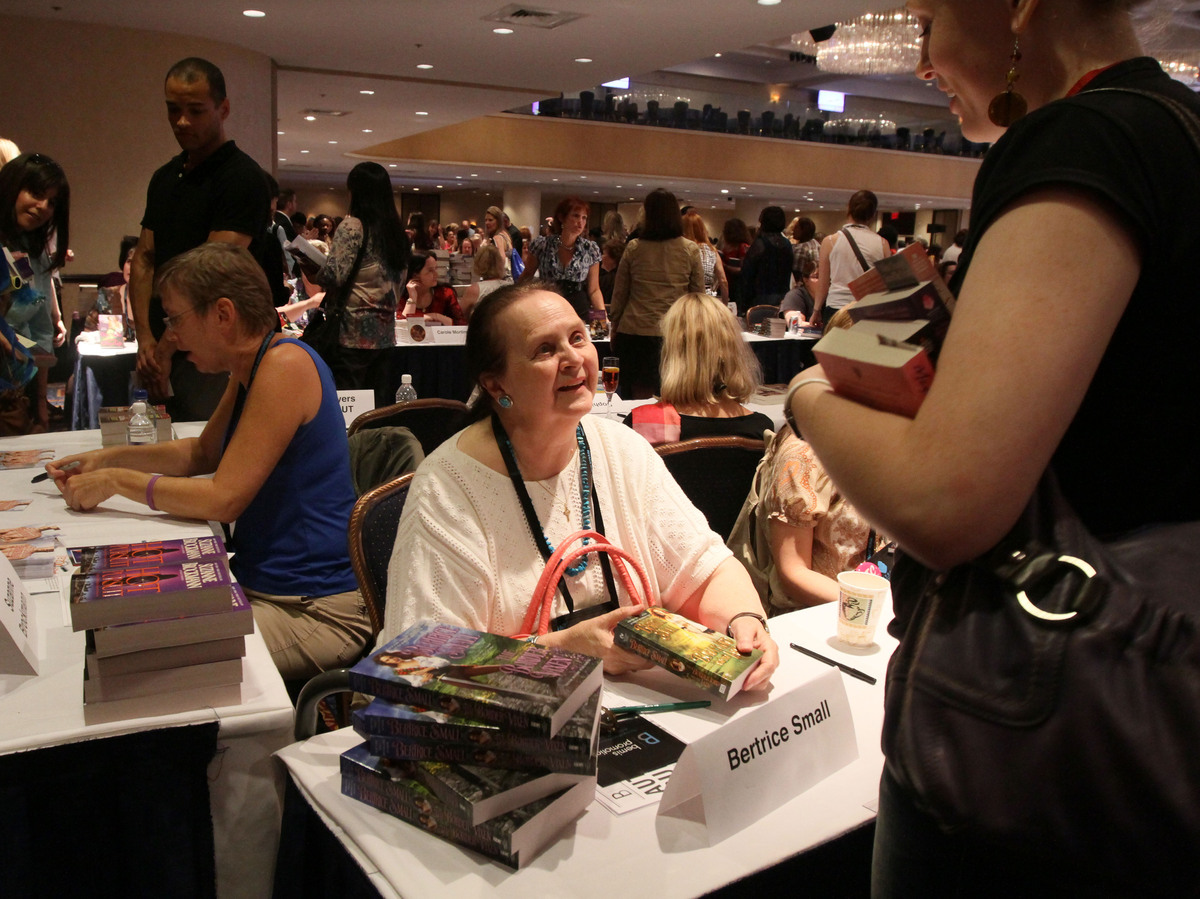 Bertrice Small chats with a fan in 2011; she was famously generous with her time and attention.

"I had the pleasure of knowing Bertrice personally and I'm proud to say she was a true 'broad' in the very best tradition of the term," Medeiros writes. "She had a 'take-no-prisoners' attitude toward publishing and writing and a lusty laugh and appreciation for life that made you feel more alive whenever you were around her. Her kind will not come again."

The Romance Writers of America gave Small their highest honor in 2014, the Nora Roberts Lifetime Achievement Award, and New York Times best-selling author Eloisa James presented it. You can see her introduction here, a witty and elegant overview of Small's extraordinary career.

Bobbi Dumas is a freelance writer based in Madison, Wis. She writes, blogs and reviews for Kirkus Media, and celebrates romance and women's fiction on her website, ReadARomanceMonth.com