Accessibility links
ISIS Extremist Who Beheaded Prisoners Is Identified The masked man who appeared to behead hostages in videos for the so-called Islamic State, also known as ISIS, has been revealed. Known in the media as "Jihadi John," his real name is Mohammed Emwazi.

The masked man who appeared to behead hostages in videos for the so-called Islamic State, also known as ISIS, has been revealed. Known in the media as "Jihadi John," his real name is Mohammed Emwazi. 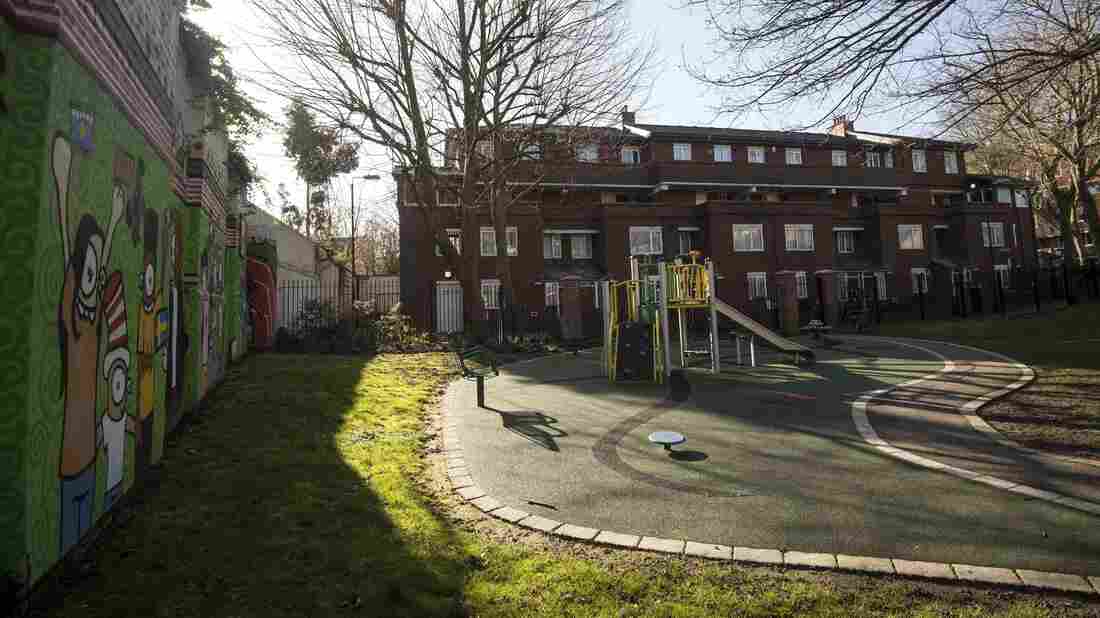 A playground is seen in London, outside an address where Kuwaiti-born London computer programmer Mohammed Emwazi is believed to have lived. Emwazi has been identified as masked ISIS militant "Jihadi John." Niklas Halle'n/AFP/Getty Images hide caption 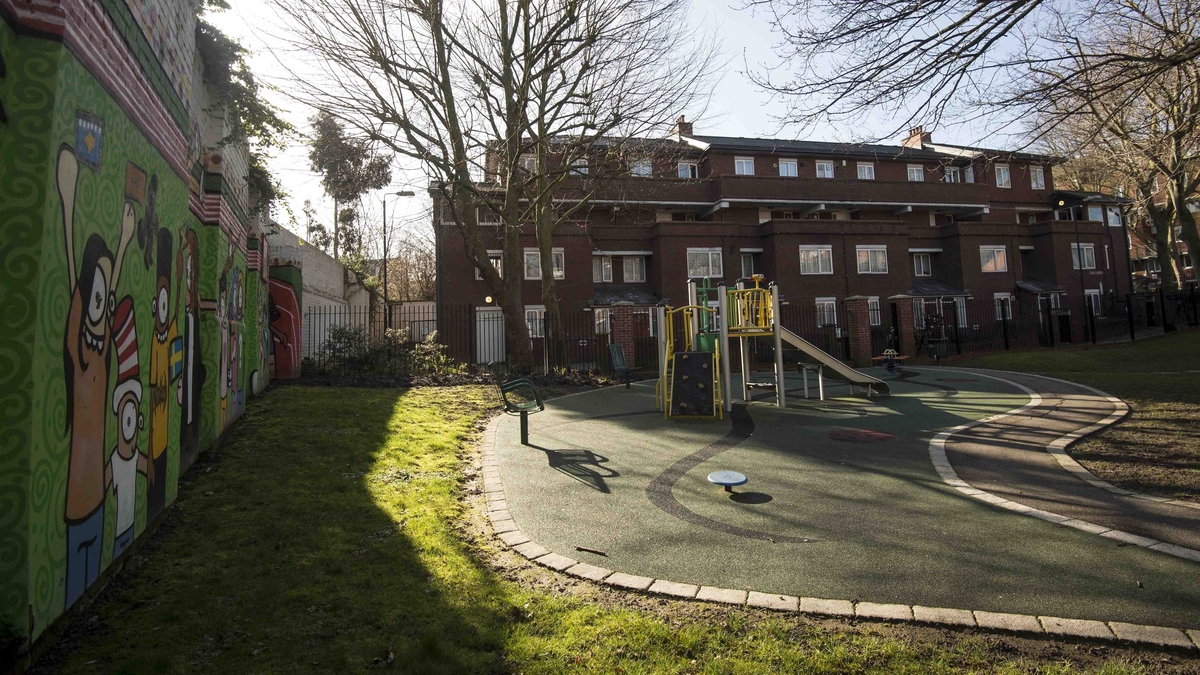 A playground is seen in London, outside an address where Kuwaiti-born London computer programmer Mohammed Emwazi is believed to have lived. Emwazi has been identified as masked ISIS militant "Jihadi John."

The Past Of 'Jihadi John': Early Run-Ins And Radicalization

We now know the identity of the masked man who appeared to behead hostages in ISIS propaganda videos last summer. Actually, U.S. and British officials knew his identity some time ago but kept his name secret for what they said were operational reasons. He's been known in the media as Jihadi John. Now, U.S. intelligence sources tell us his real name is Mohammed Emwazi. He was born in Kuwait, raised in London and is a college-educated British citizen. Counterterrorism correspondent Dina Temple-Raston has been following this story and joins us. And, Dina, let's start with how officials actually identified him.

DINA TEMPLE-RASTON, BYLINE: Well, the British government had identified him back in September. And the FBI director, James Comey, had told reporters in the U.S. that they knew who the man in videos was back in the fall. Officials say they used voice recognition software, and they spoke to former hostages who had been with him. And the captives said that they had three English-accented or English-speaking guards. And they referred to the trio as The Beatles. This particular guard was nicknamed John. You know, authorities believed - identified him as Emwazi shortly after he appeared to kill journalist James Foley in a video. Then, four more hostage videos came out in which he appeared. And that only confirmed what authorities said they already knew. The most recent video in which he appeared was just last month. And that was with the two Japanese hostages shortly before they were killed.

GREENE: Well, and at this point, what do we know about him and his story?

TEMPLE-RASTON: Well, we know he's 26, that he grew up in West London and graduated from the University of Westminster with a degree in computer programming. The Washington Post reported that he had some run-ins with British security, that they detained him when he traveled, and this incensed him. And that's what led him to move to Kuwait, where he was born, in late 2009. He tried to come back to the U.K. for a visit and was allegedly detained again. And then, Kuwait, The Post reports, refused to renew his visa.

GREENE: Well, you mention these reports that he was detained and maybe incensed about that. There's some claiming that Emwazi left the U.K. because he had been hassled by British authorities. What do we know about that possibility?

TEMPLE-RASTON: Left the U.K. and possibly was radicalized because of that. Well, there are two narratives that are forming about what happened. One is that the way he was treated by British authorities radicalized him. Most of those claims have come from a researcher at a Muslim advocacy organization in the U.K., called CAGE. And that researcher says Emwazi met with him in the fall of 2009, after he had been detained. And he was very upset about the way he had been treated. The implication had been that Emwazi was radicalized because of this poor treatment. But there's also a second narrative. And this one is bolstered by court papers that were obtained by the BBC overnight. And those court papers were filed back in 2011. And they say that Emwazi was part of a group known as the North London Boys. They had links to the Somali-based terrorist group al-Shabaab. Now, the London Boys were allegedly funneling money and fighters to the group as far back as 2007. And a member of that group had gone to Somalia to fight in 2009, telling his family that he was going to Kenya on Safari. So Emwazi was stopped by British intelligence only a couple of months later. And he also told authorities that he was in Africa to go on safari. So you could see how his connection to the group and his appearance in Africa might have sent up some red flags and led to his being detained by authorities. So by this account, he would have already been on the road to radicalization, even before British law enforcement stopped him.

GREENE: Well, this road, it sounds like, may have taken him so many places. Do we know how he actually ended up in Syria?

TEMPLE-RASTON: We don't know exactly how he traveled there. But we have an idea of when. And this may also explain how it was that he got radicalized. You know, he's thought to have gone to Syria, not necessarily to join ISIS, in 2012. Now, that would have been before the State Department declared ISIS to be a terrorist organization. At the time, a lot of European Muslims were going to Syria with the idea fighting the Assad regime. So while he appears to have ended up with ISIS, he didn't necessarily go to Syria to join that group. So he might've had some radicalized leanings that were made worse once he was in Syria.

GREENE: All right, that's NPR's Dina Temple-Raston, joining us here in the studio. Dina, thanks very much.