Accessibility links
Review: Matthew E. White, 'Fresh Blood' He wanted to be the behind-the-scenes guy, not the star. But backed by strings, choirs, horns and the house band of his own label, White made a second album that isn't different — just better.

It'd be inexact to describe Matthew E. White as a reluctant frontman, but up until the advent of Fresh Blood, his excellent second album, "rock star" wasn't exactly how he saw his future in music. His plan was more quixotic than becoming a successful singer-songwriter: He was starting a label, called Spacebomb Records, in the manner of Motown or Stax or Studio One, with a band and production team in-house. (Literally — his drummer is his roommate and their attic is Spacebomb Studios.) 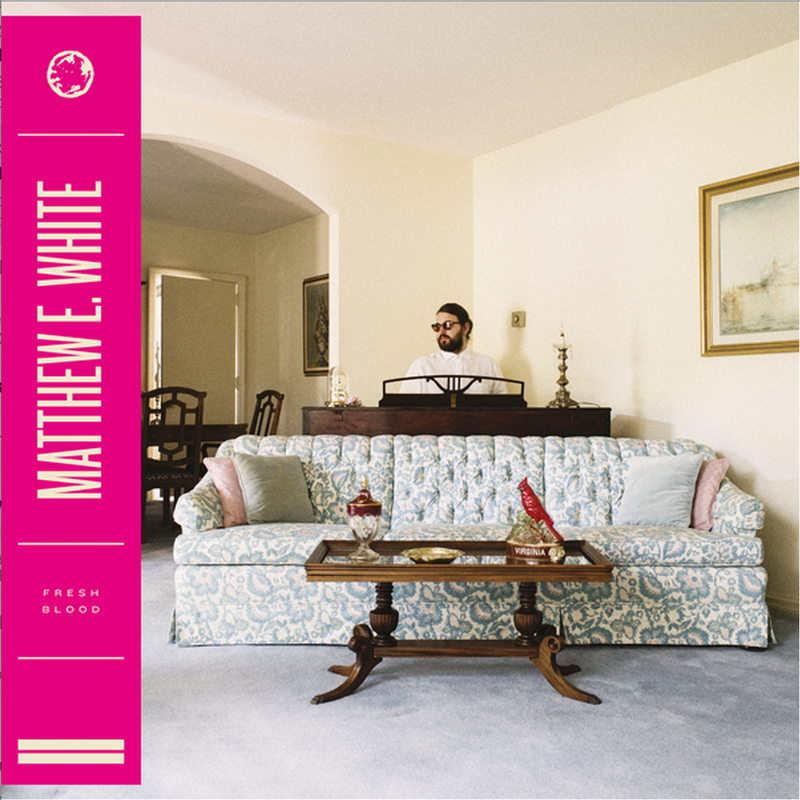 Those who knew White's previous work, notably as a jazz composer/arranger, and the level of talent hovering about Richmond, Va., knew it to be possible. But to sell the idea to the outside world, he'd need a proof-of-concept calling card. So, whatever, he'd do it himself. The first seven songs with lyrics he ever wrote went onto the album Big Inner (ha) and he called it a success, knowing its grandeur and badass musicianship would speak to anyone's concerns about Spacebomb's artistic integrity.

Then a funny thing happened: People liked it, kind of a lot. Its critical success brought him on tour across the country, and across Europe, and into an opera house surrounded by 30 musicians. And unexpectedly, and to his own amusement, and with frequent acknowledgment of the gratitude owed to his Spacebomb team, he found that the behind-the-scenes role he'd always envisioned for himself wasn't the only natural fit for his talents. He set out on making a second album that used more or less the same sonic inspirations and cast of characters. He didn't want it to be different, really; he just wanted it to be better.

Fresh Blood is certainly more lyrically deliberate, with songs about sexual abuse in the church ("Holy Moly"), a friend's late mother ("Circle 'Round The Sun") and Philip Seymour Hoffman ("Tranquility"). It's bookended by songs about love and peppered with songs about lust. It's music replete with sweeping string and choral and horn arrangements, backed by real-time rhythm-section synchronicity — which decades earlier may have been de rigeur for a crew with conceptual ambitions like Spacebomb, and now seems mildly quaint in an age where you could get most of the way there on a laptop alone. It's the kind of record where the lead single ("Rock And Roll Is Cold") is built on a 12-bar blues (who does that anymore?) and adorned with "ooh-la-las." It's still fronted by a "raw"-voiced singer amid a backdrop of "bigness," to echo his own terms of art. It still incorporates gestures from Southern and country-rock beardos, Baroque chamber-pop auteurs, spiritually concerned singer-songwriters, classic R&B and soul factories.

It's not that any of this is anything you're meant to ponder when you're listening. In fact, in "Rock And Roll Is Cold," White seems to suggest that that sort of postmortem categorical analysis misses the warm gravity his heroes embody: "Everybody likes to talk / Everybody likes to talk s---," he sings, laughing off the intellectual reductionists. Signifiers of how it "used to was" are prevalent if you know what you're listening for, but they aren't the real gestures of tribute, or aspiring to lineage. The high quality of performance and arranging, the generous spirit of its narrator, the ear-candy moments of instant comfort that permeate Fresh Blood — all that is how Matt White and his crew salute their inspirations.