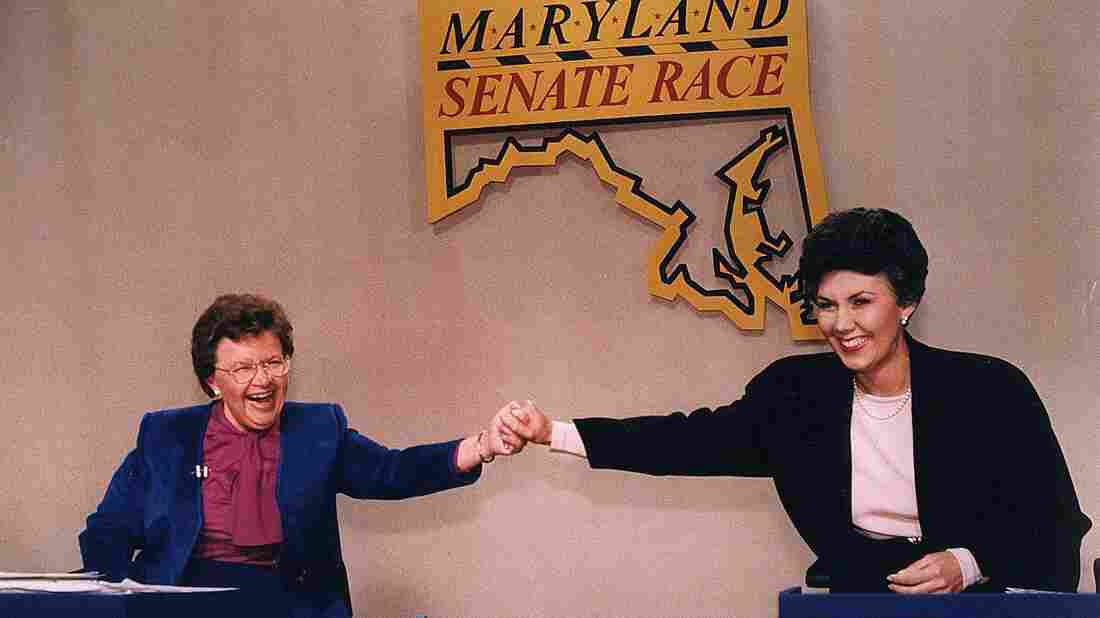 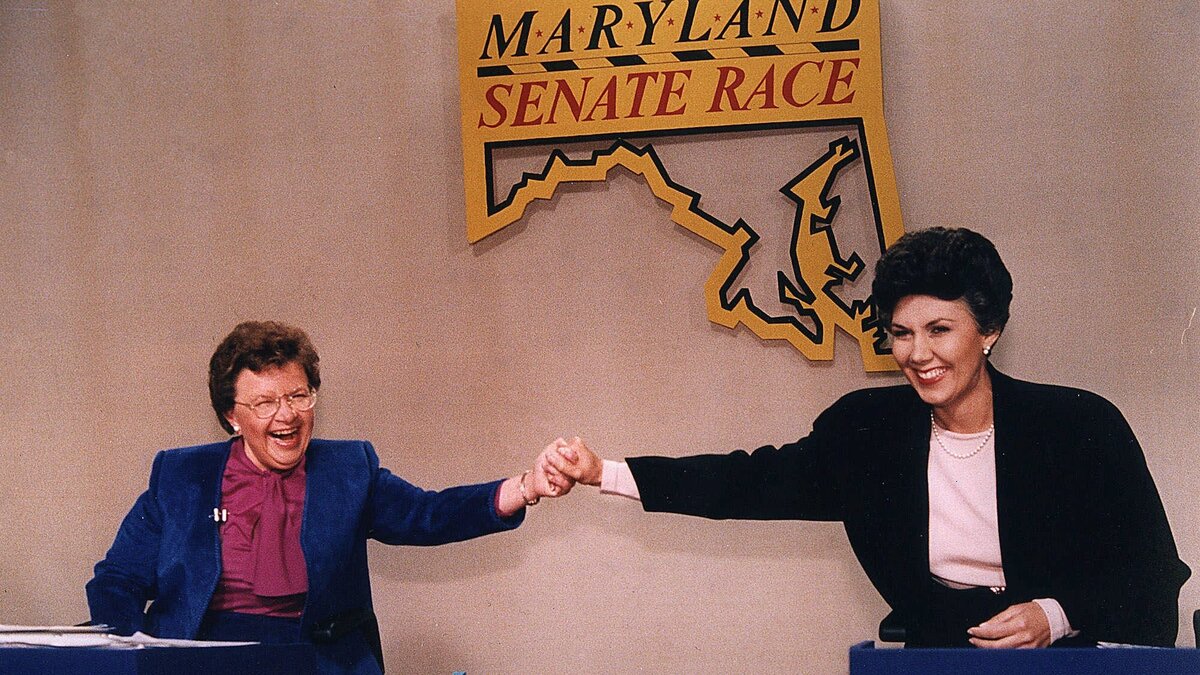 Mikulski (left) and her then-opponent Linda Chavez hold hands before the Maryland Senate candidates debate in 1986.

A surprise political announcement Monday — the longest-serving woman in Congress, Democratic Sen. Barbara Mikulski of Maryland, said she will not seek re-election next year. Mikulski was first elected to the House in 1976, and 10 years later was elected to the Senate.

Mikulski announced her decision in her hometown of Baltimore, not far from where she first became active in politics, organizing against a planned freeway that would have destroyed her neighborhood. The 78-year-old Mikulski said it came down to how she wanted to spend the next two years. "Do I spend my time raising money, or do I spend my time raising hell? Do I focus on my election, or do I focus on the next generation?"

Mikulski, though short in stature, is known as a tough and tenacious advocate. The Baltimore Sun once said she had a "bark like a vicious terrier." Trained as a social worker, she's been a reliable liberal vote on social and fiscal issues. Mikulski rose up the ladder on the Senate Appropriations Committee to become its first female chairwoman, looking out for home state concerns ranging from the Goddard Space Flight Center to the National Institutes of Health.

Asked Monday what she was most proud of, Mikulski cited the groundbreaking nature of her career. "When I came to the Senate I was the only Democratic woman, I was the first elected in her own right. But I said though I was the first, I didn't want to be the only."

And she isn't. There are now 20 women in the Senate, whom Mikulski meets weekly for lunch. 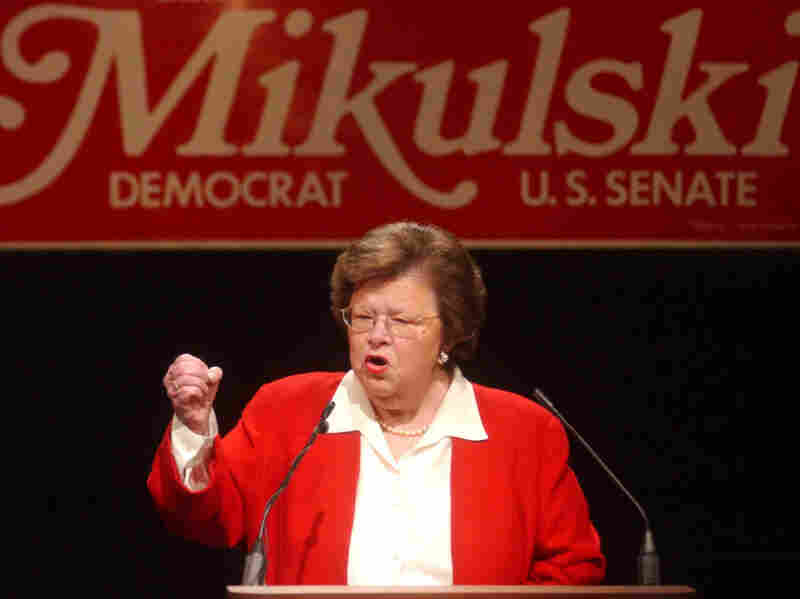 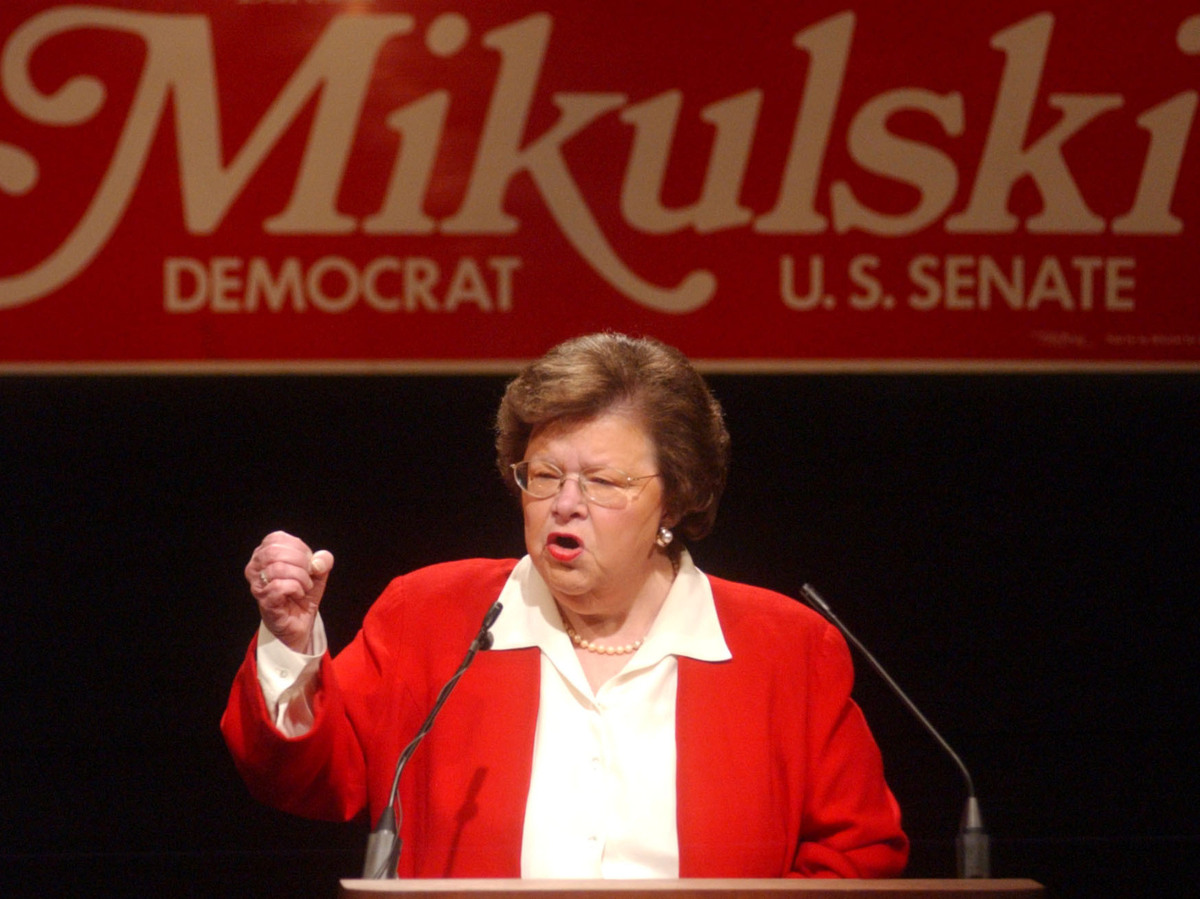 Political science professor Roy Meyers of the University of Maryland, Baltimore County says her legacy crossed party lines. "Many of the women that came into the Senate and the House, regardless of whether they were Republicans or Democrats, really viewed her as a role model," he said. Meyers says Mikulski was "a groundbreaker in terms of making sure the voices of women legislators were taken seriously."

In a statement, President Obama said Mikulski's leadership "serves as an inspiration to millions of women and girls across the globe to stand up and lead."

Mikulski says she has no health problems, nor is she frustrated in the Senate, though she is now in the minority. Her decision to retire is sure to set off a scramble among Democrats and some Republicans to replace her. She joked: "Maryland has a lot of talent and they'll be telling you about it within the next 10 minutes."

Meyers says if he "counted all the candidates in the Democratic Party who are thinking of going for this race I wouldn't have enough fingers on my two hands."

Among the names being mentioned are Baltimore Mayor Stephanie Rawlings-Blake; several Democratic members of the state's congressional delegation including Chris Van Hollen and Donna Edwards; Labor Secretary Tom Perez, and former Gov. Martin O'Malley, who is currently considering a long-shot presidential bid (and whose mother works in Mikulski's Senate office).