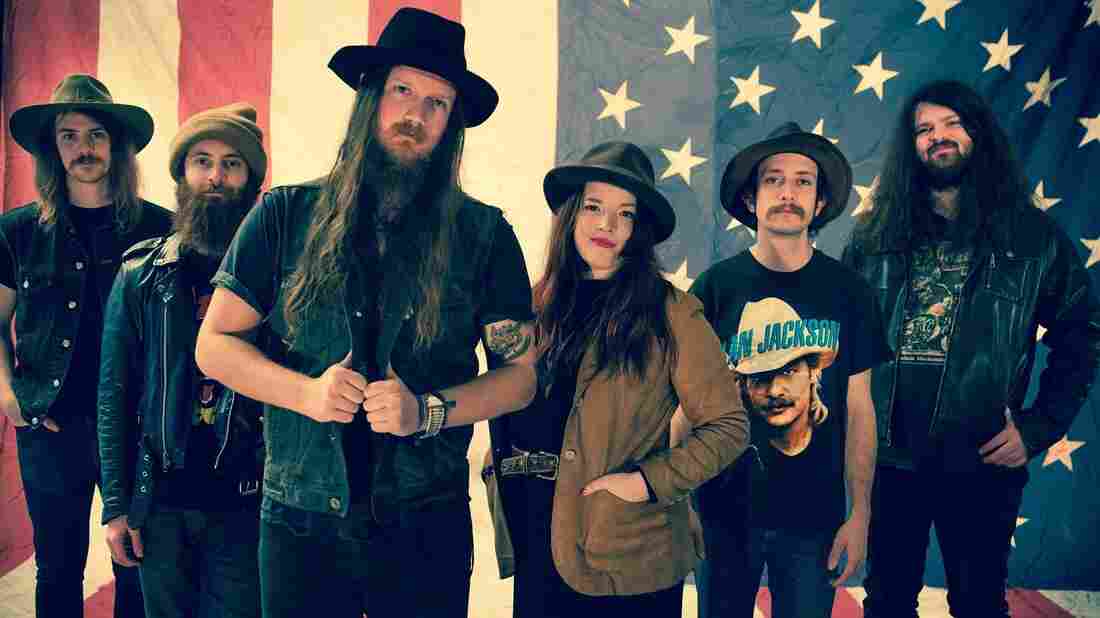 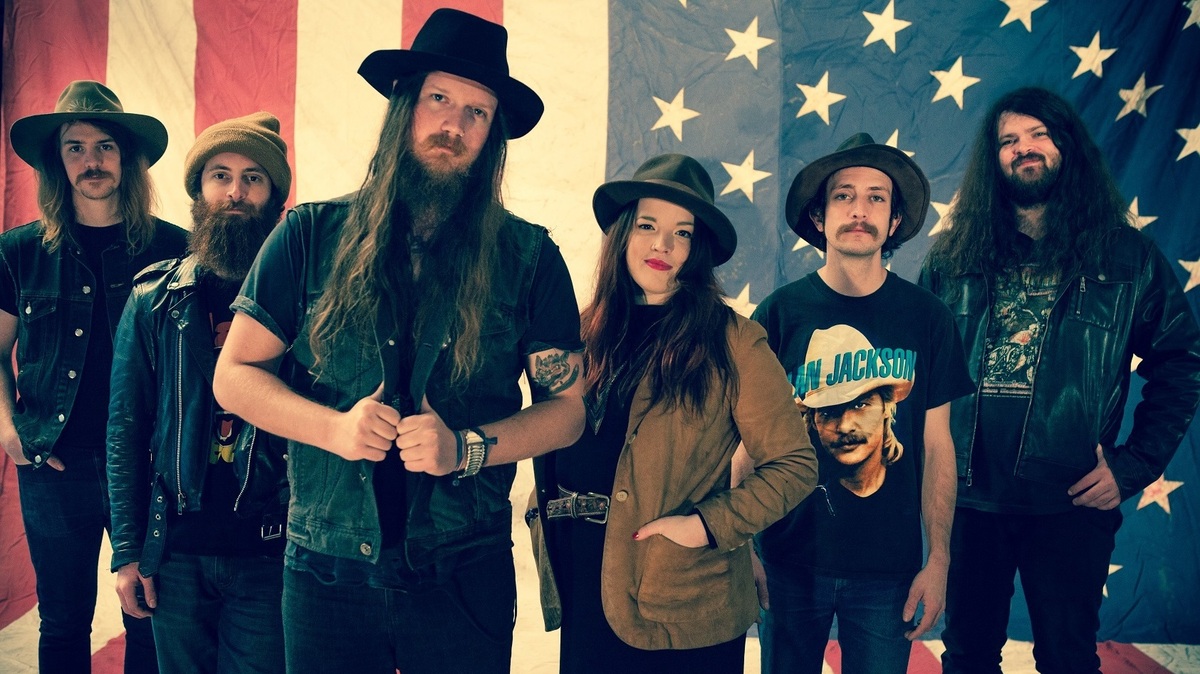 On the cover of its soon-to-be released Bloodshot Records debut album, the rock and roll marauders in Banditos are relaxing on an American flag. The huge banner makes up the floor and walls of a makeshift living room, where the group lounges in voluminous hair, hats and, on drummer Randy Wade, a motorcycle helmet. It looks like Banditos is waiting backstage at the club in at the end of the roots-rock universe. The visual forms an ideal metaphor for the racket Banditos makes — rolling through history on two wheels, accomplished enough to pay it due respect but always putting the boogie and the laughter and the chill good time first. 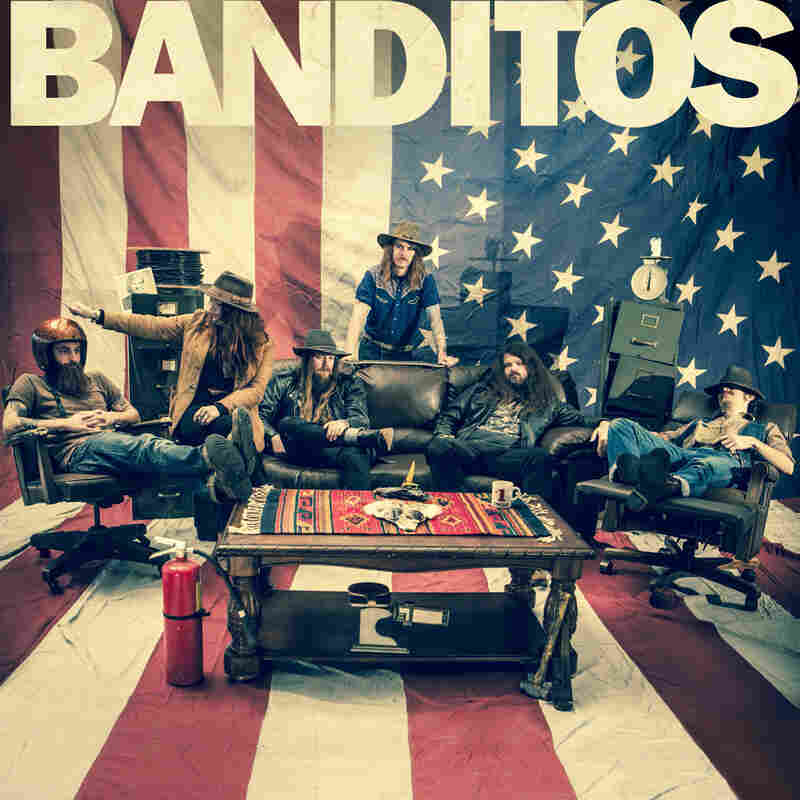 Banditos' self-titled album is out May 12 on Bloodshot Records. Courtesy of the artist hide caption

Banditos is now based in Nashville, but was formed in Birmingham, Alabama, one of those American towns that's experiencing a quiet bohemian-driven resurgence fueled by younger residents moving back into the city center and opening art galleries and bars and artisanal pizza joints. The group came up in rowdy bars, and it shows. It plays to fill the room and turn it on.

Three vocalists, a wicked guitarist who also plays pedal steel, a banjo, an upright bass and a hot-footed drummer guarantee that every song they play is stuffed with crazy rhythms and melodic energy. "Cry Baby Cry" also features some boogie woogie piano that gives its Southern rock a sheen of New Orleans. Corey Parsons and Mary Beth Richardson blend harmonies like two jitterbugging fools while Jeffrey Salter's riffs add some Southside Chicago heat to the mix. What's the song about? Oh, you know, love and sex and heartbreak and moving on and stuff. But really, it's about that great American pastime — having some fun.