Accessibility links
In Houston, Falling Oil Prices Spark Fears Of Job Cuts Beyond Energy Cheaper gasoline has benefited millions of motorists around the U.S. But in Houston the downturn in prices has brought layoffs and could hurt other sectors, including finance and real estate. 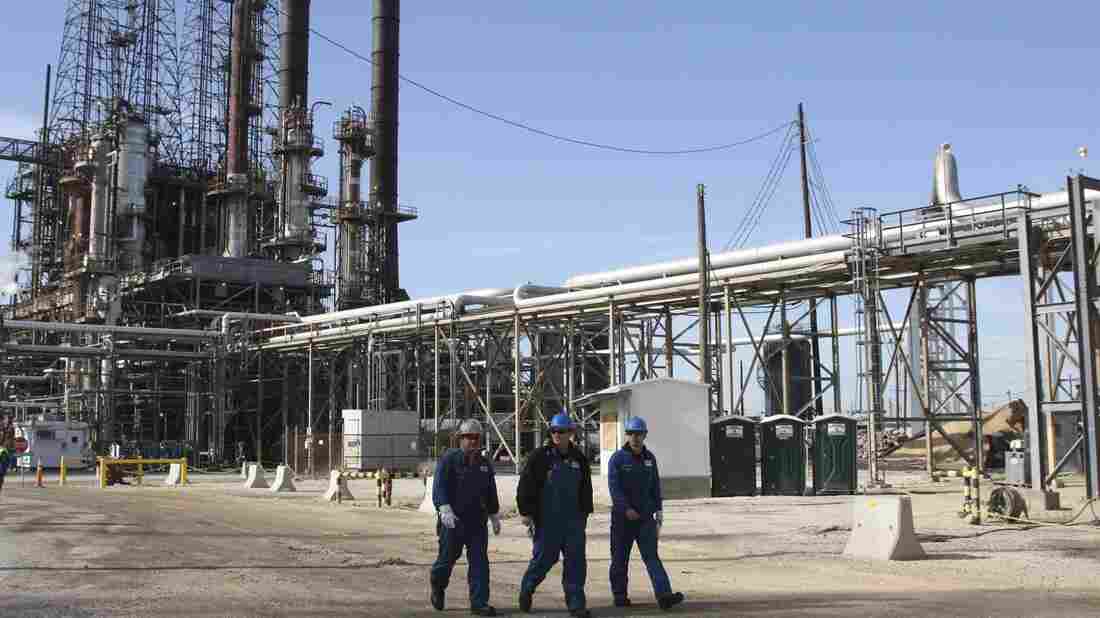 Workers walk inside the LyondellBasell oil refinery in Houston in 2013. Lower oil prices are stoking fears of an economic decline in the region. Donna Carson/Reuters/Corbis hide caption 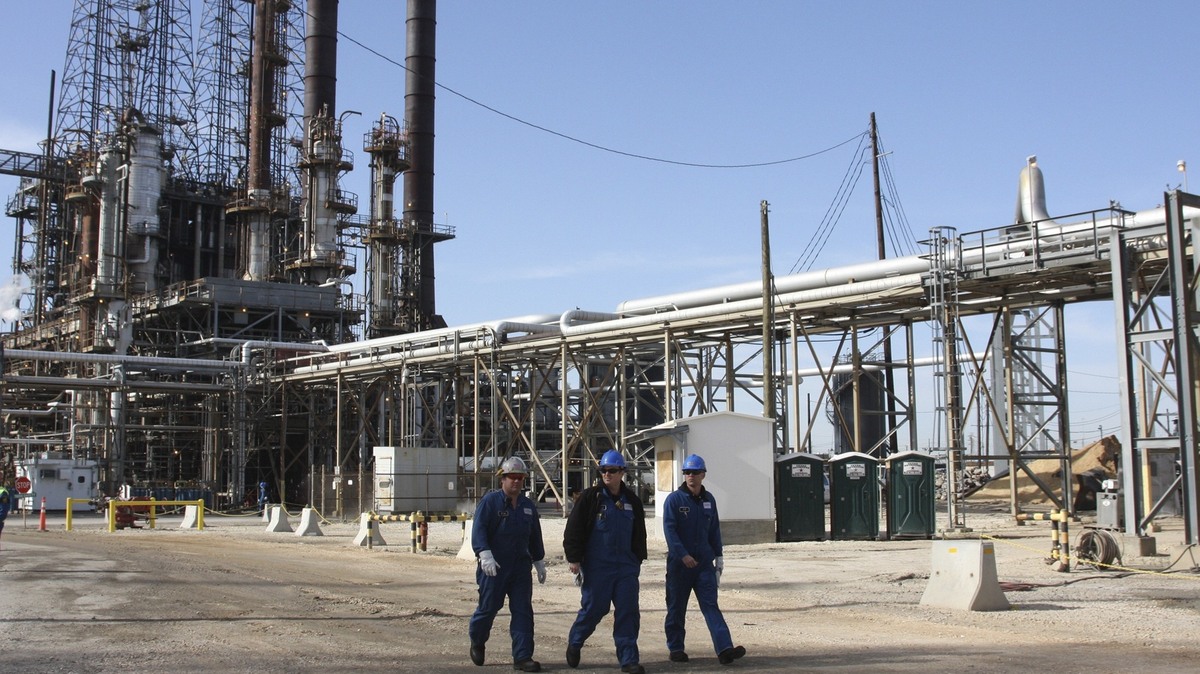 Workers walk inside the LyondellBasell oil refinery in Houston in 2013. Lower oil prices are stoking fears of an economic decline in the region.

In recent weeks, the price of gasoline has ticked up but regular unleaded still costs about a dollar less than it did a year ago. That's good for consumers, who have more money to spend. But in Houston, one way or another, the paychecks consumers depend on come from the oil business.

The world's three biggest oilfield service firms — Schlumberger, Halliburton and Baker Hughes — have announced a combined 22,000 layoffs in recent months. Those job cuts are worldwide, but many are falling in Houston, where all three companies have headquarters.

Robert Harrold was recently let go by Halliburton's IT department. "My manager's manager came by and told me I was needed in a meeting. And [I] locked my computer up and went over next door to HR. And they said, 'You're being laid off.' Just like that."

This was actually Harrold's second time being laid off by Halliburton in the past 10 years. He says he may turn to security consulting to pay the bills. "The oil services company layoffs don't just affect the folks working out in the oilfields," he says.

'Kings When It's Good': Oklahoma Braces For Possible Crude Crash

According to a model prepared by economists at the Federal Reserve Bank of Dallas, a drop of about 50 percent in oil prices is associated with a 1.2 percent drop in Texas employment. If the model proves correct, Texas stands to lose about 140,000 jobs.

"This would be mining jobs, finance, real estate, legal," says Jesse Thompson, a business economist at the Federal Reserve Bank's Houston branch. "This would encompass the entire spectrum of employment impacts as a result of the price declines."

Even with those layoffs, Thompson says, Texas is still poised to eke out a modest gain in jobs this year. Houston will fare worse than the state on average. But it won't do as badly as areas closer to the actual drilling in South and West Texas.

"We have a lot of construction activity going on as a result of the shale gas production boom in the downstream side, in the refining and petrochemicals, that are going to sort of buttress us against these declines in mining employment," Thompson says.

Cheap oil is a boon to refineries. Petrochemical plants rely on cheap natural gas to make their products. All that may be why workers at five nearby facilities were willing to strike, and demonstrate downtown, when negotiations for a new contract broke down. The strike is now in its fifth week.

"They're looking at the number of apartments that are under construction right now that are going to be delivered in the next 12 to 18 months, and they're looking at job growth being reduced, because of the price of oil," says Kirk Tate of Allied-Orion Group, a residential management company.

Houston is no stranger to oil downturns. The price collapse of the 1980s scarred the local economy for years. The mantra throughout the latest boom is that the region has learned its lesson. It's diversified. It's better positioned to withstand another bust. But that's about to be put to the test.