Accessibility links
Songs We Love: Girl Band, 'Why They Hide Their Bodies Under My Garage?' These Dublin upstarts, one of SXSW 2015's must-see guitar bands, covered Blawan's underground techno hit, and it actually works.

04Why They Hide Their Bodies Under My Garage?

Songs We Love: Girl Band, 'Why They Hide Their Bodies Under My Garage?'

Electronic music borrows from its live music brethren all the time, but how often do you see a rock band covering techno or house? Aside from The Dirtbombs' Party Store album of Detroit techno covers, I can't think of one off the top of my head. (Feel free to school me in the comments section.) 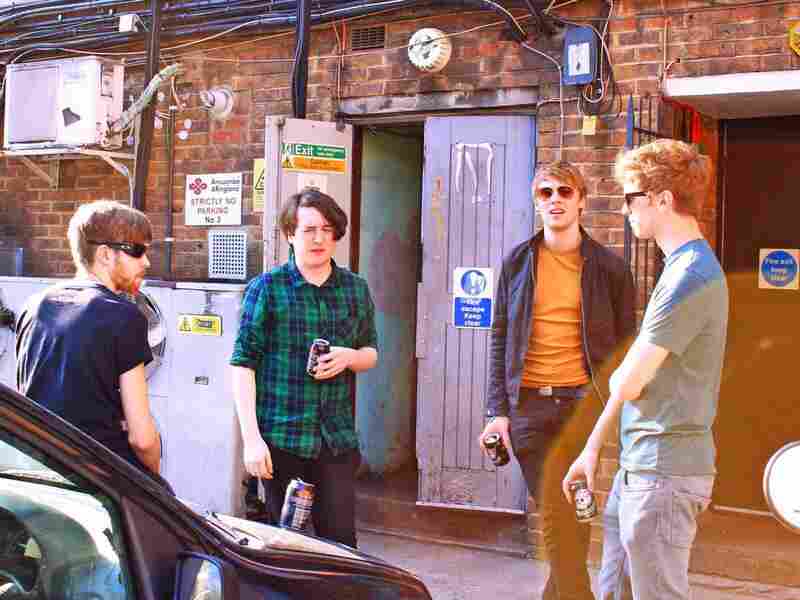 Girl Band's new EP, The Early Years, is out April 21. Courtesy of the artist hide caption

That's what makes Dublin foursome Girl Band's cover of a harrowing dance track by British producer Blawan pretty cool. "Why They Hide Their Bodies Under My Garage?" — which was released as a gruesome video after the group signed to U.K. institution Rough Trade last month — contains all the sound and fury of the electronic original, but ramps up the drama as the song unfolds (something Blawan's track didn't try to do over its six minutes).

Girl Band is one of the bands we're watching at this year's SXSW music festival. Last year's breakout single, "Lawman," was selected by NPR editor Stephen Thompson for our Austin 100 mixtape. You can also watch a video of the guys performing live at KEXP in Seattle.