Accessibility links
'Mindy' And The Little Story That Just Might Work There are certain stories that very few shows can tell without falling on their faces. The Mindy Project may be able to beat those lousy odds. 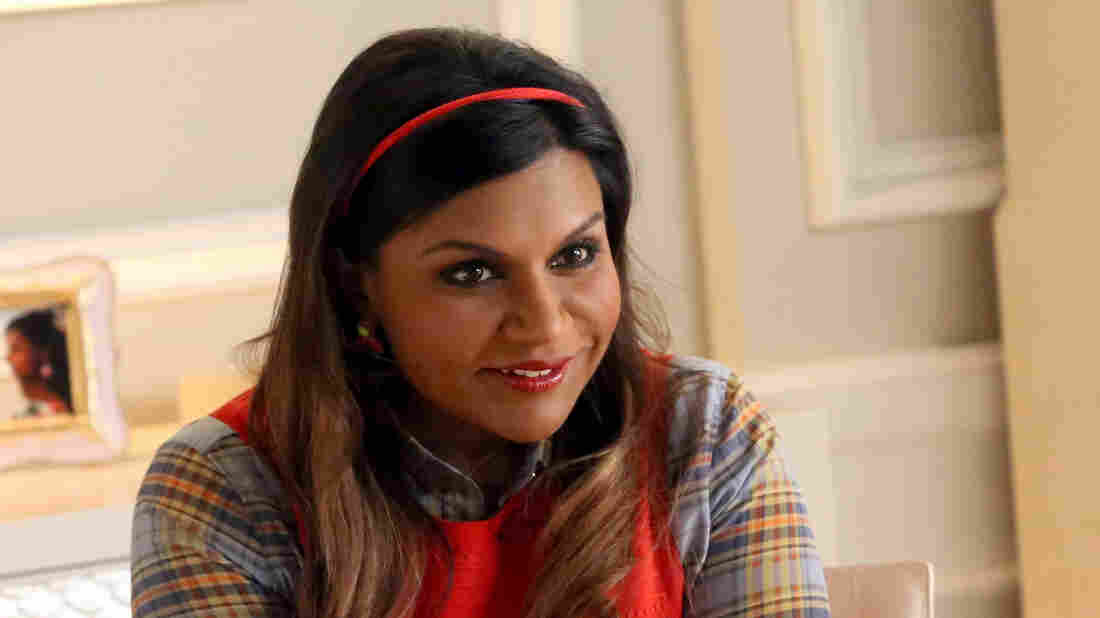 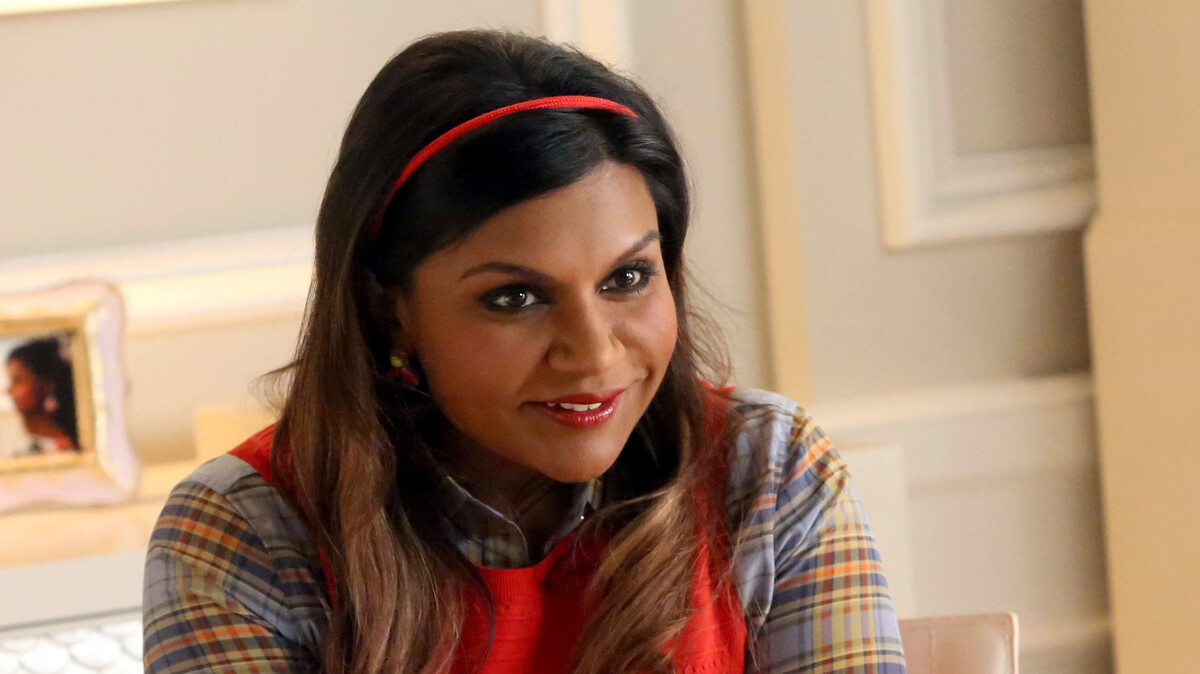 Mindy Lahiri (Mindy Kaling) is preparing for some big changes.

My reaction to the initial revelation that Mindy Lahiri, the heroine (?) of Mindy Kaling's The Mindy Project, was pregnant was the same one I think a lot of people had: Oh, brother.

This was the case for two reasons. First, baby stories are notoriously difficult to make interesting, and adding babies to comedies often leads to awkwardness, as people who didn't set out to write stories about babies often like writing about birth and do not like writing about parenting, so after a while, it's like the baby never happened.

And second, they were going to have an OB/GYN find herself with an unplanned pregnancy? This, to me, made no sense.

But just as there were two reasons I was initially concerned about how the pregnancy story would affect the show, there are two separate reasons why it's begun to grow on me.

First, one of the charms of Mindy has always been its fearlessness about the fact that Mindy Lahiri lives right on the line between sympathetic and not, and between smart and not. A lot of the time, the way they carry this off is that the underlying stories are warm, often classic plucky-young-woman stories (Mindy falling in love with Danny, Mindy trying to improve herself, Mindy opening her own business, which in this case is a fertility clinic), but the tossed-off jokes are a playground of sometimes ice-cold self-defined princessing and shallow ridiculousness (Mindy running up to Kris Jenner, begging for a mention on Twitter and yelling, "Your womb is a national treasure!").

It feels very unusual to see a broadcast comedy play this openly with how likable a pregnant woman is. Pregnancy in television characters is often treated like a gateway to outgrowing all your flaws, instantly turning much sweeter, instantly turning much more adult, and finding that you've known all along how to be a wonderful mother and so, of course, you will be. There's no indication that this is going to happen to Mindy, necessarily.

She's still selfish in most of the ways she was before. She's kind of fascinated by being pregnant and by the status it brings her, but she hasn't suddenly become someone who effortlessly puts having a baby before herself. The show has stuck to its guns as a part-farce, part-dark-comedy story about a woman who much of the time is not the adorable kind of mess but an actual mess, even now that she's pregnant. She still only kind of makes sense much of the time. (She delivered a lecture to her brother that she also directed to, as she put it, "Mindy Junior," in which she argued for cocaine over marijuana on the basis that pot makes you fat and lazy, and at least cocaine has "an industrious spirit." And a few minutes later, she almost took a job offer from a drug dealer.)

She's not just not a role model, she's not even necessarily someone you'd want to be friends with. Neither, of course, was anyone on Seinfeld or Louie, shows with sensibilities closer to Mindy's than its structural and thematic nods to romantic comedy would sometimes suggest. It's interesting to see Kaling and the other writers sort of batting around the collision between Mindy's personality and the state of being pregnant, and it feels like something I'm not sure I've seen before.

The other thing I've grown to appreciate about the pregnancy storyline is directly related to my initial sense that it was totally implausible. Over time, I realized that the reason it made no sense to me was that I implicitly assumed the explanation was going to be what it often is when central characters experience unplanned pregnancies, particularly in comedies: they did everything they could not to get pregnant, and it happened anyway. That, after all, is how Ross and Rachel got pregnant on Friends — that's why Ross had the entire running gag about how the non-100-percent effectiveness of condoms should be on the box. Had Mindy the OB/GYN turned out to simply not understand how condoms worked, or had she turned out to not know that she needed to use birth control, or had she stammered about the failure rate of condoms being unknown to her, that would indeed have been ridiculous.

But Tuesday night, we learned how Mindy got pregnant: she and her boyfriend, Danny, are usually careful, but on this occasion, they weren't. As they explained it, it was New Year's Eve, she looked hot, and they had sex in Times Square. Specifically, under the Lion King billboard. They did something a lot of people do at some point in their lives, sometimes resulting in pregnancy and sometimes not: they acted impulsively and gambled that they'd be lucky, and they weren't. Being trained as a doctor doesn't necessarily guard against that, of course — knowing the best advice to give and being able to apply it to your own life, especially all the time, are two different skills.

The way they're managing this story so far, they don't feel the obligation to apologize for or justify the fact that Mindy's pregnant, or to promise that it isn't the result of any choice she and Danny made so that you'll still like them, the way you were promised that Rachel being pregnant wasn't the result of any lack of care on the part of her and her condom-ignorant partner. In this case, Mindy being pregnant kind of is something Mindy and Danny did (that, again, lots of folks do), but hashing out what that means about them — chewing on the implications of her being pregnant (and partnered but unmarried) — isn't the driver of the story, except perhaps because Danny is Catholic and therefore had an initial instinct to line up for what he called a "quickie shame wedding." (They didn't go through with it.)

Sometimes unplanned pregnancies result from crazy one-night stands (as they often do when TV and movies dare to touch them) and sometimes they result from birth control failures and best ... er, laid plans going awry, but rarely is it acknowledged that sometimes, they may result when stable couples don't execute their plans perfectly. That, again, is not necessarily the story that's usually told.

The fact that Mindy got pregnant because she, and her usually much more careful boyfriend, just plain didn't do what they meant to do to prevent it is right in line with the way these characters have always been presented, but it's not what you often get in cute unplanned-pregnancy stories. Knocked Up, you'll remember, goes through an absurd, tortured sequence in order to make sure you know that Katherine Heigl honestly believed Seth Rogen was wearing a condom (and couldn't tell he wasn't, which: all righty). It's as if the story will derail, and its sweetness will disappear, if Heigl's character gets pregnant following a one-night stand simply because she was involved in a very common (and more believable) three-word story that has resulted in a lot of actual poor decisions: "We were drunk."

Think how much more interesting that story might have been if that character had been pregnant simply because she was drunk and careless and human, and she didn't spend half the movie angry because she was accidentally pregnant in spite of her own best efforts.

Don't get me wrong: these are separate things. I don't think getting accidentally pregnant by acting on impulse is among the things that makes Dr. Mindy unlikable; it's just that the show's universe is one in which this can happen to this person who sometimes doesn't make prudent choices in her own long-term best interests. There's a version of this, too, in the film Obvious Child from last year, in which Jenny Slate's character, upon realizing she's pregnant, miserably tells a friend that she — having also been drunk — sort of remembers thinking they should use a condom but isn't sure whether they actually used one. And while she clearly regrets it, she's still treated with tons of warmth and humor as the same imperfect soul she was when the film started.

It remains to be seen exactly how this story is going to be resolved, but right now, the mix of frankness, dark humor and romantic comedy, even in the context of the heavy topic of having a kid, is making for an interesting show.