Accessibility links
'American Crime': An Ambitious And Inventive Drama With Miles To Go It's hard to predict where the complex American Crime might be headed, but it's led by terrific performances and it's tearing into some interesting issues. 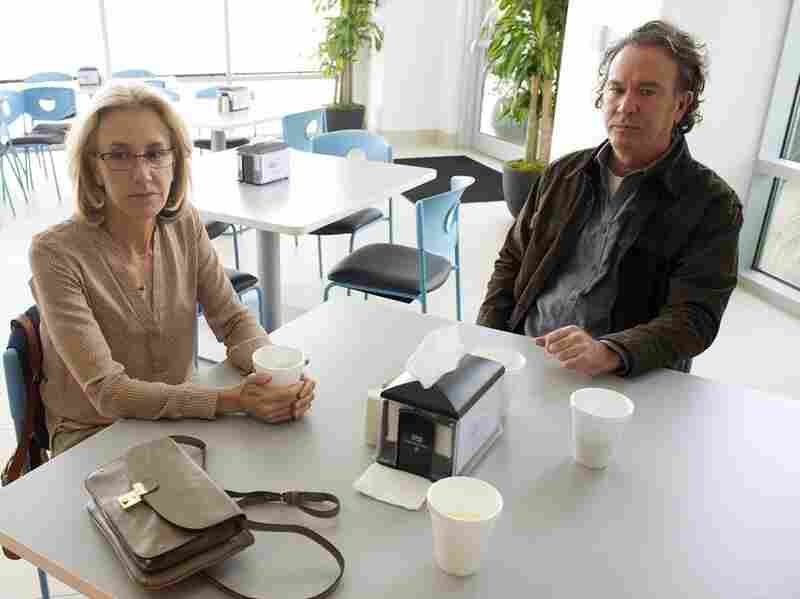 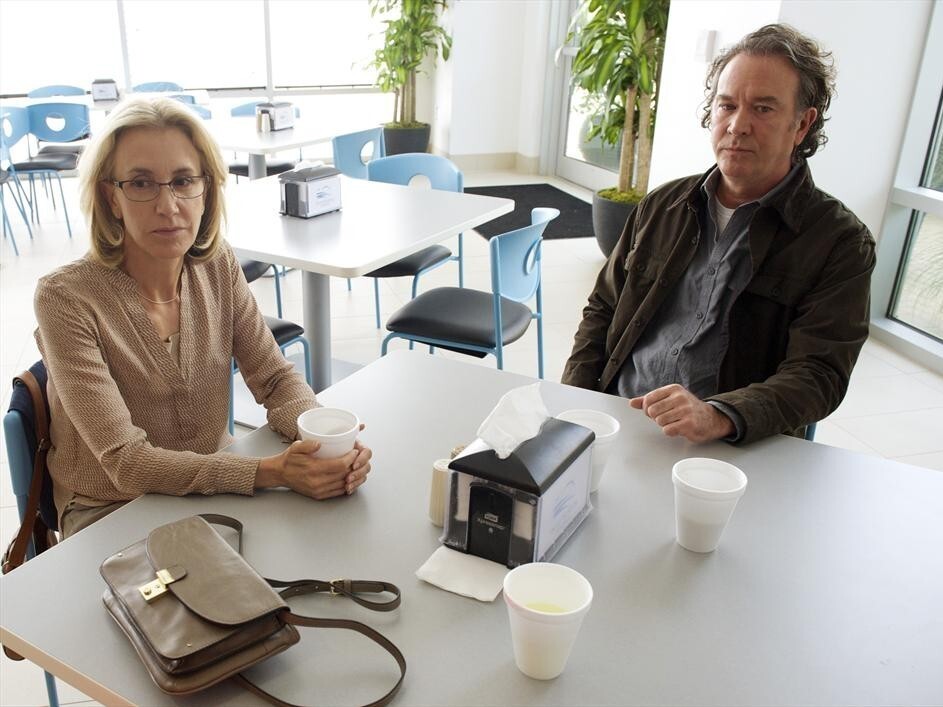 American Crime opens as a bedraggled, initially almost unrecognizable Timothy Hutton takes the worst possible middle-of-the-night phone call: The police need him to identify the body of what they believe is his murdered son.

This phone call and this crime lie at the heart of the new drama series, created by John Ridley, the Oscar-winning screenwriter of 12 Years A Slave (and a sometime commentator for NPR). What emerges from the sprawling array of characters and family is an imperfect but very ambitious effort to, within the confines of a broadcast drama, get at a wide variety of social and cultural aspects of both the United States as a whole and its justice system in particular.

ABC has foregrounded this fact as it promotes the show: the description says, "Told from the points of view of all those involved, this new drama examines preconceptions on faith, family, gender, race, class and other aspects of our social experience with an approach and perspectives historically underserved in media." And in the first four episodes made available to critics, it lives up to this weighty promise sometimes — more and more as it progresses — but isn't immune to the tropes that often haunt efforts to talk seriously about these matters.

The basic facts are these: Hutton plays Russ Skokie, whose son Matt, a military veteran, was killed at home. Matt's wife, Gwen, survived after being brutally assaulted. We begin to meet other people we know will eventually come to be directly or tangentially connected to this investigation: Russ' ex-wife Barb; widowed father Alonzo Gutierrez, his son Tony, and his daughter Jenny; initial user of Matt's credit cards Hector Tontz; and hard-living drug addicts Carter Nix and his girlfriend Aubry.

So the central crime involves the murder of a white veteran and the rape of his wife, and the people the police are investigating are all black or Latino. That is a tricky place to start the show you're calling American Crime, because one way to read the premise — without seeing more — is as a definition of "American crime," or at least quintessentially American crime, as well-off white people being attacked by poor brown people.

Ridley and the other writers of the show, however, are up to more than that. In fact, much of the purpose of the show is to complicate those ideas on all sides. One example: Barb, played by Felicity Huffman in a stunner of a performance, sees herself as a victim of everything: Russ' gambling that broke up their marriage, the economic hardship she experienced as a single mom, and especially what she considers the terribly unfair treatment she receives as a white person, dating back to her time in public housing, when she insists "those people" were terrible to her as a white woman with white kids, and continuing to the crime investigation, which she believes reflects that nobody cares about crimes that happen to white people, only about "hate crimes" that happen to black people.

Barb's attitudes are laid out pretty skillfully most of the time: when she hears that someone is saying a "Hispanic" person might have been present at the crime scene, her first response is, "Some illegal?" Arguably, a real person might be a little less on-the-nose with her unfair assumptions, but then ... she might not be. Similarly, her repeated use of the term "a black," as in, "if what happened to my son happened to a black," helps establish who she is and how she thinks better than having her lay out all of her feelings explicitly would. And the way she blanches when she meets a black woman police detective is accompanied by no significant dialogue at all; it's all communicated in Huffman's performance.

The Gutierrez family, too, has some interesting subtleties in the early going. Dad Alonzo is so afraid of his business being infiltrated by gangs that he winds up convincing his own daughter that he — a Latino dad — doesn't trust Latino kids. And in a development that might or might not make perfect sense to Barb, Alonzo is really angry about how "illegals" affect the way people like him are seen. (It's fascinating, by the way — fascinating — to see this show put some of these ideas in Alonzo's mouth, given a piece Ridley published in Esquire in 2006, arguing that "ascended blacks" needed to separate themselves from the other kind, the bad ones. Hard not to wonder: Does he still feel that way? Does he sympathize with the anger that Alonzo, as someone who talks about having immigrated "the right way," feels toward "illegals"? Does he sympathize with Barb's anger? Interesting questions, all, if secondary to what actually makes it into the final product.)

The story that works the least well for me in these early episodes is that of Carter and Aubry. Carter is black and Aubry is white, and he spends a lot of time defending her against various acts of violence to which she, as a young woman who's a meth addict, is potentially exposed. He saves her from beatings, saves her from prostitution, and gets her drugs so she doesn't have to go get them for herself. Eventually, her family also comes on the scene, but Aubry is a little underdeveloped as a character, and the combination of her story with the central crime sort of underlines the idea that you really only see white people on this show when they're victims of crimes or they're involved in prosecuting or policing. That, again, is an idea that will be challenged as the murder investigation continues, but Aubry is the character who feels the most like one I've seen before.

A point my friend Gene Demby made to me recently is that there's a difference between talking about race and crime and talking about race and policing. Lots of policing (and, in fact, the criminal system in general) operates around people who aren't involved in crimes at all, or has implications beyond their criminal involvement. In these first four episodes, to the degree these are the things it's trying to be about, I think American Crime is more successful as a show about race and policing (and prosecuting and sentencing) than it is as a show about race and crime. There are some really strong moments that address themselves to things like how it affects teenagers to be stopped and asked for ID for no reason, and how once a kid winds up in the juvenile system, it can be complicated to get him out.

But the execution of the show, particularly in the performances from this cast, is first-rate. Huffman and Hutton are great, Benito Martinez and Johnny Ortiz as Alonzo and Tony Gutierrez are great, and while Elvis Nolasco as Carter doesn't have all that much to do in the early hours of the show, Regina King as his sister is always a welcome sight. The direction (from Ridley in the first two episodes, but others later) is inventive and often distinctive. There's a police pursuit of a suspect, for instance, that's shot through a window from inside a store, which emphasizes that these are often mundane events that happen without fanfare — that in real life, they're not chase scenes, but just arrests of people who run out of ways to skitter away.

There's a lot to like about the show. It's clearly genuine in its desire to dig deep and to live up to that enormous mission statement ABC is promoting it with. But it's set to run 11 episodes, and it feels like it could go in so many directions that guessing how successful it's going to be one-third of the way through is really difficult. For the time being, it's well worth a watch for the exceptional acting and the solid writing and directing. Whether it's going to deliver on the thematic promises of its early hours, we don't know yet.