Accessibility links
Revive Big Band: Where Jazz Meets Hip-Hop For trumpeter and composer Igmar Thomas, much in contemporary music has clearly evolved from the jazz of eras past. It's the insight behind his big band, which recently visited his alma mater. 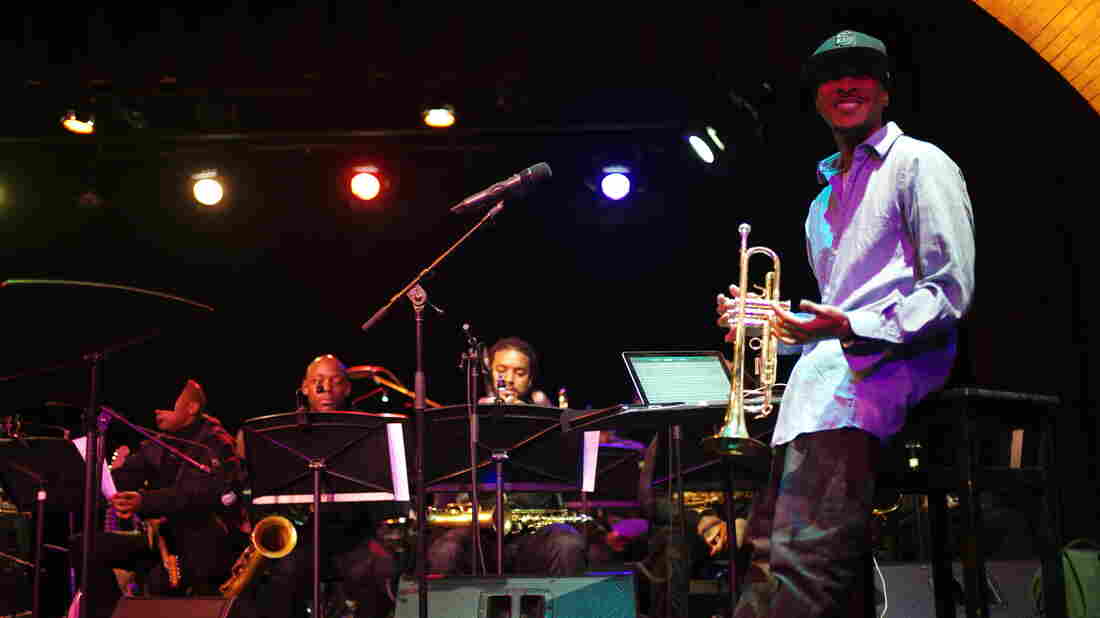 Igmar Thomas and the Revive Big Band. Courtesy of the artist hide caption 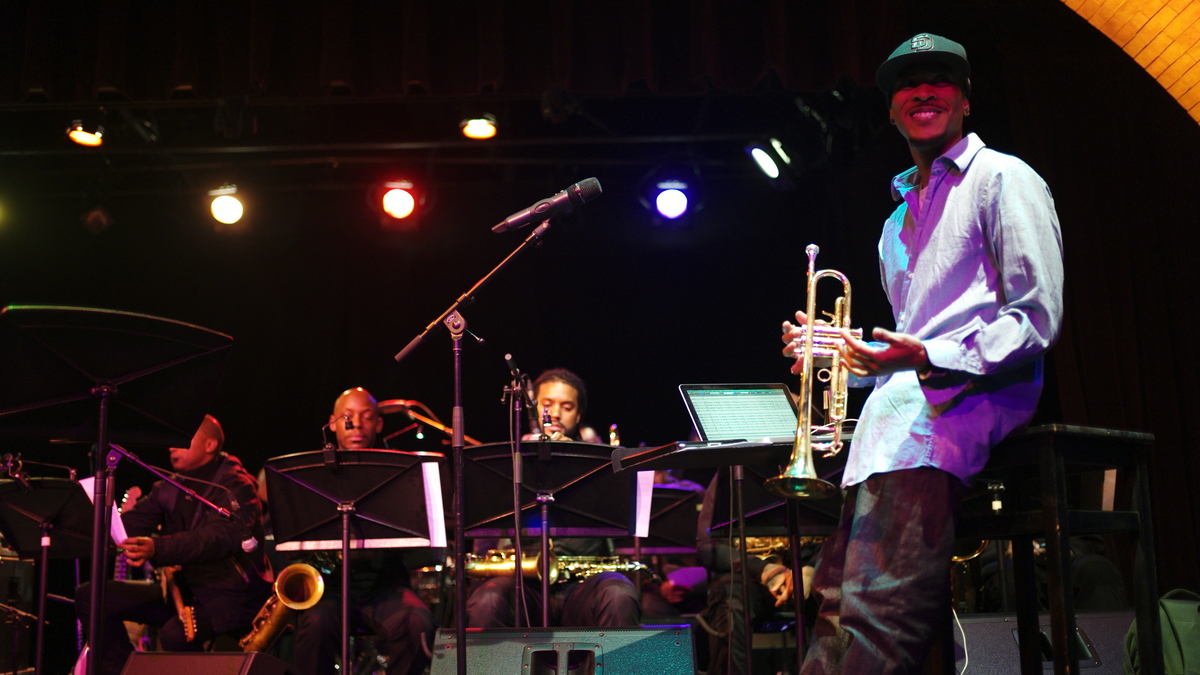 For trumpeter and composer Igmar Thomas, much in contemporary music is clearly evolved from improvised American music of eras past — jazz, in short. That insight led him to create the Revive Big Band, a large ensemble with a view to connecting the through-lines between hip-hop and its predecessors. With the Big Band, he might reconstruct how a jazz tune lent the sample for a modern classic, or unveil original works, or orchestrate special collaborations with soloists like tap dancer Savion Glover, trumpeter Roy Hargrove, or rapper Talib Kweli.

It's made possible by connections he forged starting at Berklee College of Music — people like the emcee Raydar Ellis, who often appears with the band, or the concert producer Meghan Stabile, whose Revive Music agency helps the band get on stage. In December 2014, the Revive Big Band went back to Berklee and Boston for a series of performances where it all started. Jazz Night In America presents the story behind the band and its homecoming show, in conjunction with WBGO's The Checkout: Live.