Accessibility links
30 Seconds That Echo Through History In 'Epitaph' Forget whatever you thought you knew about the famous gunfight at the O.K. Corral. Mary Doria Russell's new novel is an epic investigation into all the things that made the bloodshed inevitable.

30 Seconds That Echo Through History In 'Epitaph'

30 Seconds That Echo Through History In 'Epitaph' 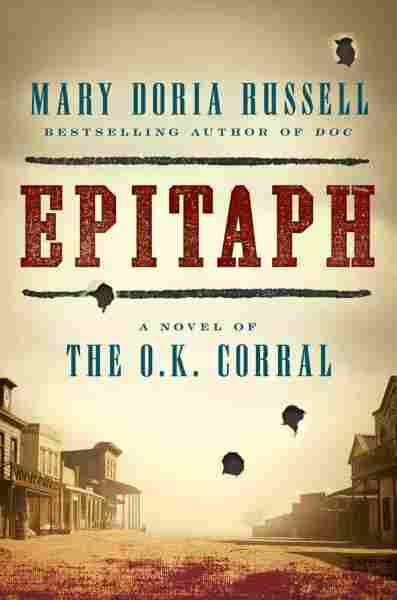 A Novel of the O.K. Corral

Three pages, and really not even that.

Really, 46 lines. In a book of nearly 600 pages total. 46 lines to describe the action of 30 seconds — which would become 30 of the best-known seconds in American history. Which would, whether true or false, become one of this country's foundational myths: The gunfight at the O.K. Corral.

Here's what happened for sure: On October 26, 1881, in Tombstone, Ariz., nine men came together in the street, armed and fearful. Thirty seconds later, five of them walked, limped or ran away. One other was carried.

Epitaph requires 400-some pages to get them there — to explain and tease out the incredible string of hurts and terrors and betrayals and coincidences that brought those nine men there on that day — then another hundred or so to calculate the cost and track the trajectory of each man and how far beyond truth or cause or justice they'd been blown by the thunder of those 30 seconds. And not one of those pages is wasted. 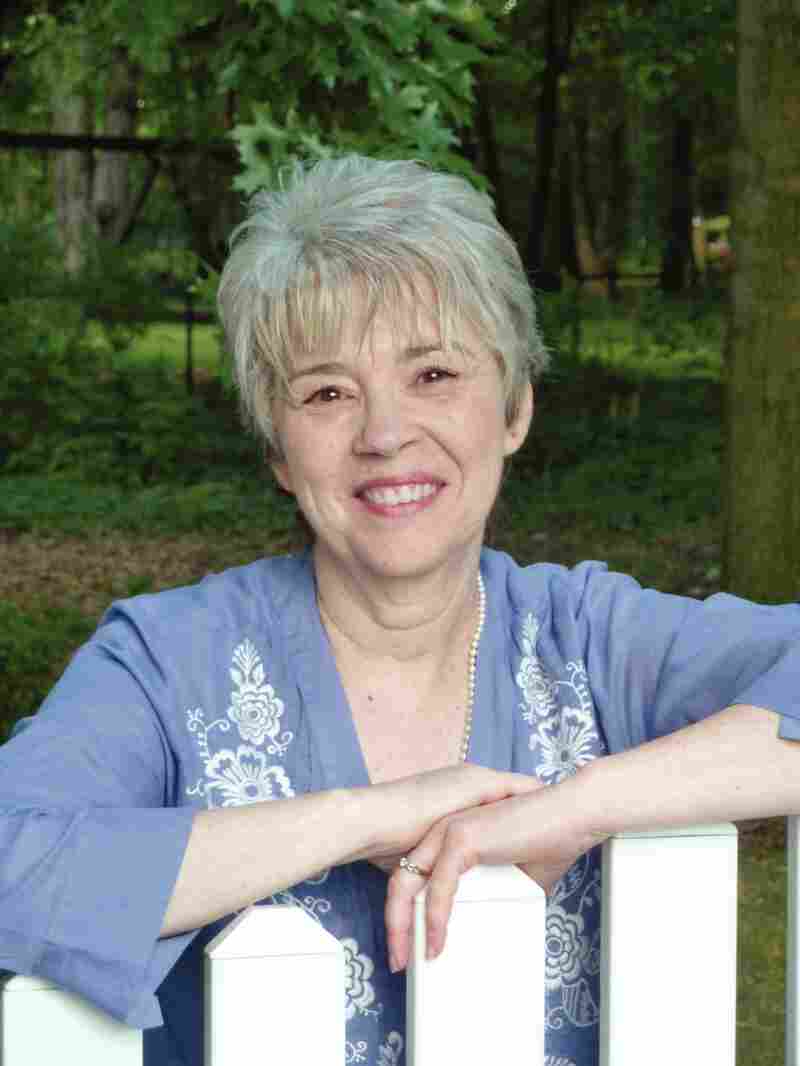 Mary Doria Russell has written five novels, including The Sparrow, Children of God, and Doc. She also holds a Ph.D. in biological anthropology. Don Russell/Courtesy of HarperCollins hide caption 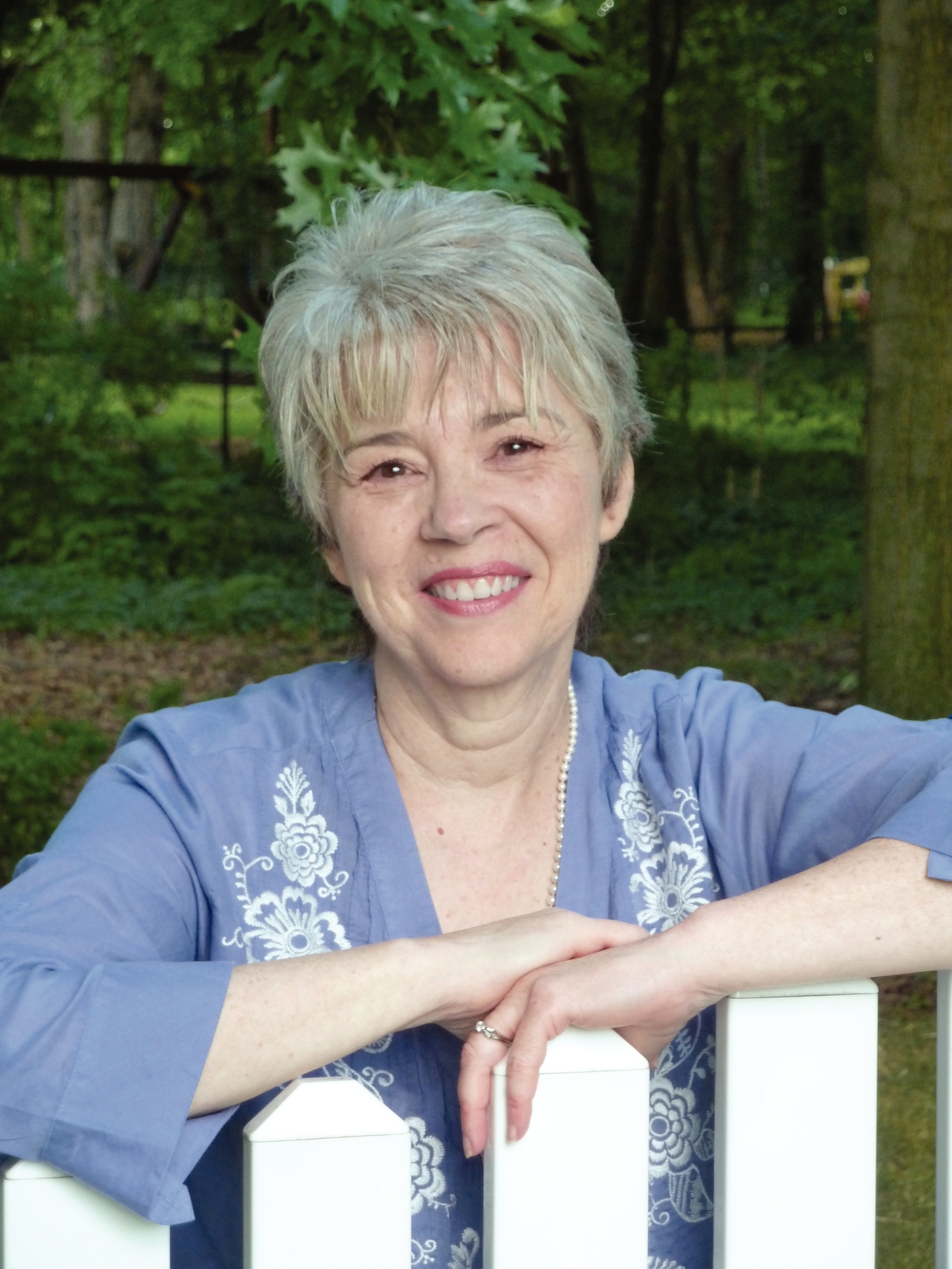 Mary Doria Russell has written five novels, including The Sparrow, Children of God, and Doc. She also holds a Ph.D. in biological anthropology.

"To understand the gunfight in Tombstone, stop — now — and watch a clock for thirty seconds. Listen to it tick while you try to imagine one half of a single minute so terrible it will pursue you all your life and far beyond the grave."

Those are the first words of Epitaph and its hard, central core. This is a book about death and about killing, about the days before and the decades after. Russell writes with a novelist's confidence and a historian's eye for detail. Does the touring schedule of the operetta H.M.S. Pinafore through the Western states matter? Yes, because it was a traveling company that first brought actress Josephine Marcus to the attentions of Sheriff Johnny Behan, Johnny Behan who brought Jo to Tombstone, Jo who fell in love with Wyatt Earp and, later, dedicated her life to the careful sculpting of Wyatt's legend.

Does it matter that, in the months leading up to the fight, Tombstone was home to two different grand pianos, quality instruments both? It does, because it was the first of these pianos, in part, which brought Doc Holliday to Tombstone in the first place — him being a trained pianist and wanting very badly to play such a fine instrument before he died.

Russell tracks all of this, and a hundred other factors which, when all added together, would result in the blood in the dirt on Fremont Street and the gallons more that followed in the further violence that violence wrought.

And yes, Epitaph is a novel, I get that. Russell owes no fealty to truth here (though she sticks close by it). She could've populated the town with zombies and made a talking chicken the cause of the entire thing. But she doesn't. She could've used Epitaph as a polemic, trotting out her beliefs about what happened on that day in October and making up whatever she needed to buttress her contentions, but she doesn't do that either.

Instead, she deconstructs. Like a forensic psychologist with access to a time machine and some really good recording gear, she takes the event — the gunfight at the O.K. Corral (which, for the record, didn't happen at the O.K. Corral at all) — and works backward, looking for proximate cause and the spark that lit the tinder.

A stage robbery, several love affairs, abusive fathers, an early snow, drunkenness, rage and a dozen-odd mules all become a part of the story of how and why the fight had to happen, and Russell catalogs them all with power and beauty and a calculating eye until, as a reader, you feel the weight and pressure of events and see the inevitability of the coming battle — the way that it couldn't not happen — and understand something primal about the making of famous moments: That the causes are never as simple as you want, and outcomes never as clean or clear.