Accessibility links
More Jobs, Less Inflation Drive Down 'Misery' — So Where's The Joy? With unemployment dropping, the "misery index" is at its lowest level in more than 50 years. So why aren't Americans feeling cheerful? Economists say meager wages and big debts are still problems. 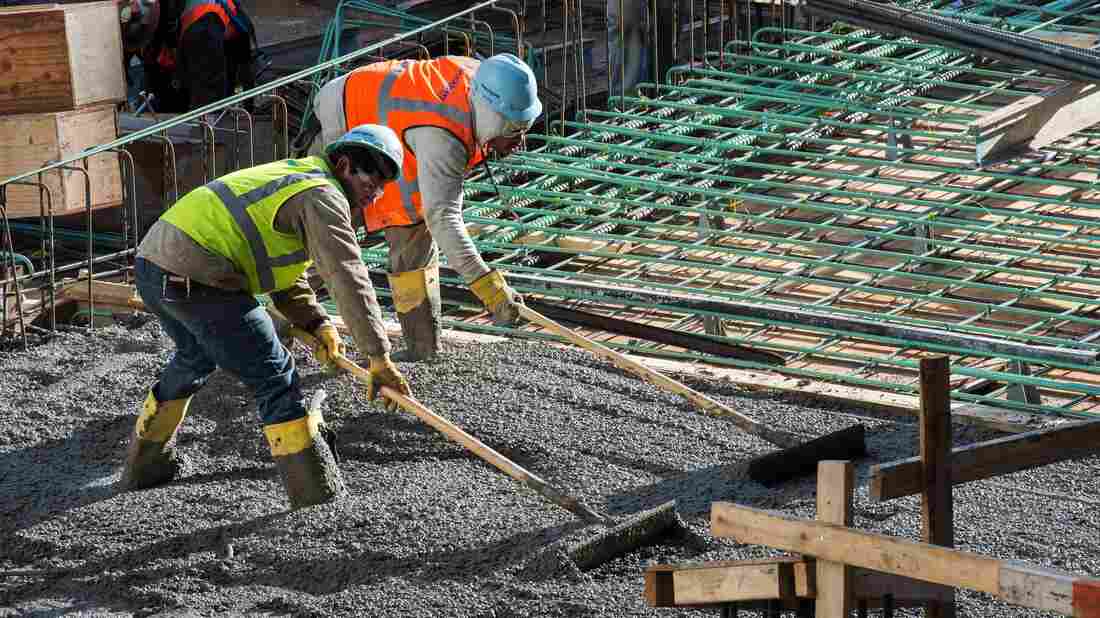 Construction workers in Washington, D.C., in December. The latest jobs report will further drive the "misery index" to its lowest level in more than half a century. But economists say meager wages and big debts are still problems. Paul J. Richards/AFP/Getty Images hide caption 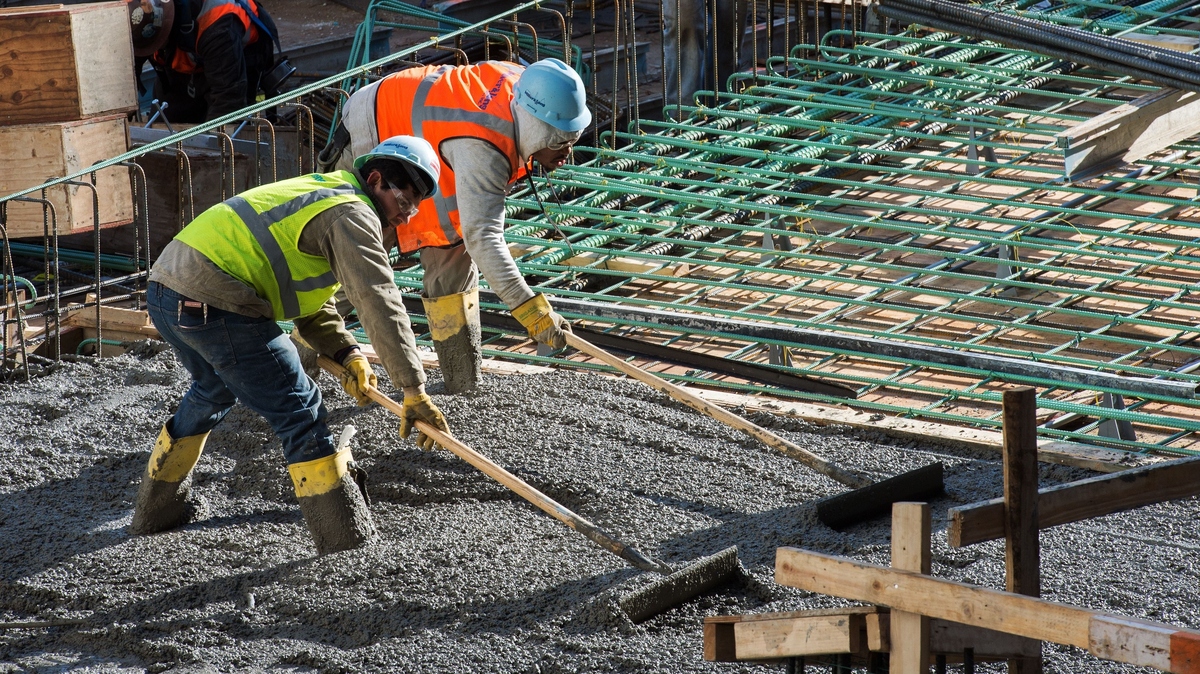 Construction workers in Washington, D.C., in December. The latest jobs report will further drive the "misery index" to its lowest level in more than half a century. But economists say meager wages and big debts are still problems.

For decades, economists have tracked the "misery index," a simple formula that adds the unemployment rate to the inflation rate. The result equals how miserable — or not — you feel.

On Friday, the Labor Department released February's jobs report, and the good numbers will further drive down the misery index, already at its lowest level in more than a half-century, thanks to falling oil prices.

The White House cheered the 5.5 percent jobless rate, which was down two-tenths of a point. Employers added 295,000 paychecks, far more than most economists had forecast for the cold, snowy February.

"Job growth was robust and the national average workweek was steady," said Jason Furman, chairman of the White House Council of Economic Advisers.

And yet no matter what the plunging misery index may suggest, a lot of people don't feel happiness rising. In fact in February, Conference Board's consumer confidence index showed that Americans had a darkening view of the coming six months. Why so glum?

This may be the answer: February's average hourly earnings rose by a meager 3 cents to $24.78. Over the past year, earnings were up just 2 percent.

And the number of long-term unemployed — people who have been without paychecks for 27 weeks or more — was "little changed" at 2.7 million in February.

In addition, many people remain too discouraged to apply for positions. The labor force participation rate — which measures both workers and job seekers — held at 62.8 percent. A few years ago, it was around 67 percent.

So if millions are not getting raises or finding jobs or even looking, is the misery index measuring the wrong stuff?

What The Misery Index Measures

To make your own judgment, let's step back. The misery measure was invented by Brookings scholar and economist Arthur Okun in the 1970s. He said that when jobs are plentiful and prices low, Americans feel better.

And historically, that's been true. During the "go-go" years of the mid-1960s, the index held around 6 as workers enjoyed a booming job market and low inflation.

But in the 1970s, misery started climbing. The index peaked at nearly 22 in 1980, when a recession and spiraling prices collided and helped end President Carter's re-election bid.

In the late 1990s, job growth and cheap oil pushed the index back down to a comfortable level — around 6 again.

But it didn't last. During the recent Great Recession, misery rode high on the back of double-digit unemployment.

Now the recession is over. Unemployment is way down. Plunging oil and commodity prices have sent the consumer price index down too — prices slid 0.1 percent in the 12-month period ending in January.

If a new CPI report, coming later this month, shows price pressures continued running at the same pace in February, then the result would be a super low misery index. Do the math: 5.5 (the current jobless rate) minus 0.1 (the annual deflation rate) would put the index at 5.4, a level that hasn't been seen since the mid-1950s.

And yet, retail and home sales have been disappointing. What gives?

What The Index Fails To Measure

The answer may be that the U.S. economy has gotten too complicated for such a simple formula. Back in the 1960s, factories could provide even low-skilled workers with decent paychecks. Today, workers with low or rusty skills must find opportunities in a high-tech economy, and compete with low-wage workers in other countries.

"The tepid pace of wage growth in February, 2 percent year over year, in a way nullifies the drop in the misery index," said John Canally, chief economic Strategist for LPL Financial.

Another factor: Americans are carrying debt loads that would have been unimaginable in earlier eras. For example, some 40 million carry student loans that total $1.2 trillion. Add up the student debt, credit card bills and mortgages, and it equals a glum consumer.

In fact, a lot of people would be better off if wages and prices increase. Here's why: Higher wages would make it easier to pay off bills, and rising home values would allow owners to sell at prices high enough to pay off old mortgages. Instead, they are stuck with meager raises and still-too-big mortgages.

"A hallmark of this recovery has been the tepid pace of wage growth," Canally said. Until workers find a way to make employers pay more, "the misery index may not be the best measure of consumer well-being," he said.