Accessibility links
People With 'Invisible Disabilities' Fight For Understanding In employment disability discrimination charges filed between 2005 and 2010, the most commonly cited disabilities were those not immediately obvious to others. 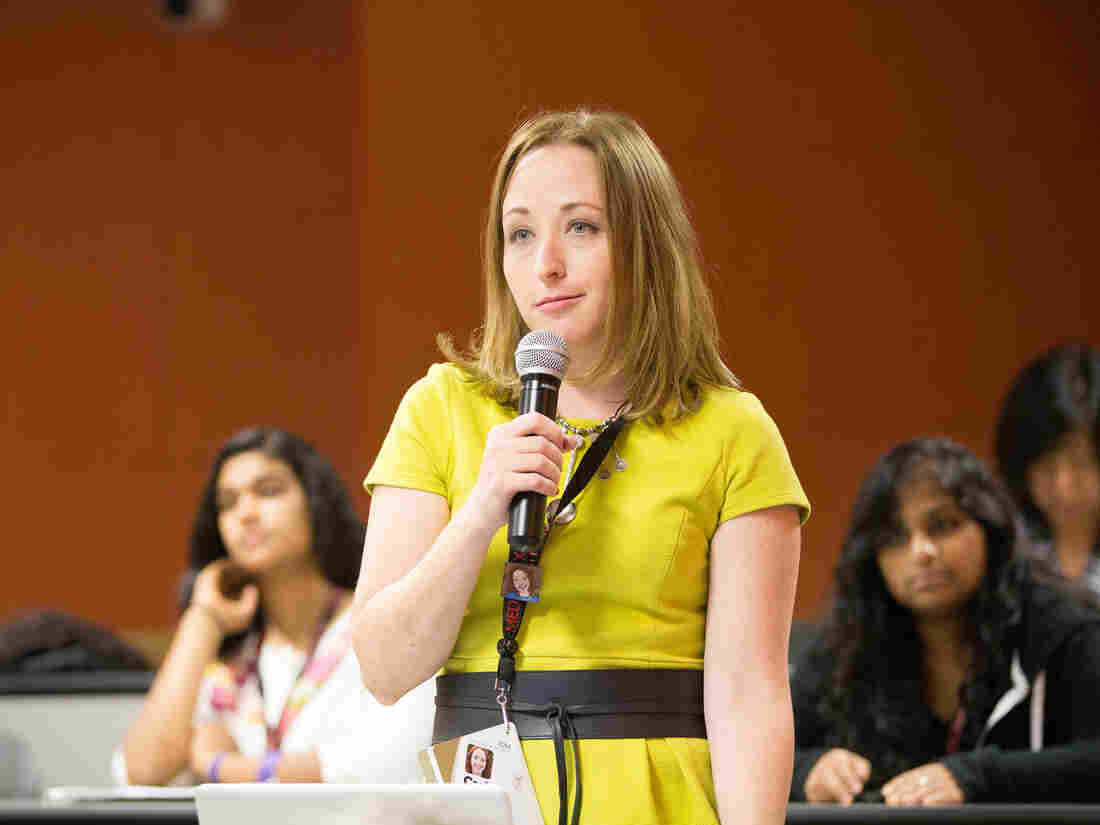 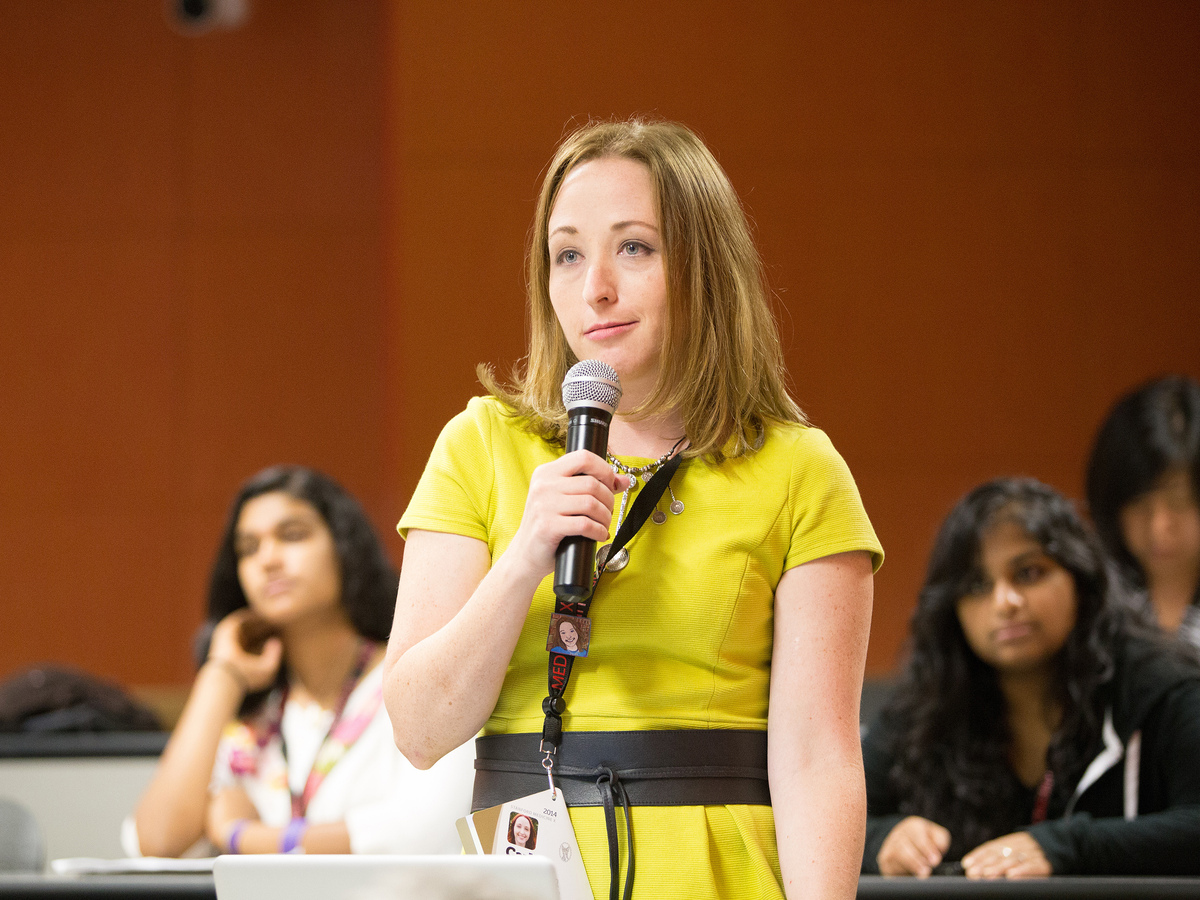 Carly Medosch has conditions that cause intense fatigue and chronic pain. She took part in a 2014 Stanford Medicine X conference that included discussion of "invisible" illnesses.

Some disabilities are more obvious than others. Many are immediately apparent, especially if someone relies on a wheelchair or cane. But others — known as "invisible" disabilities — are not. People who live with them face particular challenges in the workplace and in their communities.

Carly Medosch, 33, seems like any other young professional in the Washington, D.C. area — busy, with a light laugh and a quick smile. She doesn't look sick. But she has suffered from Crohn's disease, an inflammatory bowel condition, since she was 13. There have been times, she says, when she's "been laying on the floor in the bathroom, kind of thinking, 'Am I going to die? Should I jump out in front of traffic so that I can die?' Because you're just in so much pain."

More recently, she was diagnosed with fibromyalgia, a condition that leaves her in a state of full-body chronic pain and intense fatigue.

For Medosch and others who struggle with an invisible disability, occasional hospital stays and surgeries are not the hard part. Mundane, everyday activities can be more difficult.

"Washing my hair, blow-drying my hair, putting on makeup — those kind of activities can exhaust me very quickly," says Medosch. "So you kind of blow-dry your hair and then you sort of sit down for a little bit."

Walking to the subway or even bending down to pick something up can take a lot out of her. But that isn't apparent from the outside.

"I kind of call it being able to pass," she says. "So I can pass as a normal, healthy, average person, which is great and definitely helps ease my everyday life — especially in interactions with strangers, getting your foot in the door in a situation like a job interview."

It is hard to pinpoint the number of Americans with an invisible disability, but it's estimated there are millions. Their conditions may range from lupus to bipolar disorder or diabetes. The severity of each person's condition varies, and the fear of stigma means that people often prefer not to talk about their illnesses.

But in employment disability discrimination charges filed with the Equal Employment Opportunity Commission between 2005 and 2010, the most commonly cited conditions were invisible ones, according to analysis by researchers at Cornell University's Employment and Disability Institute.

"You know, it's that invisible nature of an illness that people don't understand," says Wayne Connell, the founder and head of the Invisible Disabilities Association. He started the group after his wife was diagnosed with Lyme disease and multiple sclerosis.

"We'd park in disabled parking and she didn't use a wheelchair or a cane, and so people would always give us dirty looks and scream at us," he recalls.

Medosch has had similar experiences with her handicapped parking tags. She also says that she faced challenges obtaining accommodations from a prospective employer.

Joyce Smithey, a lawyer who specializes in labor and employment, says that's not uncommon. When people with invisible disabilities request accommodations, Smithey says, some employers respond, "We don't do that as a policy."

"And that's a problem," Smithey says. "Because that person is not asking to partake of a benefit that's offered in a policy; that person is asking for an accommodation they're entitled to under the law."

When a disability isn't immediately obvious, others — at work, school or even at home — sometimes doubt it exists and accuse those who suffer from invisible conditions of simply angling for special treatment.

Medosch says she's comfortable being vocal about her disability now because she's well protected at her current job. She hopes discussing her own experience will help boost understanding, but acknowledges invisible disability can be hard to fathom — especially when so many people who live with it seem, outwardly, at least, to be just like everyone else.