Accessibility links
Southern Baptist Leaders Highlight Benefits Of Youthful Matrimony The Southern Baptist Convention is quietly nudging its 16 million members to tie the knot at a younger age. Baptist leaders say that marriage should be considered a foundation of adult life. 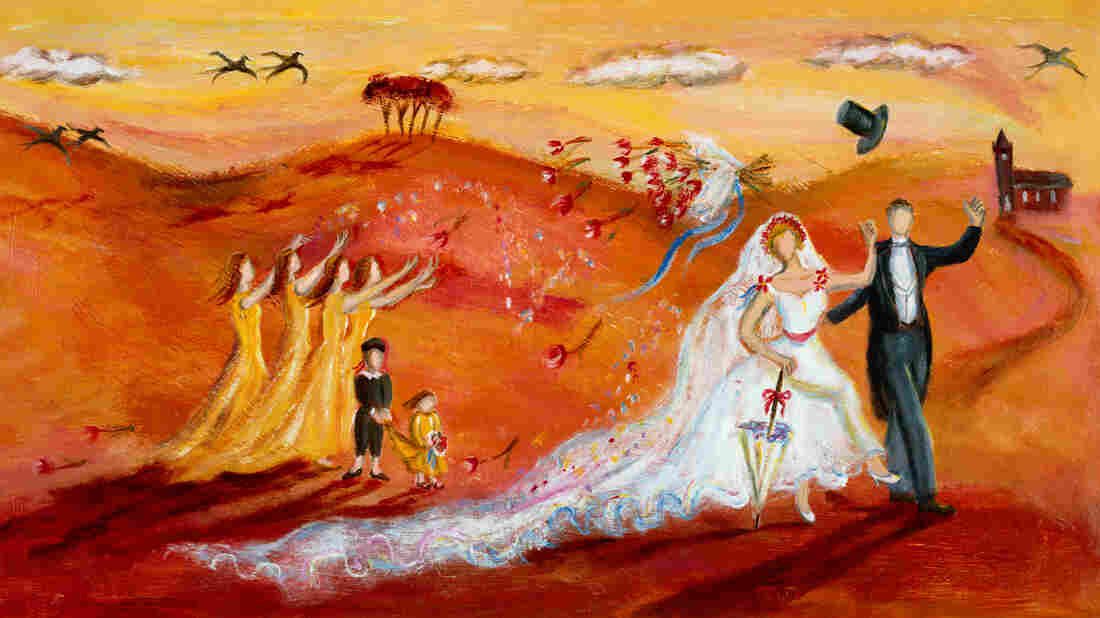 Many Baptist leaders consider marriage to be a foundation for adult life and some are actively encouraging tying the knot earlier. Rosemary Woods/Illustration Works/Corbis hide caption 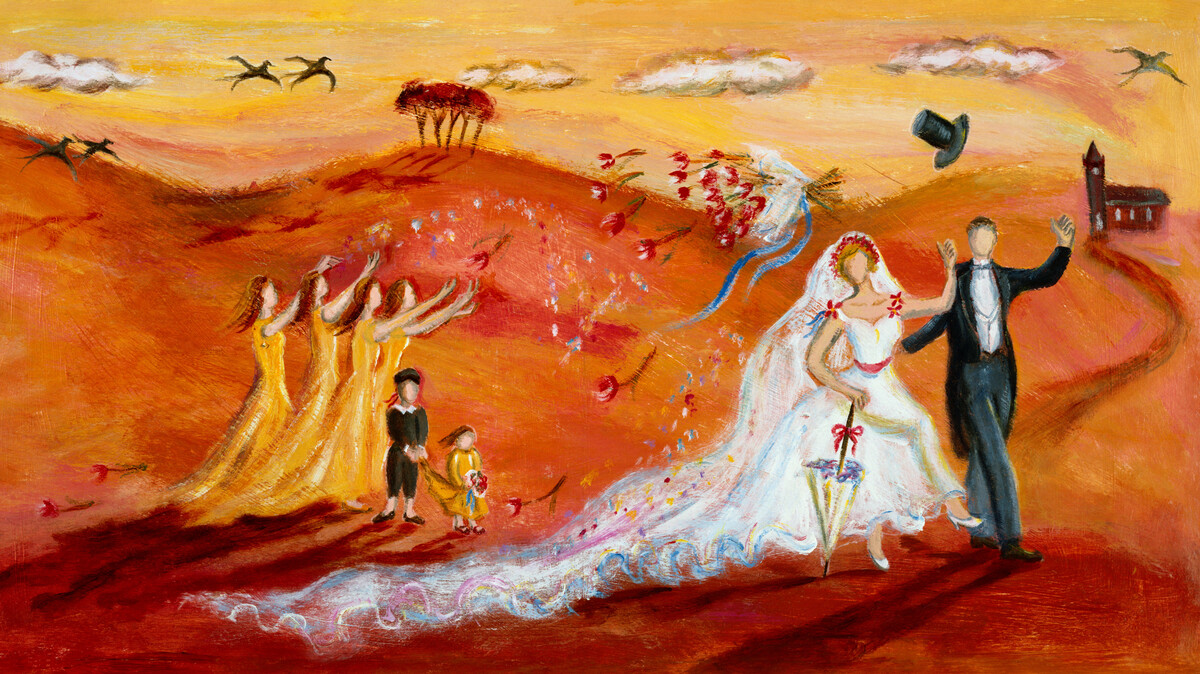 Many Baptist leaders consider marriage to be a foundation for adult life and some are actively encouraging tying the knot earlier.

Leaders of the country's largest Protestant denomination have a message for millennials: get married already.

The Nashville-based Southern Baptist Convention and its nearly 16 million members continue to resist societal trends like gay marriage and cohabitation. They also want to go against the grain on the rising marital age.

But back in 1972, Pam Blume was pretty typical. She was just a few years out of high school when she walked down the aisle.

"Looking back, I can see a 20-year-old, you're pretty naïve," she says. "And you want the fairy tale and all that. But at the same time, you're not set in your ways."

Pam, and her husband Allan, of Charlotte, N.C., had no jobs and no money when they tied the knot. And today, four decades later, they have no regrets.

"There's this thinking of you've gotta have these things all lined up financially before you can get married, and then the next step before you can have children and before you can do this," says Allan, a retired pastor who endorses this soft push to get Southern Baptists to marry younger. "But financial stability is not the main issue of life."

Andrew Walker is out front on this issue, working for the denomination's public policy division. Married at 21, Walker sees a sinful side to waiting. For one, it makes the church's expectation of virginity, in his words, "impractical."

"The reality is, starting at the age of 12, 13, boys and men, growing up into maturity, are hardwired for something that God gave us a desire for and an outlet for," Walker says. "And so to suppress that becomes more difficult the older you get." 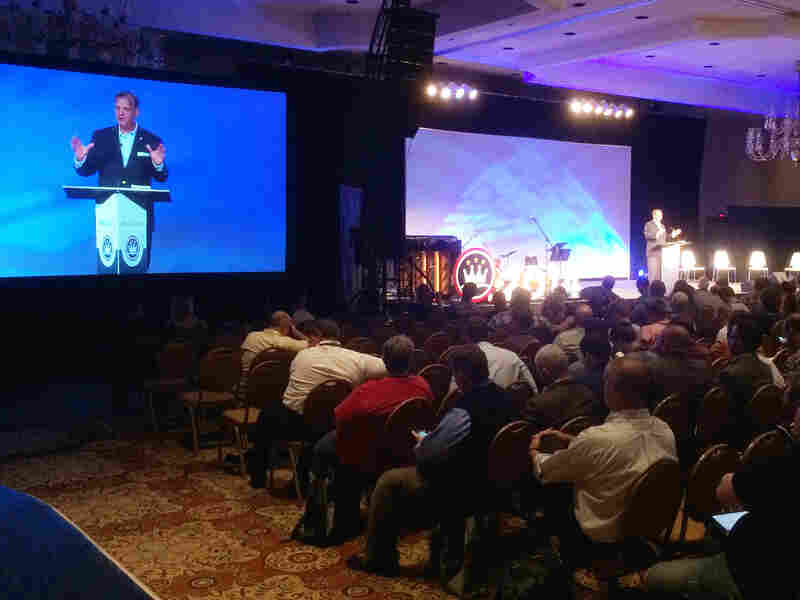 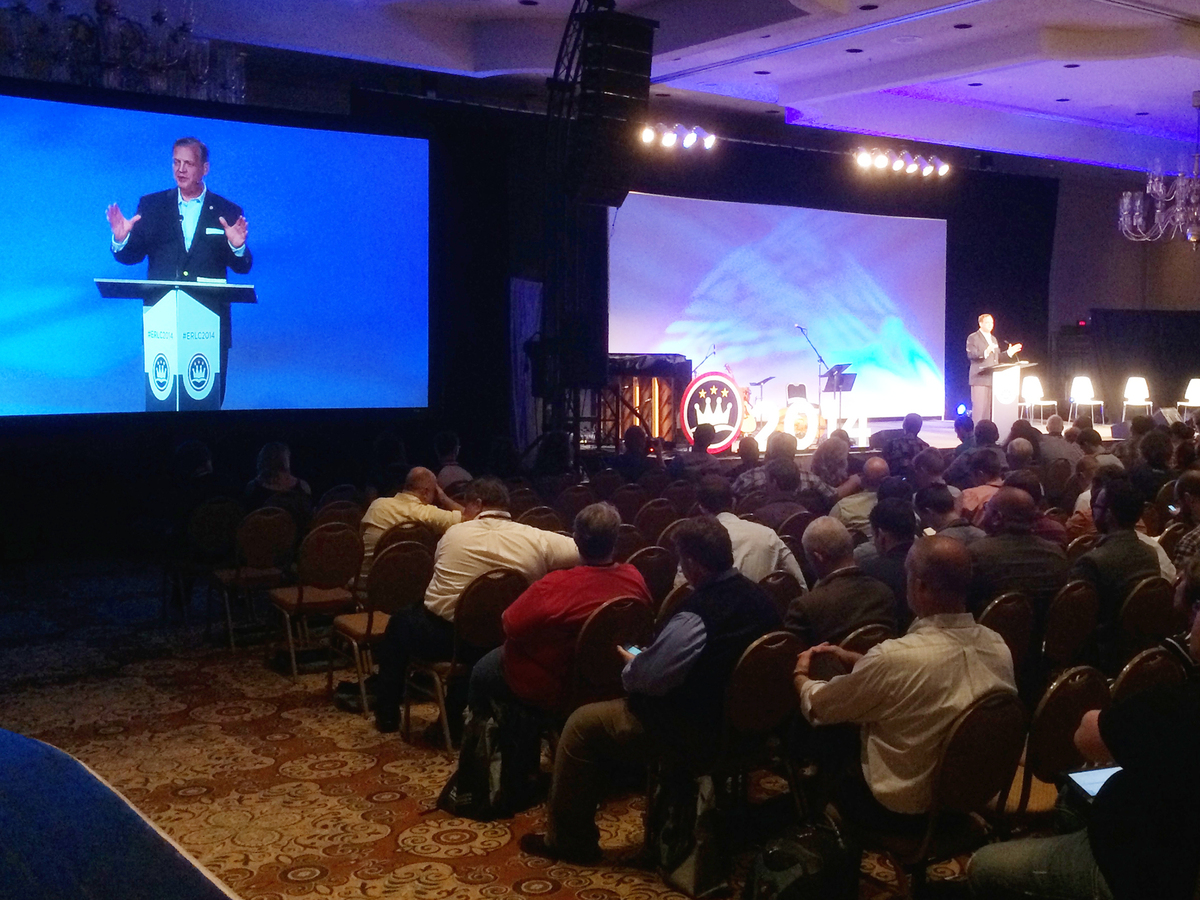 Andrew Walker pushed an agenda on youthful matrimony during a recent marriage conference put on by the Southern Baptist's Ethics and Religious Liberty Commission.

Walker says he isn't suggesting a cut-off age to get married. But he writes articles and leads panel discussions on the benefits of youthful matrimony.

His work is a minefield of potential awkwardness. During one conference, he introduced his colleague, Lindsay Swartz, but inadvertently made her feel like an old maid.

"As the single woman, which I'm not going to bring too much attention to...gentlemen?" Walker said.

Swartz, who handles social media for the denomination, says she would love to get married and start a family. But the 30-something also sees drawbacks.

"I don't necessarily think it's better to be single, but I do think we run the risk, including myself, of idolizing marriage and children," she says.

She points out that key figures in the New Testament never married. Swartz also says it would be a shame if the marriage push resulted in more divorces. While evangelical Christians oppose divorce in many cases, surveys find they break up at roughly the same rate as society.

Want Your Marriage To Last? Start With A Huge, Cheap Wedding

"I don't think you can say people need to get married at a younger age today," says Cindy Novinska of Wisconsin. "I think it's much more complicated than that."

She and her husband Kenneth are Catholic. Both of them were married before but divorced.

"The lady I married was way too young," Kenneth says.

One of his daughters also married right out of high school, only to split up. His son, on the other hand, waited until his late 30s.

"They had jobs," Kenneth says. "They knew exactly [that] they wanted to have children. You can just see their marriage is very strong."

Novinska believes it pays to wait. And even for Baptists, getting married needs to be considered on a case-by-case basis.

"We have a son who has not gotten married yet," Allan says, adding that he would never prod him to do so.

The "marry young" mantra gets complicated as it hits closer to home, but generally Baptist leaders say marriage should be considered a foundation for adult life. And right now, it's often seen as the high point.