Accessibility links
Take One Monster And Pass It On The uneasy horror film It Follows relies upon a stalker that cannot be killed or defeated — only avoided or, if necessary, passed on.

Take One Monster And Pass It On

Take One Monster And Pass It On 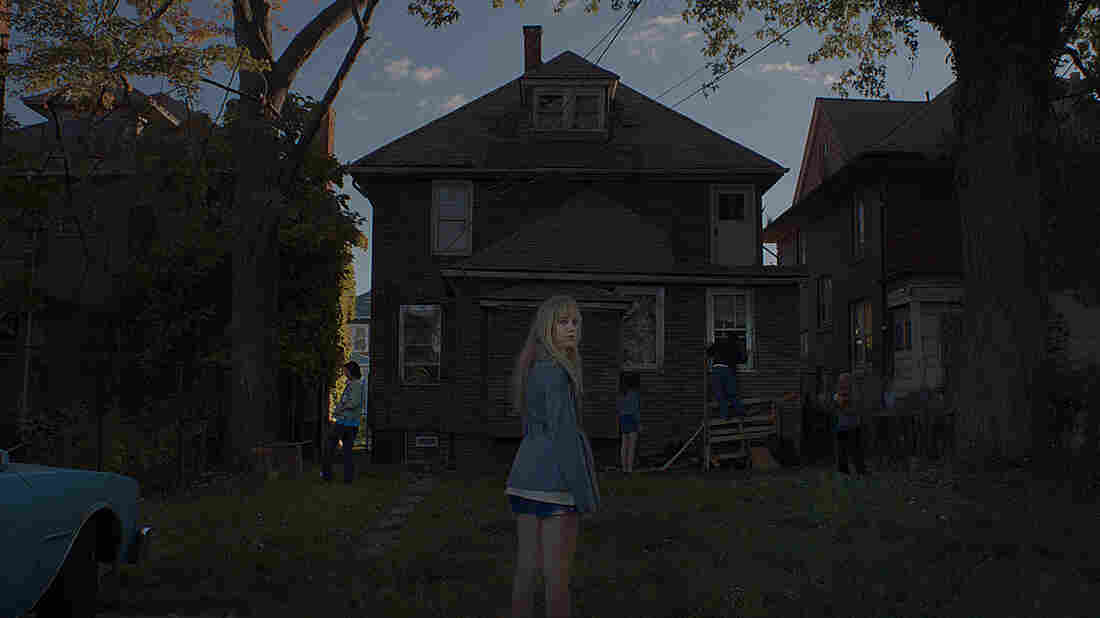 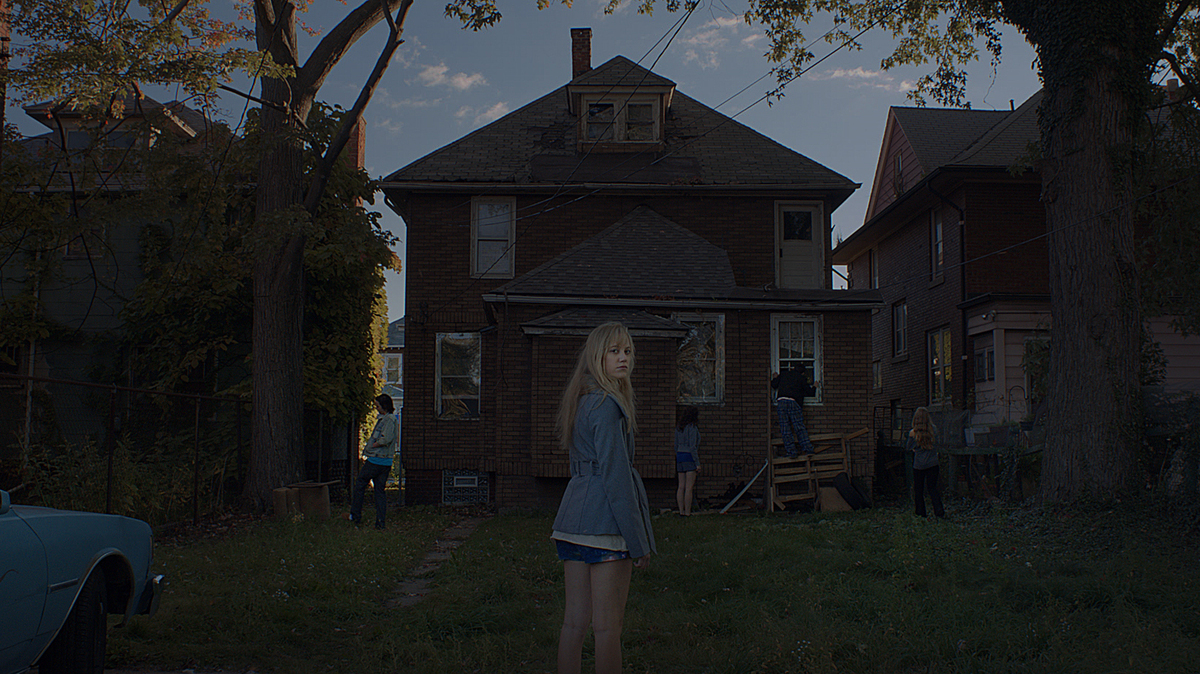 Maika Monroe in It Follows.

The terror in David Robert Mitchell's It Follows comes courtesy of a shape-shifting figure visible only to the victims it tenaciously stalks for the purpose of bloody murder. That's the end that quickly befalls Annie (Bailey Spry), a young woman who perishes at the end of the film's brief prologue. Next up is Hugh (Jake Weary), a 21-year-old who avoids death by sleeping with 19-year-old Jay (Maika Monroe). That shouldn't be entirely surprising; where there are teenagers and horror, after all, sex is never far behind, though in this case it comes up both as curse and cure.

The way to get the follower off your trail, as Hugh first demonstrates with and then relays to Jay, is to "pass it on" by having sex with someone. Afterward, you'll still be able to see the stalker, but you won't be its primary target. Until, that is, it kills its new prey, at which point it moves back to its previous victim. The only way to get a semblance of peace, it seems, is to encourage subsequent victims to quickly have sex so you can end up far enough down the follower's kill list.

The persistence of the threat speaks to the film's mood, which provokes a particular kind of horror: dread. Mitchell rarely goes for shock when he can instead generate foreboding. His style is more polished and overtly composed than the shaky-cam aesthetic popularized by The Blair Witch Project. He films largely in slow, stalking tracking shots or wide-angle shots that show off the eerie, Detroit suburb where the film takes place. It Follows moves at the pace of its villain, never hurrying to reach the next confrontation between Jay and the follower.

Even as Mitchell puts his characters in a fantastical scenario, he remains interested in their youth, which, outside of school, has a striking familiarity: Jay's sister and her friends—including nerdy Paul (Keir Gilchrist), who has a crush on Jay, and Jay's hunky neighbor Greg (Daniel Zovatto)—sit around watching movies, casually playing board games, drinking, and awkwardly flirting.

The way Mitchell taps into that ordinariness unexpectedly brings to mind some of Sofia Coppola's work, but the background tedium here isn't the prevailing point. It's an element to thicken the mood, and to complement what turns out to be both the film's most intriguing element and its most evident flaw.

The fearsome thing about Jay's follower, which walks at a slow, zombie pace in every form, doesn't arise from how it stalks, but from the fact that it never stops stalking. From the beginning – and contrary to most horror films – the implication is that the follower can't be killed, only passed on to another victim or avoided. (Hugh tells Jay to always stay in rooms with multiple exits. "It's very slow," he says, "but it's not dumb.")

Unfortunately, despite all Mitchell's visual talents (It Follows, which was shot by cinematographer Mike Gioulakis, is at all times beautiful to watch) and his evident ability to combine pacing and a pulsating score (courtesy of Rich Vreeland) into an absorbing mood, Mitchell doesn't find a way to evoke this deeper fear that there is no escape other than by repeatedly showing Jay and company encountering and then running away from her stalker.

A pivotal exception does occur late in the film, and it arrives with a conundrum: can one perfectly-executed shot redeem the less successful earlier attempts? In this case, after the initial awe wears off, the effect is the opposite: it only makes you realize how much more there was to mine from Mitchell's premise all along.