Accessibility links
Lesser-Known Players Get Their Bows In 'The Wrecking Crew' The west coast studio musicians behind some of the best music of the '60s and '70s have rarely been recognized, but a new documentary aims to set that right.

Lesser-Known Players Get Their Bows In 'The Wrecking Crew'

Lesser-Known Players Get Their Bows In 'The Wrecking Crew' 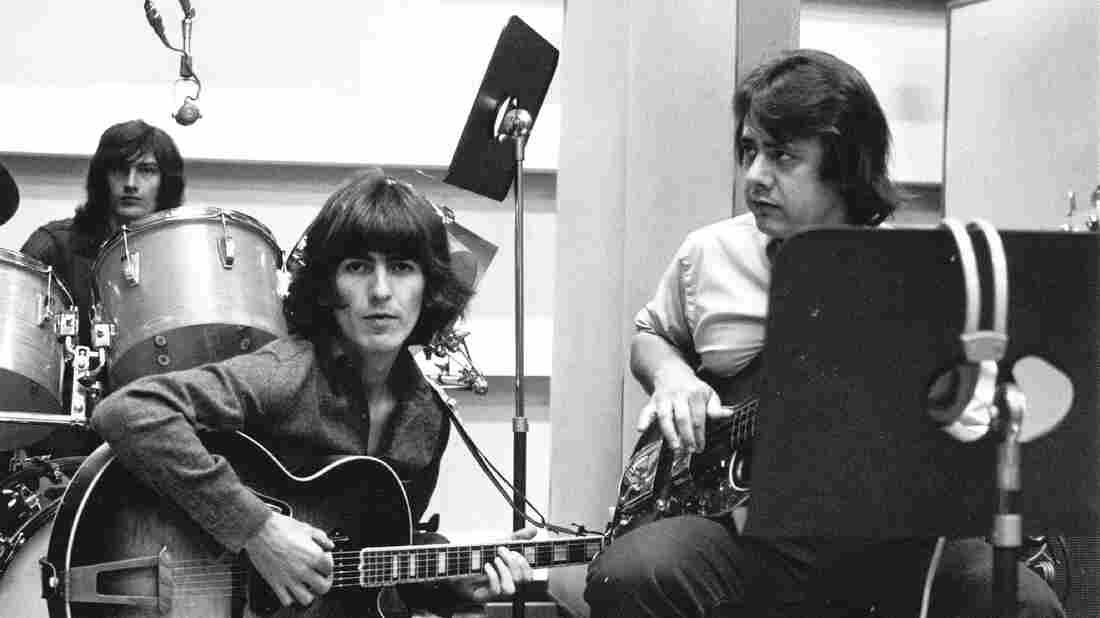 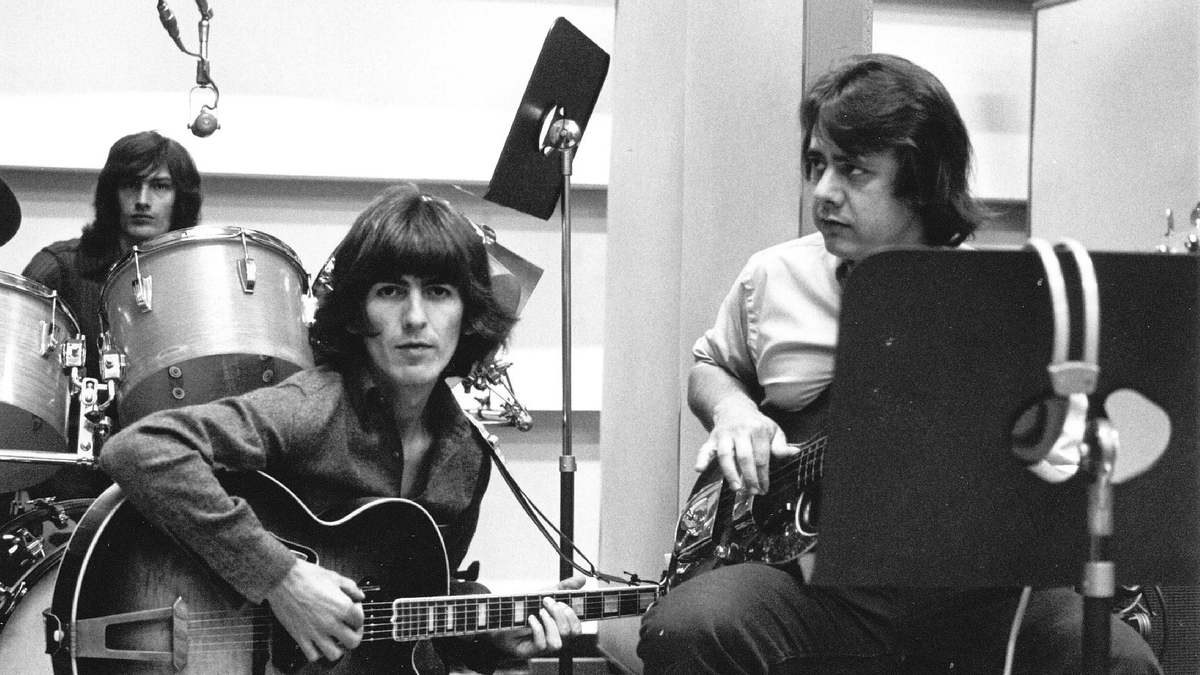 George Harrison and Joe Osborn in The Wrecking Crew.

In the mid-1960s, pop music moved its center of gravity from New York to Los Angeles. It was a seismic shift, but growing up in the cold drizzle of post-World War II London, what did I know from the West Coast Sound? I was just a rapt kid with my ear glued to Top-40 radio, dreaming of sun, surf and sex via the Beach Boys, the Mamas and Papas, Sam Cooke, The Supremes. In my fevered imagination, Spector's towering "wall of sound" had to have been recorded in a cathedral.

In fact, according to an infectiously exuberant new documentary, the tracks for "Da-Doo-Ron-Ron," "Be My Baby" and the rest, along with much other West Coast pop, were laid down in a modestly sized room by an elite group of session musicians known as The Wrecking Crew, with vocals often recorded on top by the bands. The studio musicians rarely got credit on or off the albums. In The Wrecking Crew, Denny Tedesco, whose father was a Wrecking Crew guitarist, rights that wrong.

Tedesco began shooting in the mid-1990s as a tribute to his father, who, despite suffering a stroke, appears in the film as a hilarious raconteur along with a bunch of fellows whose names won't ring a bell, unless you count an ordinary-looking chap named Glen Campbell who later became that Glen Campbell. Along with one lively woman bassist, Carol Kaye, who insists she always felt like one of the boys, they're a refreshingly practical, down-to-earth crowd afflicted with little of the raging egos or pumped heroin sagas you may have seen in the current flood of burned-out-rocker docs. Some speak with regret of the family life they missed out on in long working days or travels with bands: one racked up six marriages, while another admits ruefully that he's a better grandfather than he was a father.

Mostly, though, they seem delighted to reunite and to hear better-known luminaries like Dick Clark, Brian Wilson, and the late Frank Zappa testify — however belatedly — to their genius as musicians whose openness to experimentation and willingness to travel between high and pop culture helped them survive in a notoriously cutthroat business. The Wrecking Crew moved with ease between R & B, jazz, pop, and soundtracks for movies and television. They laid track for everyone from Frank Sinatra to Alvin and the Chipmunks to the Bonanza theme, all of which appear on the soundtrack and generated several decades' worth of licensing headaches for the production.

The Wrecking Crew was perfectly attuned to the fizzy inventiveness of the West Coast in its heyday. Then came the '70s: recording artists started to bring their own musicians, the phones stopped ringing, punk rock arrived. Today, the sound of music in Los Angeles is different. But not long after I moved to L.A. in 1989 to work as a film critic at LA Weekly, I was reminded of the magic of that time by a lovely scene in British director Terence Davies' semi-autobiographical1992 film The Long Day Closes. A small boy with a pinched face looks out of the window of his drab tenement home in the North of England. There is endless rain, of course, but on the soundtrack is Debbie Reynolds singing "Tammy." That was us, California dreamin'.