Accessibility links
Author Terry Pratchett Was No Stranger To Death The prolific author, who died Thursday at 66, was known for his novels about the fantasy planet Discworld, populated by humans, witches, trolls and dwarves — and a very human, sympathetic Death. 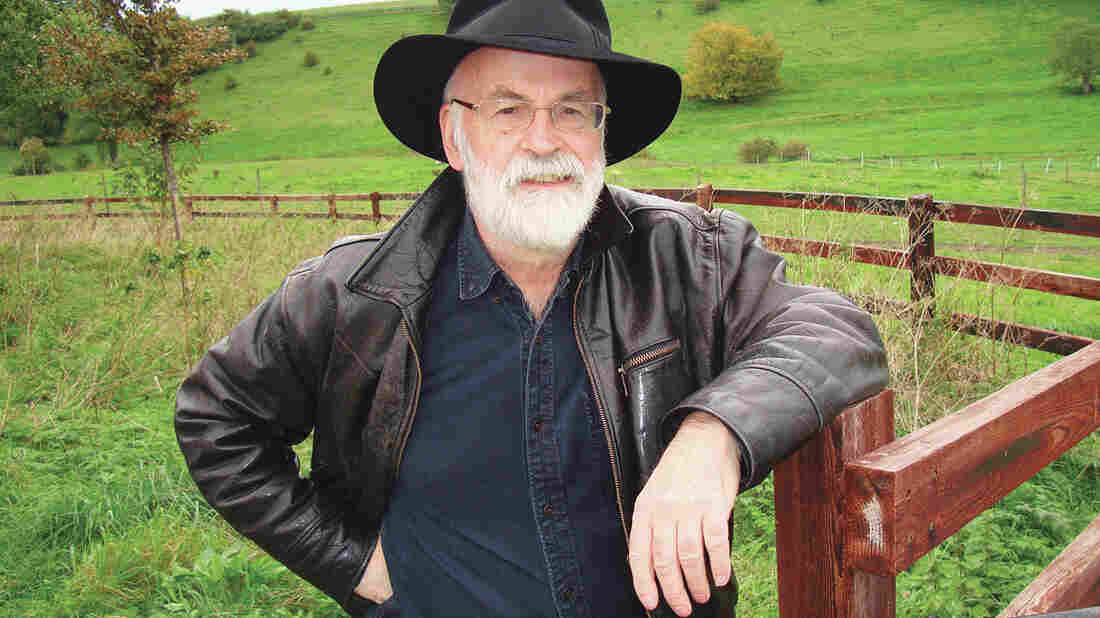 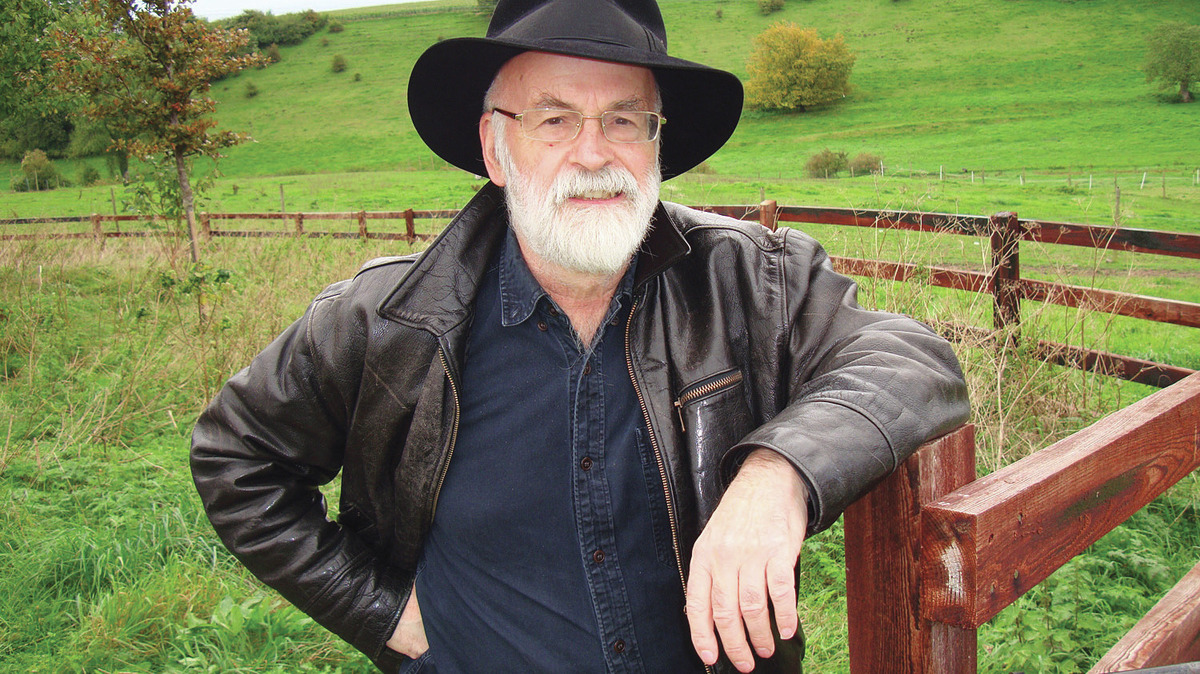 Fantasy author Sir Terry Pratchett was prolific: He wrote more than 70 books, dozens of them about the Discworld — a flat planet borne through space by four elephants on the back of a giant turtle. Pratchett died Thursday at age 66. He had been suffering from early-onset Alzheimer's disease.

Pratchett was no stranger to death. The big guy with the scythe and the booming voice was a constant and vital presence in the Discworld books and their screen adaptations. "HUMAN BEINGS MAKE LIFE SO INTERESTING," Death says in Pratchett's 1996 book Hogfather, and while it's Death speaking there in his characteristic capitals, that one sentence sums up what was marvelous about Pratchett: He found human beings so interesting. 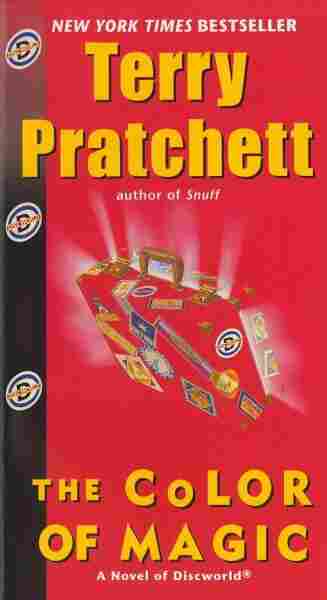 The Color of Magic

A Novel of Discworld

Few writers were as insightful and just plain good as Pratchett was at winkling out all the secret scraps of human nature and then disguising them as broad comic fantasy.

"He really had the gift of making fun of human foolishness without being cruel," says fantasy author Delia Sherman, who has taught college classes on Pratchett's work. "He was just so compassionate, even to the most horrible of his characters. He allowed them to be fully human, even if they were rocks who walked."

Pratchett originally wanted to be a journalist. He left school at the age of 17 to write for his local paper, where, among other things, he wrote a series of stories about the tiny people that live in your carpet. The stories became his first novel, The Carpet People. His first Discworld book, The Color of Magic, came out in 1983. But his imagination didn't stop at creating an entire world — he wrote books about cats, meditations on JRR Tolkien and, famously, a 1990 collaboration with Neil Gaiman, called Good Omens, about what might have happened if the Antichrist had been raised as an ordinary little boy.

Pratchett was diagnosed with early-onset Alzheimer's disease in 2007, a situation he referred to with characteristic humor as his "embuggerance." The disease left him unable to read or write, but he soldiered on using special dictation software. It's really not a problem, he told NPR in 2013: "I'm a bit of a techie anyway, so talking to the computer is no big deal. Sooner or later, everybody talks to their computers; they say, 'You bastard!' "

After his diagnosis, Pratchett became an inspiration to dementia patients and an advocate for physician-assisted suicide for those suffering terminal illnesses. In 2011, he told NPR, "I believe everyone should have a good death. ... The ideal death, I think, is what was the ideal Victorian death: You know, your grandchildren around you, a bit of sobbing — because, after all, tears are appropriate on a death bed — and you say goodbye to your loved ones."

According to his publisher, Pratchett had that good death. In the end, he didn't choose assisted suicide, but died of natural causes with his cat asleep on his bed and his family around him.

Read an excerpt of The Carpet People