Accessibility links
Obama, Unions On Opposite Sides Of The (Fast) Track For Trade Deals Labor groups, which have been allies of President Obama, are now stepping up their efforts to thwart White House plans for passing foreign trade deals on a "fast track" through Congress. 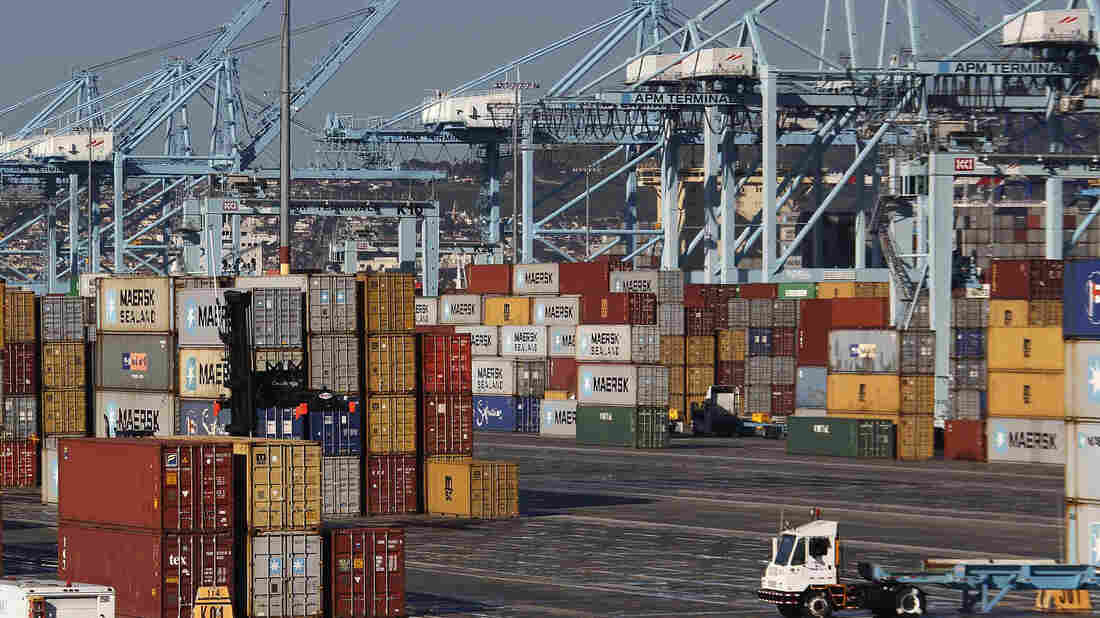 Shipping containers at the Port of Los Angeles. Unions are stepping up their efforts to thwart White House plans for passing foreign trade deals on a "fast track" through Congress. Nick Ut/AP hide caption 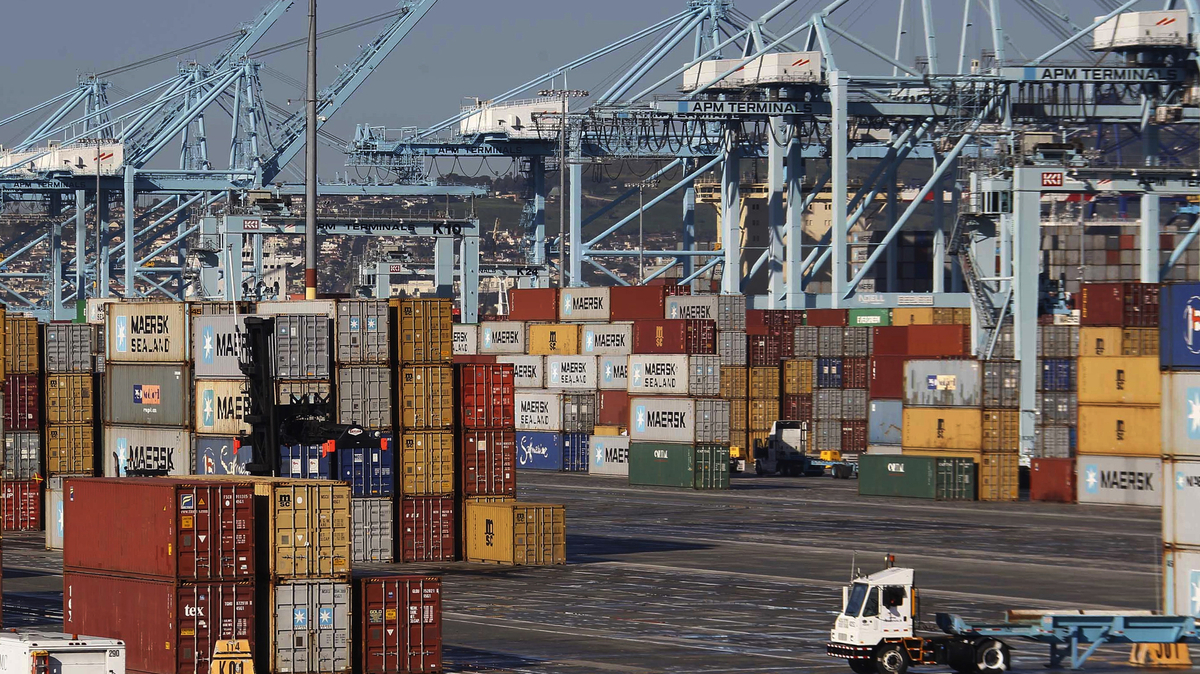 Shipping containers at the Port of Los Angeles. Unions are stepping up their efforts to thwart White House plans for passing foreign trade deals on a "fast track" through Congress.

This week, labor leaders made sure President Obama knows that when it comes to foreign trade, they are living on opposite sides of the track — the "fast track," that is.

That's a term describing a president's broad power to negotiate a trade agreement — and then put the final package on a "fast track" through Congress. Lawmakers can give it a yes-or-no vote, but can't amend or filibuster the deal.

Obama wants Congress to give him this power, but unions are launching a political war to thwart the president whom they worked so hard to elect — twice.

"We're going all out" to stop Obama's trade agenda, AFL-CIO President Richard Trumka told reporters on Tuesday. The next day, the labor organization announced it would freeze all political action committee donations to federal candidates until further notice — saying it had to "conserve resources for the historic legislative battle" against fast track.

In a town that lives on campaign donations, them's fightin' words.

Whoa, pardner. What brought on this showdown?

The Prequel To Our Drama

Presidents have been using "fast-track" power for decades, but only because Congress has regularly renewed it. More formally known as Trade Promotion Authority, the power has expired. During his State of the Union address in January, Obama called for its renewal, saying U.S. companies need open markets.

TPA supporters' hopes rose then because Republican House and Senate leaders agreed with Obama. Many people believed trade promotion would be the one bipartisan piece of legislation that could pass as the daffodils bloomed.

And then after the president had TPA restored, he could go on to complete negotiations for the Trans-Pacific Partnership, a 12-nation trade deal involving the United States, Japan, Australia and others around the Pacific Rim.

But as spring approaches, fast-track's prospects, along with the Pacific trade deal, may be growing colder. Here are the two sides in this standoff:

The White House's position is vigorously supported by the Business Roundtable, Chamber of Commerce and other business groups. Many companies and groups have come together as the U.S. Business Coalition for TPP, which gets support from tech-oriented companies including Apple, Intel and Facebook, as well as traditional businesses such as oilseed producers and candy-bar makers.

Republican leaders in both the House and Senate are fully on board with U.S. Trade Representative Michael Froman, whose office makes the case for trade deals:

Unions have long been skeptical about trade deals, but in the wake of the Great Recession, they are particularly fired up. Over the past six years, they have seen corporate profits and stock prices soar, but wages barely budge.

When union workers look back on the North American Free Trade Agreement and South Korea deal, they see more imports and competition, not more exports.

They fear new trade pacts would make it easier for U.S. corporations to invest in foreign factories and then ship the goods back to America.

"There is such a dramatic impact on the standard of living and a lowering of wages and a loss of jobs — this will have a major impact, and we will not forget this vote for a long time," Trumka told reporters about trade legislation.

On Wednesday, the AFL-CIO announced it is freezing campaign contributions to Congress to pressure members into fighting fast-track trade legislation.

But unions aren't alone. Tea Party-backed Republicans have broken with their leadership, saying Obama can't be trusted with the same negotiating authority that past presidents have had. In an op-ed essay this week, Rep. Steve Russell, R-Okla., wrote that he is "alarmed for America's future should we expand this president's authority given how he has extended executive overreach ..."

Separately, the White House has invited Japan's Prime Minister Shinzo Abe to visit this spring. Abe is expected to address a joint session of Congress and may use that appearance to talk up the Trans-Pacific Partnership.

So between the fierce lobbying by U.S. businesses in coming weeks, and the personal touch of a Japanese leader, the White House trade agenda may yet advance. But it's not likely to be easy.