Accessibility links
Lumber Liquidators Defends Its Products After '60 Minutes' Report The flooring retailer says the tests used by its critics give a misleading impression of product safety. But Lumber Liquidators says it will pay for safety testing for customers who want it. 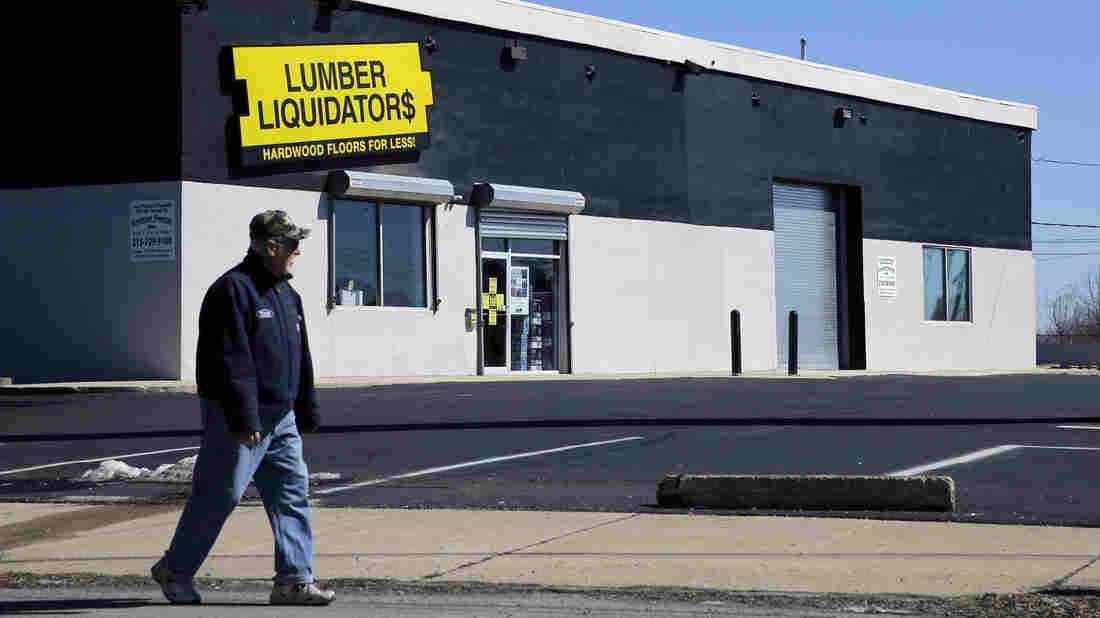 A man walks past a Lumber Liquidators store in Philadelphia. The retailer says it stands by its products and will pay for the safety testing of laminate floors. Matt Slocum/AP hide caption 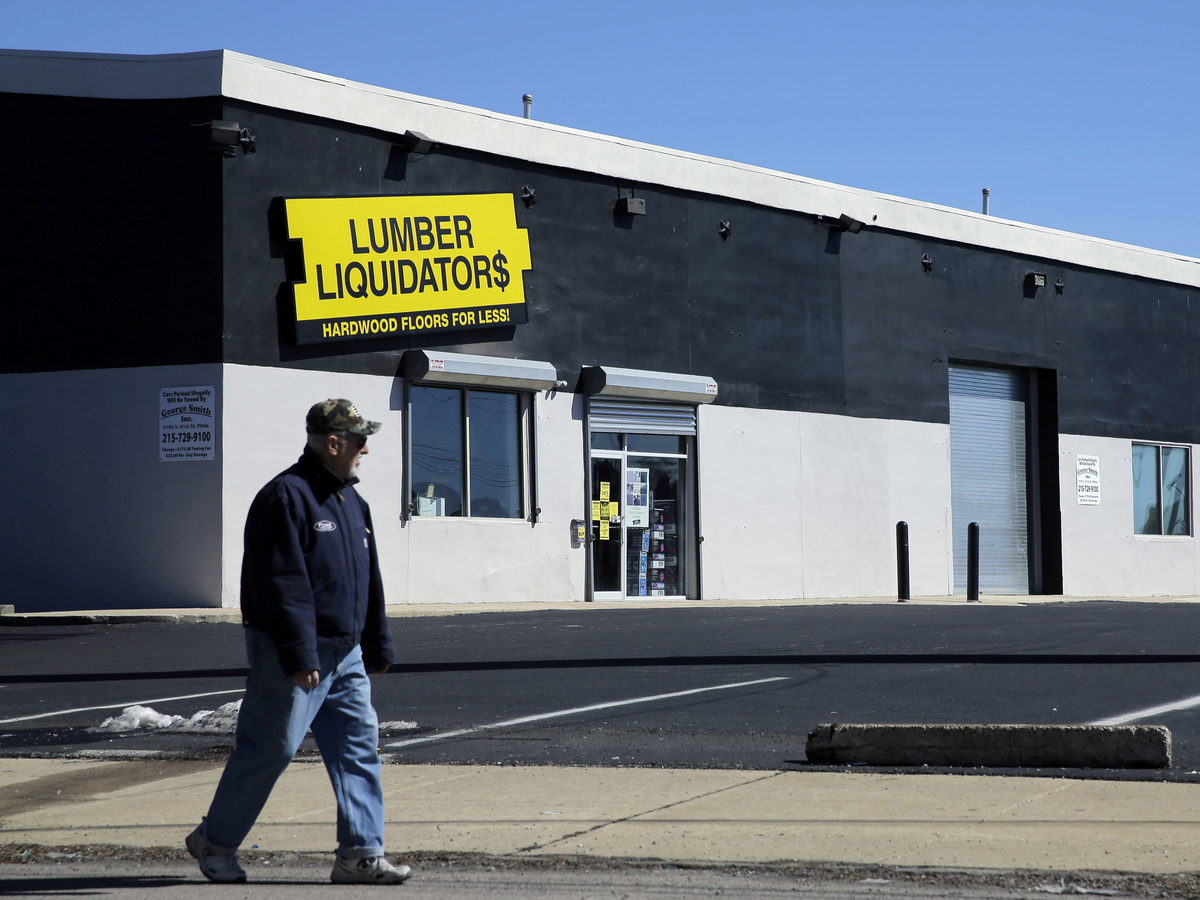 A man walks past a Lumber Liquidators store in Philadelphia. The retailer says it stands by its products and will pay for the safety testing of laminate floors.

Earlier this month, the flooring retailer Lumber Liquidators got the kind of attention companies dread. CBS' 60 Minutes did a story saying the company's products have unsafe levels of formaldehyde, a known carcinogen.

The news sent Lumber Liquidators' stock price into a free fall, down more than 50 percent, though it has since rebounded a bit. Now the company is attempting to salvage its reputation by attacking the testing method used by the program.

The allegations made by 60 Minutes are not new. Long before the story aired, environmental attorney Richard Drury filed a class action suit against the company. Drury says the amount of formaldehyde in some Lumber Liquidators products exceeds levels used in tests designed by the California Air Resources Board, or CARB.

"Our testing showed every single batch of Lumber Liquidators laminate flooring produced in China failed the CARB test by on average six to seven times," he said. "It wasn't close."

On Thursday, the company struck back. In a conference call Lumber Liquidators President Rob Lynch noted that the formaldehyde story is being promoted by Wall Street short sellers, who benefit if the company's stock price falls.

"We are incensed that individuals with a financial agenda can orchestrate a campaign against us regarding the safety of our product and cause a portion of our customer base undue concern," Lynch said.

He also said the tests used by the company's critics give a misleading impression of product safety. The tests were designed by CARB to assess formaldehyde levels in raw materials of flooring products.

But flooring industry officials say the CARB test is unfair. The test rips apart the flooring and removes the laminate covering. Lumber Liquidators' Rob Lynch said this releases much more formaldehyde than customers are typically exposed to.

"Because lamination actually helps seal-in the formaldehyde from the core ... formaldehyde emissions arising from our products are a small fraction of the levels the media has discussed," he said.

CARB officials confirm that laminate seals in formaldehyde, which mitigates the risk to customers. But Drury, the environmental attorney, said the products are still dangerous.

Even though Lumber Liquidators insists this controversy is overblown, it says it will pay for safety testing for customers who want it. For their part, California officials say proper ventilation is probably enough to mitigate the risks of formaldehyde. And they said they don't recommend removing floor products unless there are noticeable health effects such as eye irritation.

Editor's Note: Lumber Liquidators is an NPR sponsor whose credits are on air and on NPR.org.