Accessibility links
When Police Are Given Body Cameras, Do They Use Them? An independent monitor's report on the Denver Police Department's use of body-worn cameras found that during a six-month trial run, just one in four use-of-force incidents was actually recorded. 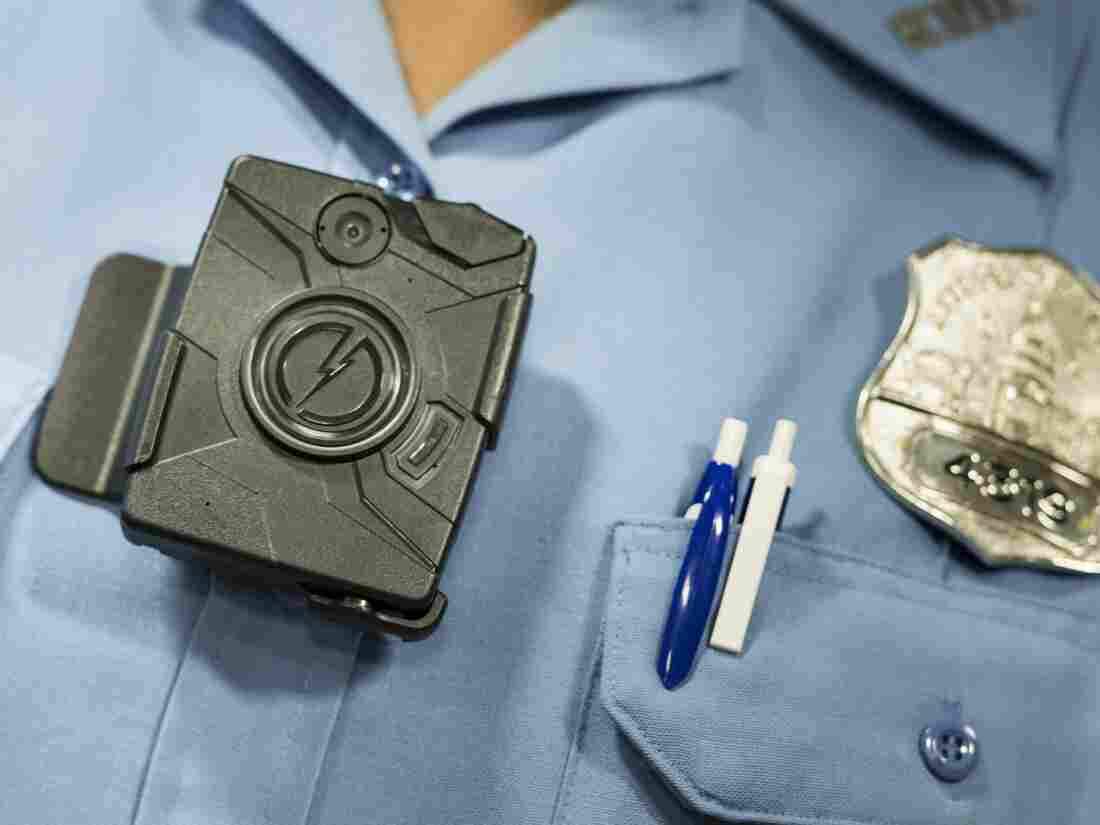 Body cameras, like this one shown at a 2014 press conference in Washington, D.C., are small enough to be clipped to an officer's chest. Washington and Denver are among U.S. cities trying the cameras. BRENDAN SMIALOWSKI/AFP/Getty Images hide caption 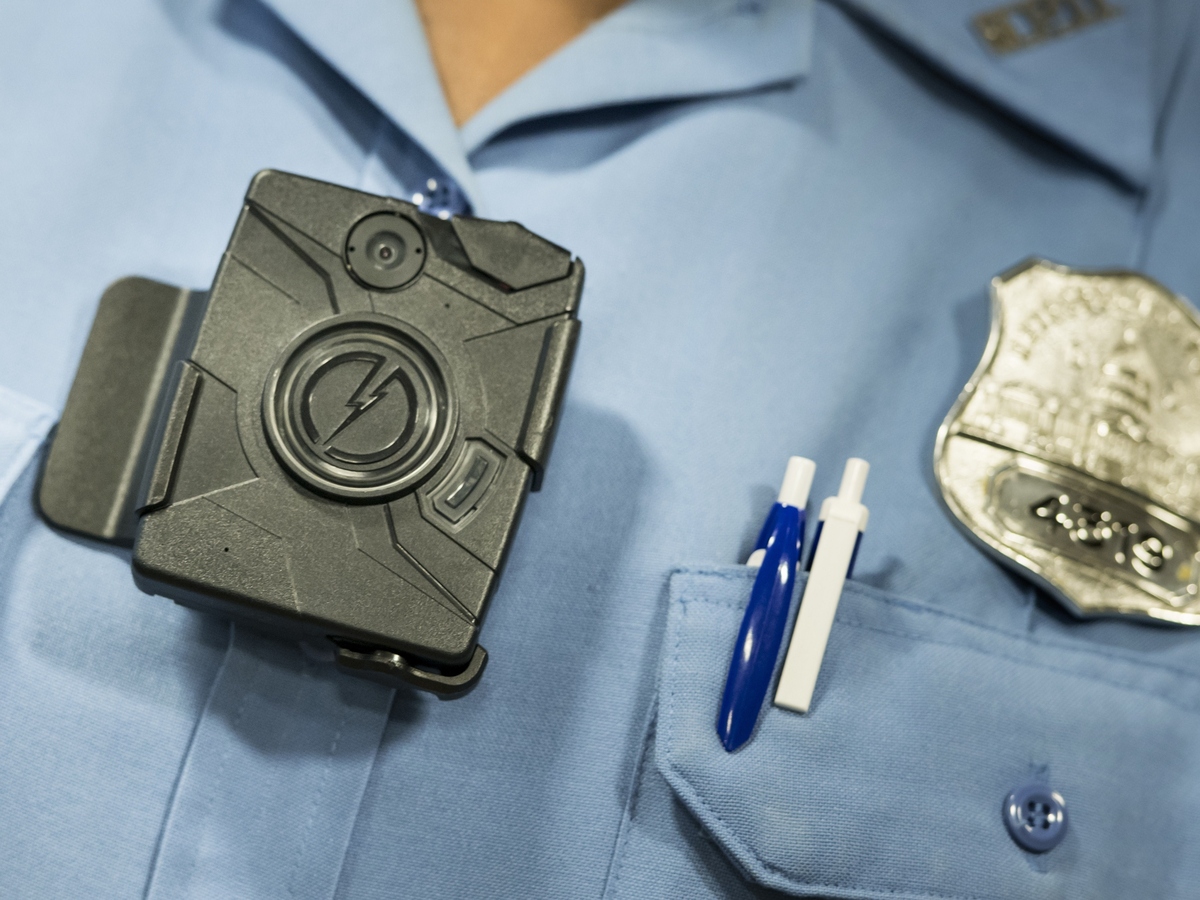 Body cameras, like this one shown at a 2014 press conference in Washington, D.C., are small enough to be clipped to an officer's chest. Washington and Denver are among U.S. cities trying the cameras.

Back in December, following the fatal shooting of unarmed 18-year-old Michael Brown in Ferguson, Mo., President Obama called for $75 million in funding for 50,000 body cameras to be used by police around the United States. The cameras record police activity, and their use is intended to boost accountability.

Denver's police department has been trying out the small video cameras, which can be attached to a wearer's shirt or glasses. The devices are powered by a small box, also wearable, with an on-and-off switch.

After a six-month pilot program, 800 Denver cops — more than half the force — are expected to start wearing body cameras later this year. Officers are supposed to start recording as soon as they respond to a call or enter a scene.

But Noelle Phillips, who covers the police for the Denver Post, tells NPR's Arun Rath that an independent monitor's evaluation of Denver's pilot program found that in many cases involving use of force, the cameras weren't rolling. Approximately one in four of these incidents was recorded.

Sometimes this was because "the people involved weren't assigned cameras," says Phillips, including sergeants and off-duty officers.

In other cases, she says, "officers forgot to turn them on, or said, 'The situation deteriorated too quickly and we didn't have time,' or there was a technical malfunction and the thing just wasn't working."

The police have objected to the findings, Phillips says, partly because the results included people in the pilot program who weren't assigned cameras. The police department has "offered a much higher percentage of incidents that were recorded," she says.

But similar findings have been reported about body-mounted cameras used by police in other U.S. cities, including New Orleans.

"Police departments all over the country are saying, 'We're going to use body cameras,' " Phillips says. That will lead to more third-party evaluations, she says: "Lots of groups are saying, 'Hey, let's consider all these recommendations, how does the technology work — and make it the best it can be.' "

For more information on the Denver Police pilot program, click on the audio link above to hear the entire interview with Noelle Phillips.