Accessibility links
Review: The Go! Team, 'The Scene Between' With the aid of mostly unknown guest vocalists, the group's proven formula receives a fresh shot of youth, enthusiasm and pure pop fierceness.

Review: The Go! Team, 'The Scene Between'

Review: The Go! Team, 'The Scene Between' 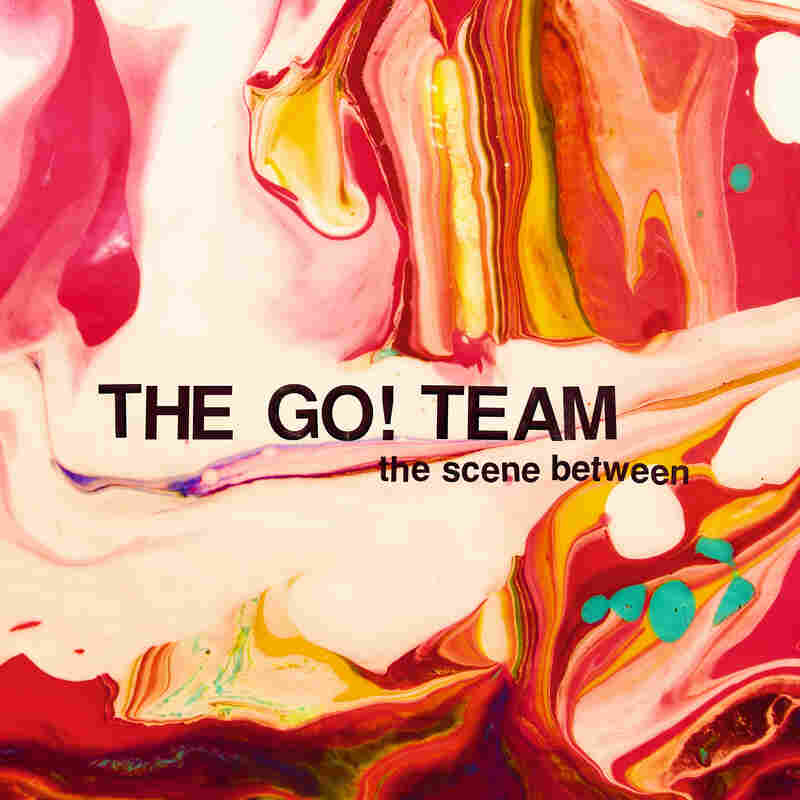 The Scene Between Courtesy of the artist hide caption

The Go! Team began as a bedroom project before blowing up on the strength of its 2004 debut, Thunder, Lightning, Strike. No surprise there; the group's mix of indie-pop, hip-hop energy, scratchy samples and stadium-worthy sing-alongs was bubbly enough to make the dead pick up pom-poms and cheer along. By the time its last album, 2011's Rolling Blackouts, came along, Go! Team mastermind Ian Parton counted everyone from Public Enemy's Chuck D to Best Coast's Bethany Cosentino as guest vocalists. But the band's most striking microphone presence has belonged to Ninja, whose freestyle chants helped tie together Parton's gloriously rickety pop contraptions.

Ninja is nowhere to be heard on The Scene Between, The Go! Team's fourth album, nor are fellow longtime members (and occasional vocalists) Kaori Tsuchida and Chi Fukami Taylor. Parton himself doesn't sing, so that leaves a gaping hole in The Scene Between — one he fills ingeniously. He uses different lead singers for each track, similar to what The Magnetic Fields' Stephin Merritt once did with his beloved side project The 6ths. But there's a big difference: Merritt employed singers he already knew, most of them established, whereas Parton vowed to turn The Scene Between into a showcase for vocalists who were more or less unknown, even to himself.

He cast his net wide, and his catches are uniformly stellar. On "What D'You Say?", the young Brazilian singer-songwriter Samira Winter chirps sweetly yet spiritedly over an airy, bouncy track that retains Parton's love of raw-edged distortion. The song opens with the fizzy sound of a can of soda being opened and poured out, and it's the perfect aural metaphor for The Scene Between. The sample-heavy structure of The Go! Team's past has been toned down, and in its place is a more organic mix of acoustic instruments, synths, loops and sugary vocals in "Waking The Jetstream" (featuring Casey Sowa of Minneapolis' Strange Relations) and "Catch Me On The Rebound" (featuring French solo artist Glockabelle). Reaching even farther afield, "Did You Know?" sports the lulling croon of Shi Lu (a.ka. Atom) from Beijing's Nova Heart. Chiming and wistful, her voice hits anthemic heights as the song builds softly into a dizzying whirl of wobbly, happy-sad melody.

In a handful of songs, Parton uses the same vocalists more than once. The Scene Between's title track and "The Art Of Getting By (Song For Heaven's Gate)" clear the stage for the rich timbre of the London Africa Gospel Choir. It's especially stunning in the latter song, where Parton flaunts his cheekiness by using a gospel choir to help pay harmonious tribute to one of the most infamous religious mass suicides in history. Rather than feeling gimmicky or perverse, it's astoundingly melancholy.

That's about as deep as The Scene Between gets, which is to its credit. Doreen Kirchner from Jersey City's Sudden Ensemble and New York solo artist Emily Reo each voice a bracing, ebullient song ("Blowtorch" and "Her Last Wave," respectively), and they also duet in the album's closer, "Reason Left To Destroy." That song's dreamy, big-screen vista threatens to turn epic, but it keeps its shoegaze-in-a-shoebox sound on the humble side. The same can be said of The Scene Between as a whole. Parton may not have his usual array of singers or marquee guest stars this time around, but he's infused The Go! Team's proven formula with a fresh shot of youth, enthusiasm and pure pop fierceness.