Accessibility links
Review: Liturgy, 'The Ark Work' The metal band embraces classical music, glitchy IDM and even rap on its new album. The deeper into it you delve, the more its audacity and imagination start to bloom. 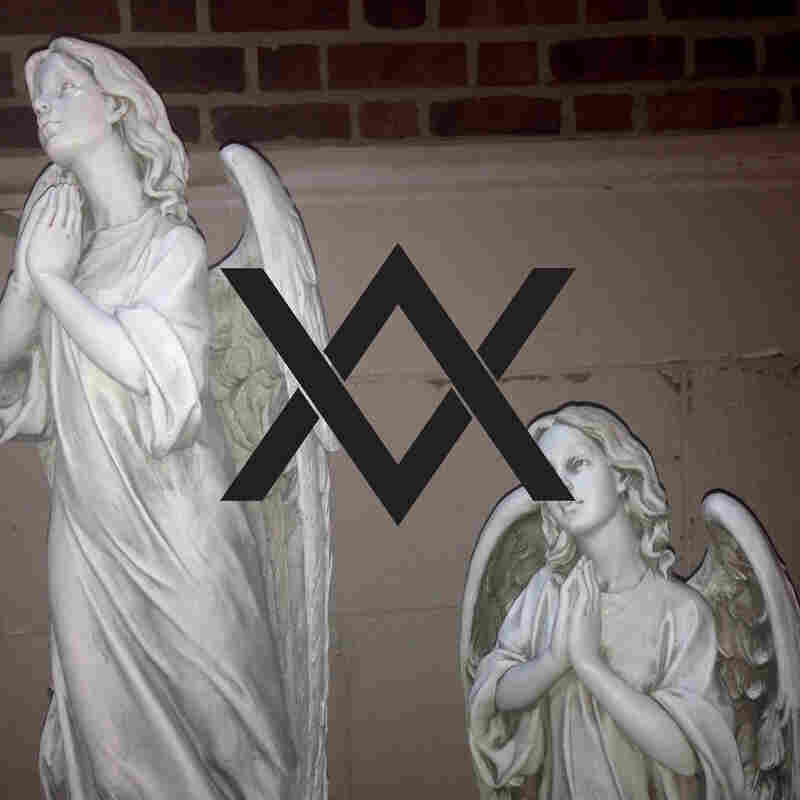 The Ark Work Courtesy of the artist hide caption

The Brooklyn band Liturgy turned heads with 2011's genre-defying Aesthethica, which dared extreme-metal listeners to rethink what defined metal and welcomed curious neophytes drawn to bold, adventurous new music. Rooted in the fast tremolo picking and soaring blast beats of black metal — but also tinkering with bizarrely catchy atonality and syncopation, building massive, Glenn Branca-esque squalls of noise and spectral melodies in the process — it had critics salivating and underground metal purists fuming. As a result, Liturgy quickly became an object of scorn for many metal fans, who unfairly disparaged the band for bringing new ideas to the genre.

After Aesthethica, Liturgy's future was unclear. Drummer Greg Fox (Zs, Guardian Alien), whose rapid-fire "burst beats" were a crucial part of the band's sound, left, as did bassist Tyler Dusenbury, while singer-guitarist Hunter Hunt-Hendrix and guitarist Bernard Gann continued to perform with a drum machine. Hunt-Hendrix, meanwhile, expressed a desire to move away from the sounds of Aesthethica on the next Liturgy release, going as far to hint at using electronics and, most interestingly, "bells."

Percussion instruments (glockenspiel, especially) do feature on The Ark Work, but typical of Hunt-Hendrix and his mates — Fox and Dusenbury have since rejoined the band — that's just the tip of the iceberg. Bagpipes, strings, horns and synths highlight a radical shift in direction that embraces classical music, glitchy IDM and even rap. It's so jarring at first that you might find yourself wondering if this is the work of a charlatan. But the deeper into it you delve, the more its audacity and imagination start to bloom.

Atop chirping horns — both real and synthetic, it seems — and a rigid marching beat anchored by Fox, Hunt-Hendrix rhythmically spouts the words to "Kel Valhaal" with the flow and cadence of a rapper, but also with the trance-like quality of a shaman. "Quetzalcoatl" is arguably the album's catchiest track, even with its thudding electronic beats, jittery guitar melody and chanted vocals. At more than 10 minutes, however, "Reign Away" is this album's masterstroke. Not since Alcest's 2007 classic Souvenirs d'un Autre Monde has so much brightness and warmth been allowed to shine on black metal, as the frenetic drum beats and guitar riffing are matched by layers of glockenspiels that echo the guitars; it adds a sumptuous level of innocence and light to a form of music so used to lurking in the shadows. Bagpipes flourish flamboyantly as Hunt-Hendrix intones his enigmatic yet oddly uplifting words:

Reign along the celebration of the

Days of reconciliation with the

Brave whose epic tribulation in the cage

Undid the contribution to the pain

Hunt-Hendrix's mission statement remains the same after all these years: to achieve transcendence through black metal, and to create something positive and uplifting via a form of music rooted in darkness and misanthropy. He and Liturgy toyed with the idea on 2009's Renihilation and succeeded mightily on Aesthethica. But with the challenging, befuddling, exhilarating The Ark Work, he's come closer than ever to realizing that goal.