Accessibility links
Interview: Jessica Stern And J.M. Berger, Authors Of 'ISIS: The State Of Terror' In their new book, terrorism experts Jessica Stern and J.M. Berger say that the "projection of strength" has led to the rapid expansion of the self-declared Islamic State. 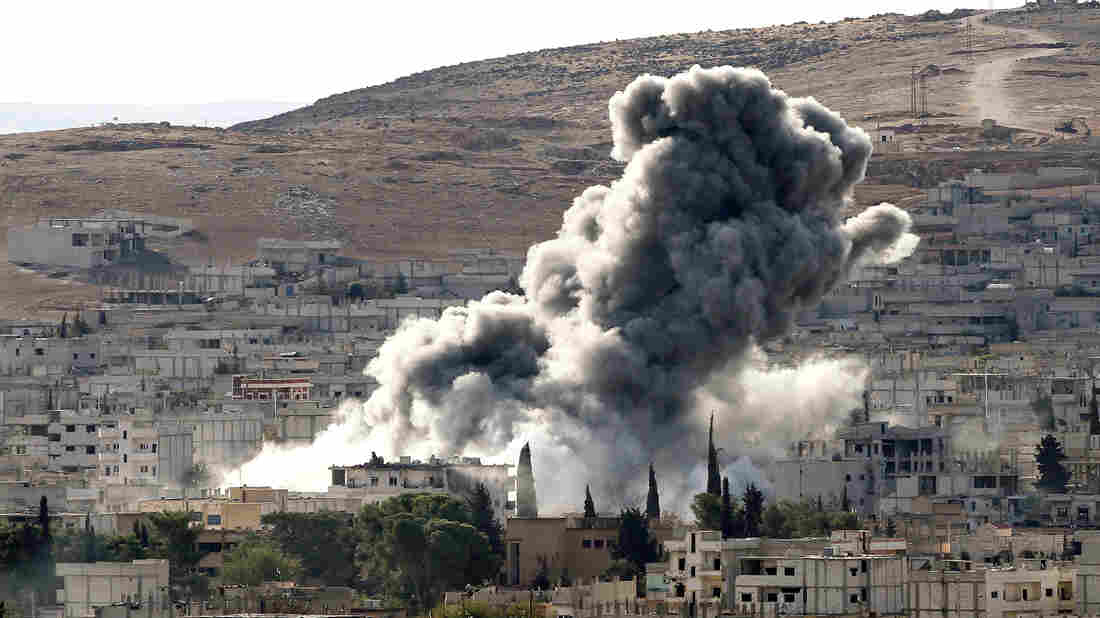 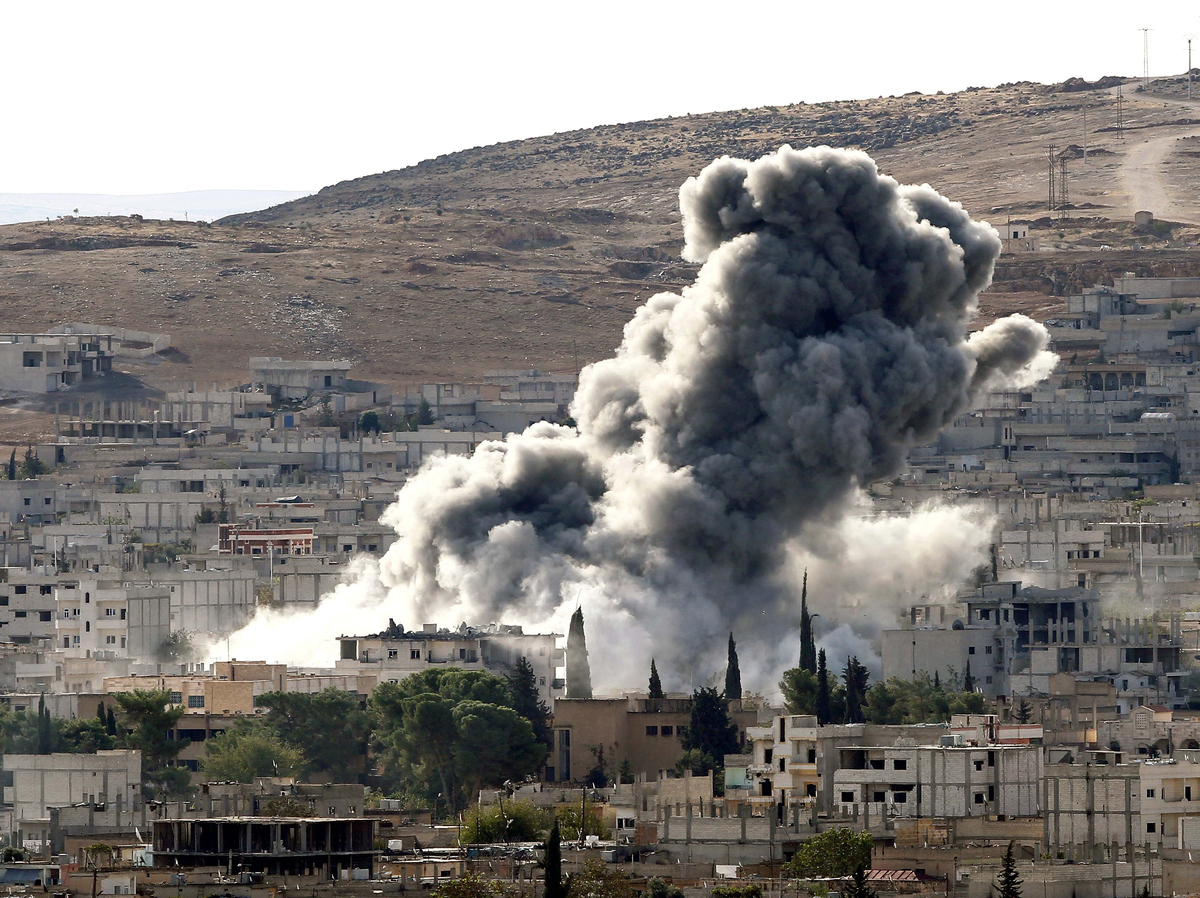 Heavy smoke rises following an airstrike by the U.S.-led coalition aircraft in Kobani, Syria, during fighting between Syrian Kurds and the militants of the self-declared Islamic State in October 2014. 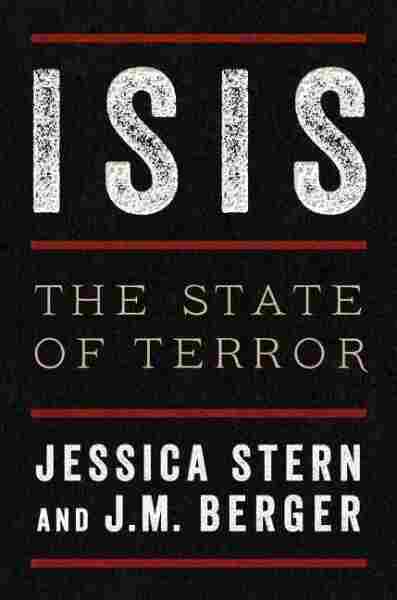 The State of Terror

There have been mixed results in the fight against the self-proclaimed Islamic State, or ISIS. Iraqi government forces and their Iranian allies are fighting to retake the central city of Tikrit, but it's unclear how much longer this will take.

Meanwhile, ISIS has established a foothold in Libya. They also recently accepted the allegiance of Boko Haram, a Nigerian terrorist organization.

Where did the group come from, and why are their efforts so successful? Jessica Stern and J.M. Berger, two experts on terrorism, explain the rise of ISIS and what it will take to defeat the group in their new book ISIS: The State Of Terror.

They believe that this group has succeeded where Al-Qaeda failed by presenting itself as a powerful force, instead of just an extremist threat.

"It's holding territory. It's attacking local regimes that it believes to be apostate instead of lobbing grenades at the West," Berger tells NPR's Arun Rath. "Their whole narrative's really based on this — on this projection of strength instead of weakness." 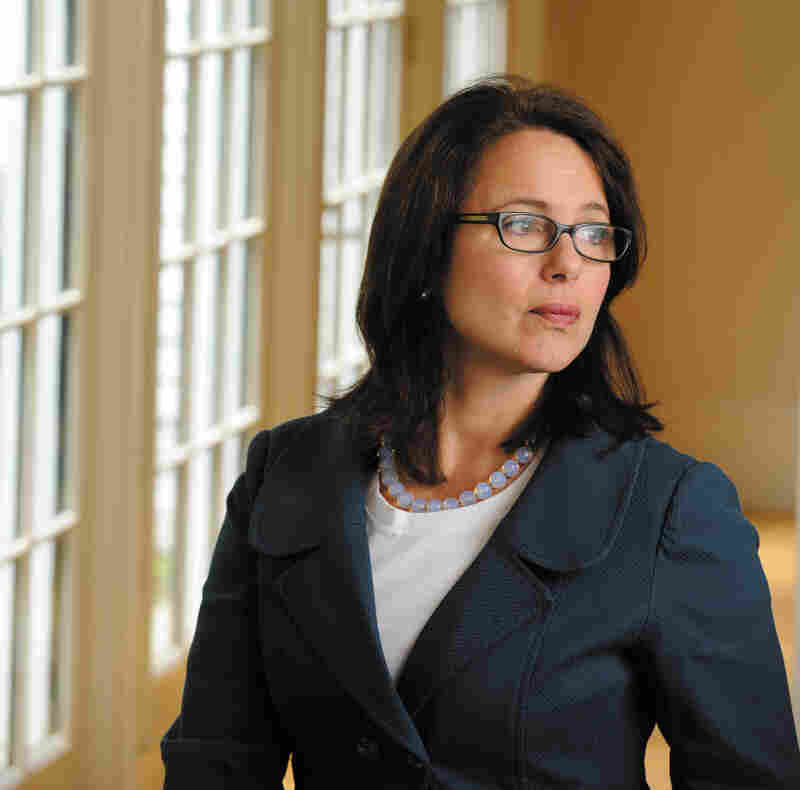 Jessica Stern's other books include Denial: A Memoir; Terror in the Name of God and The Ultimate Terrorists. Richard Howard/Courtesy of Ecco Books hide caption 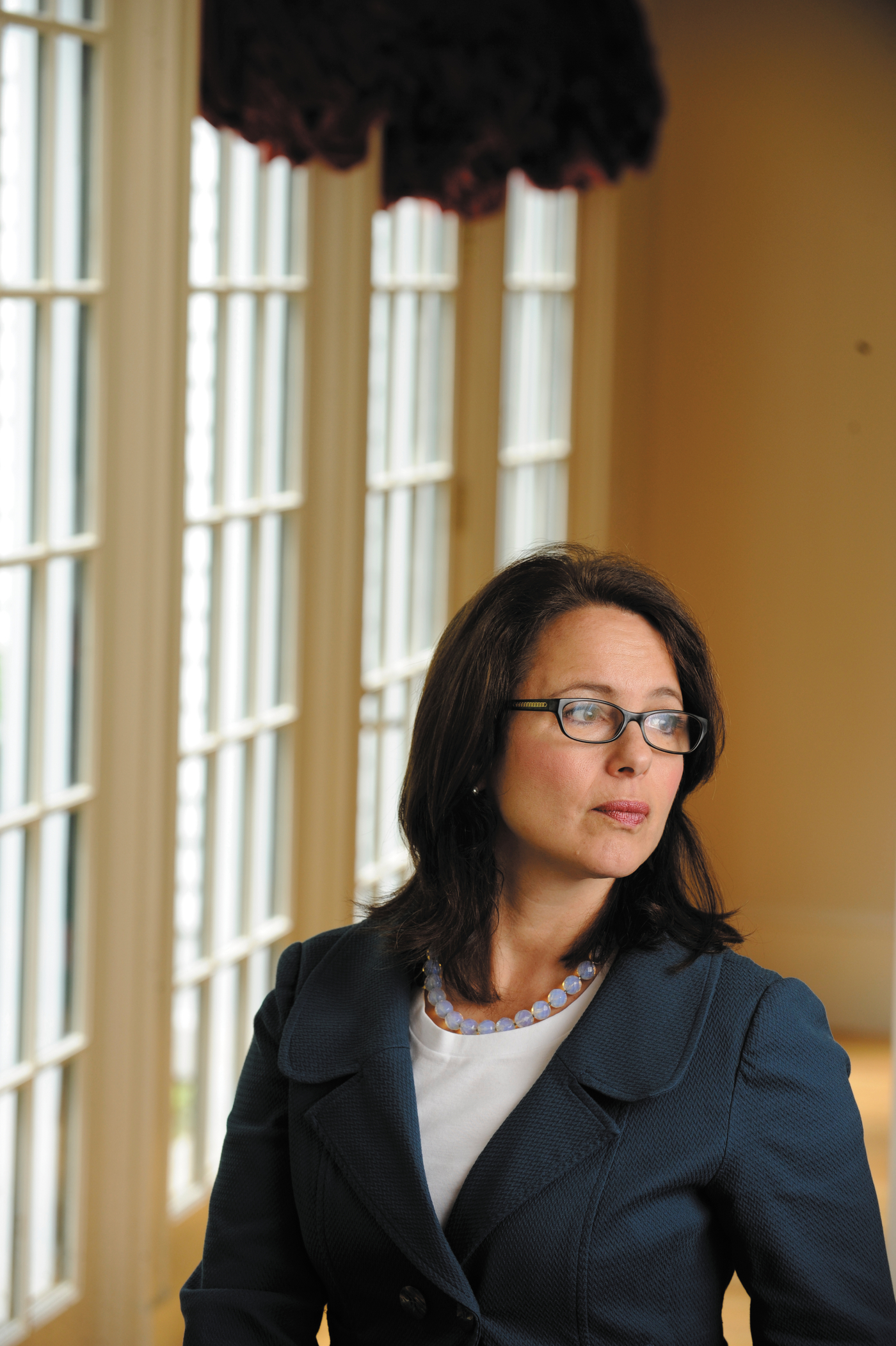 Jessica Stern's other books include Denial: A Memoir; Terror in the Name of God and The Ultimate Terrorists.

On the apocalyptic vision of ISIS, which has resonated with people

Stern: I would say that was one of the biggest surprises to me. I've talked to a lot of apocalyptic groups, Christian groups, and I really wasn't anticipating the extent to which ISIS has its own ... philosophy of the end times. They believe that if they carry out the signs, it's not that the end of times will come more quickly, but they get very excited that they are actually manifesting the end times.

On how ISIS reaches out to new recruits 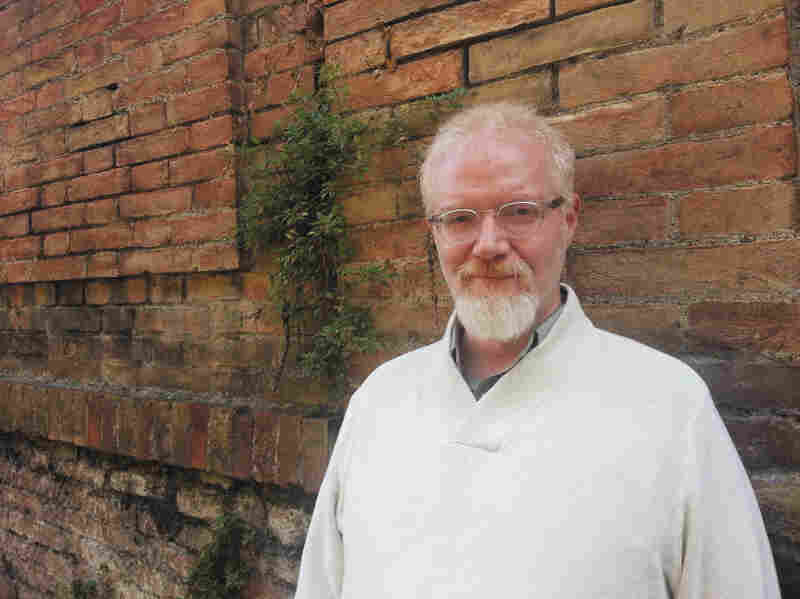 J.M. Berger is also the author of Jihad Joe: Americans Who Go to War in the Name of Islam. Janet Walsh/Courtesy of Ecco Books hide caption 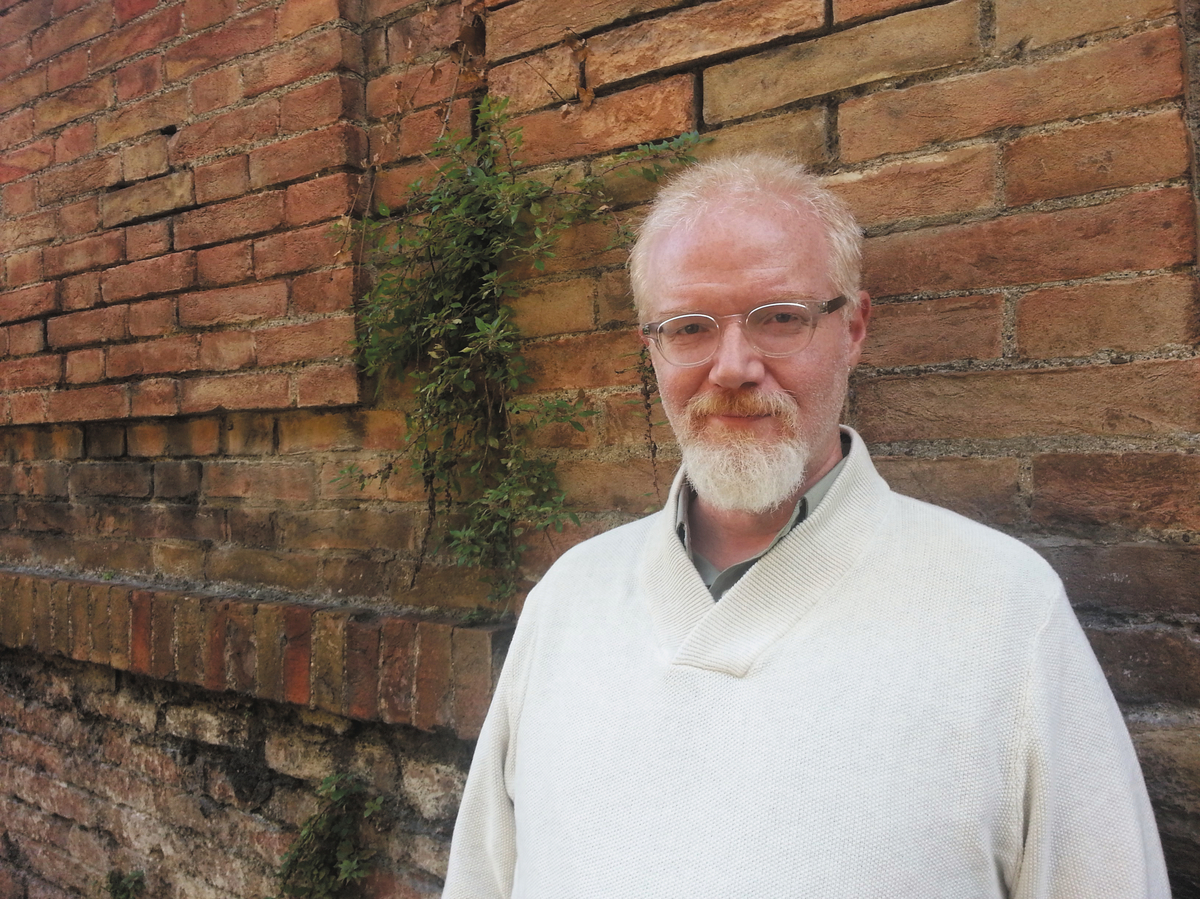 J.M. Berger is also the author of Jihad Joe: Americans Who Go to War in the Name of Islam.

On how people can fight back against the terrorist group's ideologies

Berger: There are a lot of different approaches you can take, but the coalition against ISIS is mostly united by the fact that it's against ISIS. We don't have a one country or one system of government or one set of values that we could be promoting as an alternative and that creates a kind of sticky situation.

Stern: I would add to that that we do have the opportunity to amplify the messages of clerics who have really taken ISIS on in terms of its interpretation of Islam. There are so many clerics who are doing this and yet their arguments are not getting the attention that they deserve. And I think we need to hear a lot more from people who leave ISIS. Somebody who says, "Gosh, I joined, I thought I was going to be making the world a better place and it turned out that it really wasn't what I imagined. That there were atrocities that I didn't want to be involved in." There are people who are saying that. We need to amplify those messages.

On who should amplify those messages that counter ISIS

On the reaction that ISIS videos receive from the public

Berger: I think that ISIS wants the backlash. I think the backlash is the point of these videos. ISIS, as part of its apocalyptic vision and part of its strategy, it wants to polarize populations. It doesn't like fence-sitters. So videos like this are not necessarily meant to win popular support. They're meant to alienate and anger other countries and other people's populations. Part of that also is the hope that they can provoke people into doing something rash.

CIA Chief Says Governing Is Too Big A Job For ISIS

On whether ISIS has been weakened by the U.S. air campaign

Berger: I think they're stale-mated right now and for them that's really a win. All they have to do is hold on to the territory that they have, particularly the major population centers, Raqqa and Mosul. It's lost some territory around the edges and every time it does it opens up a new front. So they took a hit in Tikrit this week and so they opened up an attack in Ramadi. At the same time they're also expanding overseas. So even as they're being forced to contract a small amount in Iraq and Syria, they're able to add a giant chunk of territory in Nigeria with the pledge of allegiance to Boko Haram.

Syrian Rebels Will Face ISIS, But The U.S. May Not Have Their Backs

On how long the battle against ISIS will take

Stern: I think it's hard to imagine this will take less than years. ... No matter how much headway we make in Iraq and Syria we're going to have to fight this idea that is attracting people, unfortunately, all over the world.

Read an excerpt of ISIS