Accessibility links
Vanuatu President Calls For Help After 'Monster' Cyclone President Baldwin Lonsdale told The Associated Press that the storm, which hit over the weekend, damaged or destroyed 90 percent of the buildings in the capital. Six are confirmed dead, he said. 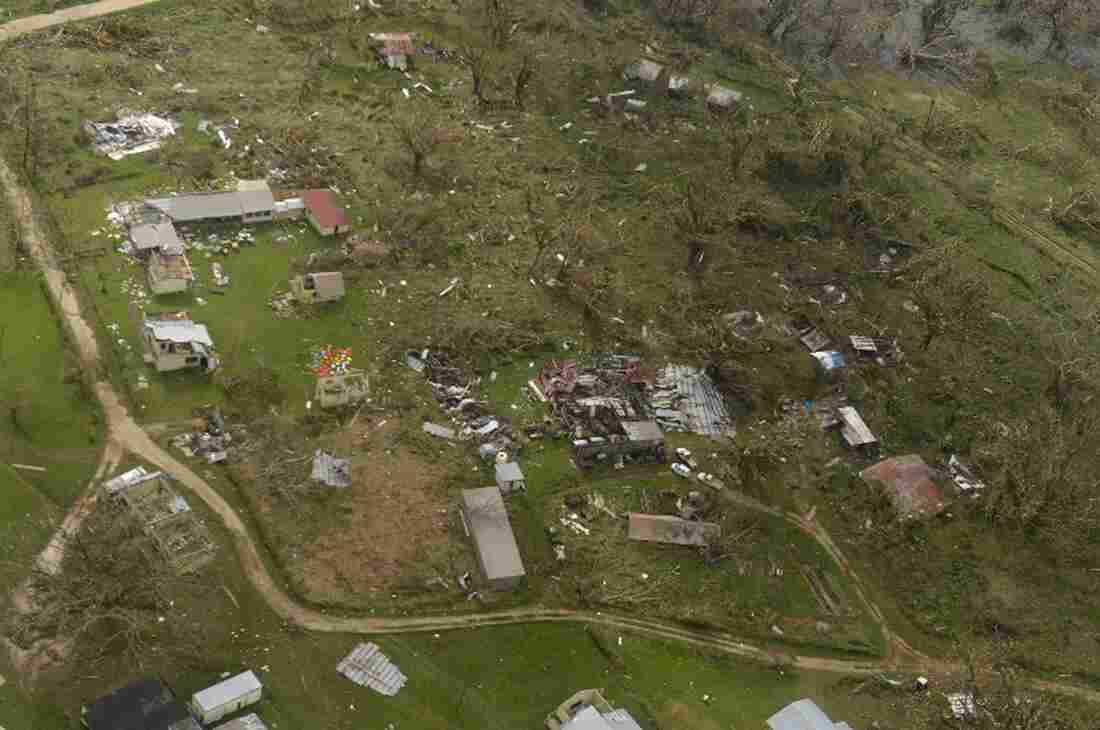 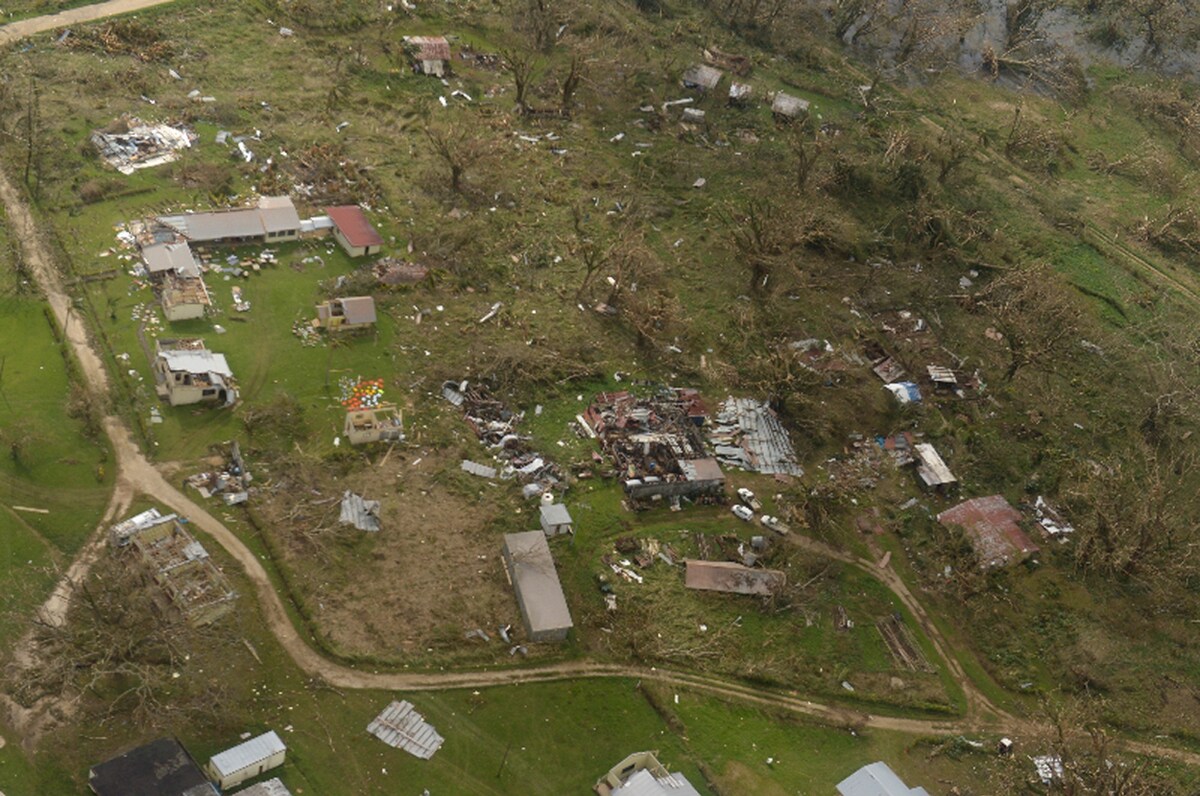 Cyclone-ravaged Vanuatu on Monday, after Super Tropical Cyclone Pam tore through over the weekend. The country's president says Vanuatu needs everything from water containers to construction tools.

Vanuatu's president was rushing back to his country on Monday in the wake of what he dubbed a "monster" cyclone whose damage was still unknown beyond the devastation in the South Pacific archipelago's capital city.

Looking weary and red-eyed, Baldwin Lonsdale told The Associated Press that the latest information he had was that six people were confirmed dead and 30 injured from Cyclone Pam, which he said destroyed or damaged 90 percent of the buildings in the capital alone, when it hit over the weekend. Lonsdale was interviewed in Sendai, in northeastern Japan, where he had been attending a U.N. disaster conference when the cyclone struck.

"This is a very devastating cyclone in Vanuatu. I term it as a monster, a monster," he said. "It's a setback for the government and for the people of Vanuatu. After all the development that has taken place, all this development has been wiped out."

Lonsdale said because of a breakdown in communications infrastructure, even he could not reach his family. "We do not know if our families are safe or not. As the leader of the nation, my whole heart is for the people, the nation," he said.

Officials in Vanuatu had still not made contact with outlying islands by Monday night and were struggling to determine the scale of devastation from the cyclone, which tore through the nation early Saturday, packing winds of 168 miles per hour. Bridges were down outside the capital, Port Vila, making travel by vehicle impossible even around the main island of Efate.

Paolo Malatu, coordinator for Vanuatu's National Disaster Management Office, said officials had dispatched every plane and helicopter they could to fly over the hard-hit outer islands. The office was expecting to get full reports from the flyover crews early Tuesday.

"The damage to homes and infrastructure is severe," Malatu said. "The priority at the moment is to get people water, food and shelter." 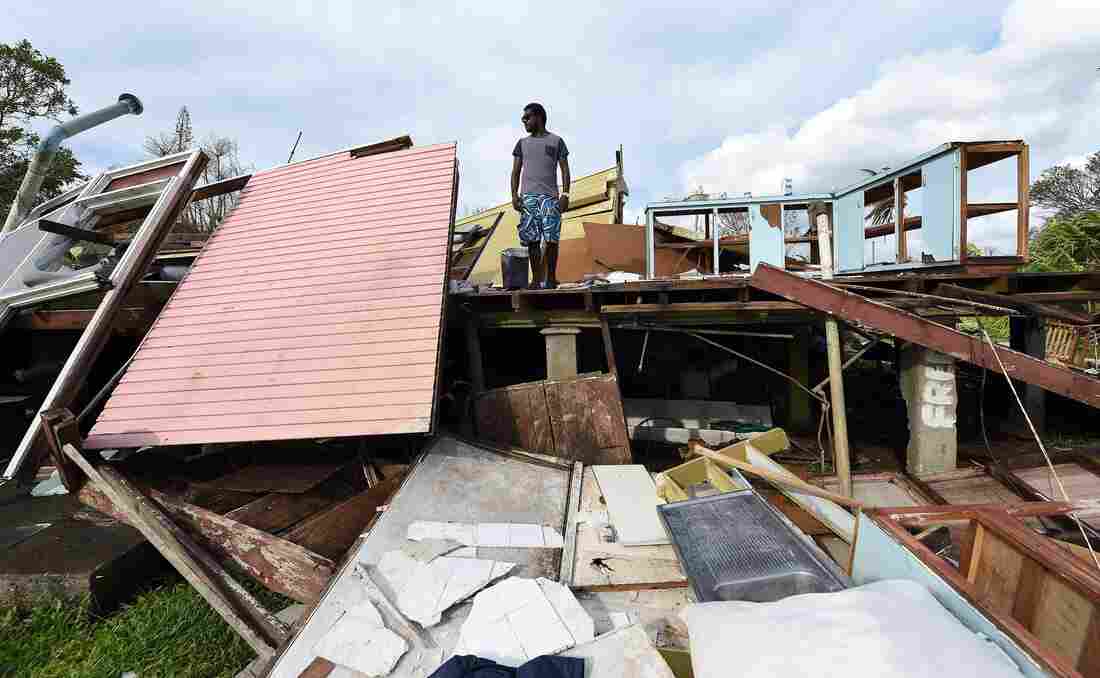 The damaged airport in Port Vila has reopened, allowing some aid and relief flights to reach the country. Lonsdale said a wide range of items were needed, from tarpaulins and water containers to medical supplies and construction tools. Those on the ground pleaded for help to arrive quickly.

The city's hospital was overwhelmed with patients, and some beds were moved outside due to fears the building is no longer safe.

"The wards have all been evacuated because of structural damage," surgeon Richard Leona told Australia's Channel 7. "We are badly needing this help. We need to get an urgent drug supply and food and also set up a mobile hospital to deal with the influx of patients coming in."

In Port Vila, smashed boats littered the harbor, and sodden piles of household belongings tangled among twisted tree branches lay where some homes once stood.

Hannington Alatoa, head of the Vanuatu Red Cross Society, said flyovers by New Zealand and Australian relief teams showed much of the country had been "flattened." At least half of the population has been affected, Alatoa said in Sendai.

"No trees, no foliage, no iron structures standing on the western part of Tanna (island)," Alatoa said. "People are in great need of water."

UNICEF estimated that 54,000 children were among those affected by the cyclone.