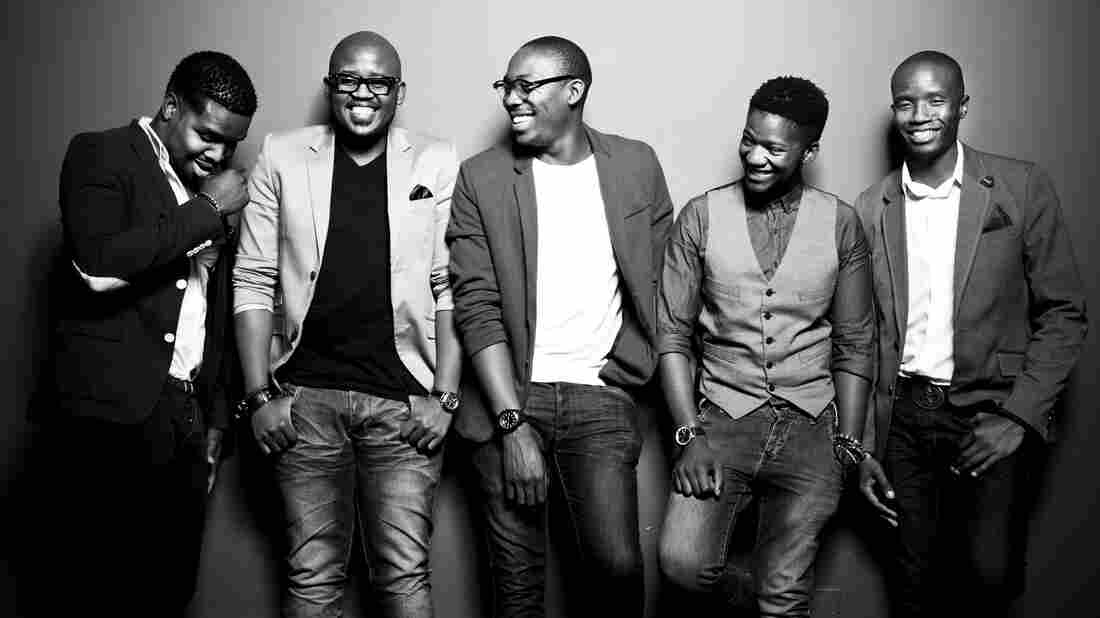 The newest album by The Muffinz, Do What You Love, tackles heavy issues such as politics, race and education. Courtesy of the artist hide caption 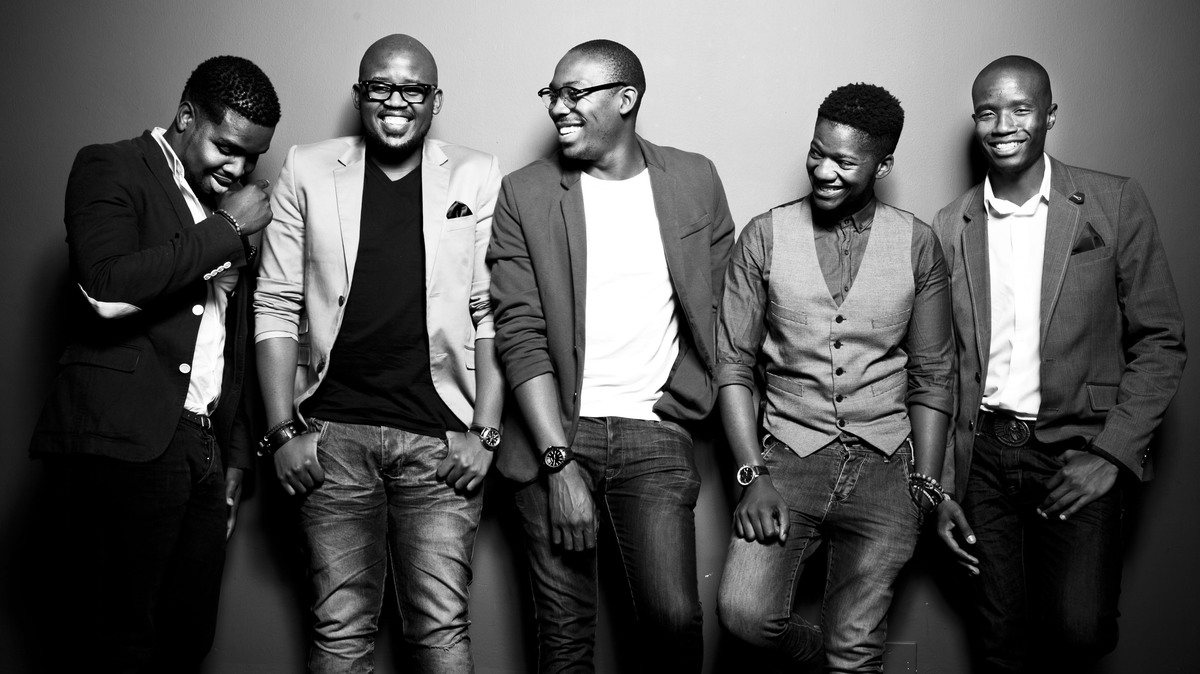 The newest album by The Muffinz, Do What You Love, tackles heavy issues such as politics, race and education.

On any given Saturday night in Johannesburg, the trendy place to be is Braamfontein, a gentrifying, hipster-friendly neighborhood downtown, where pulsing dance beats of house music take over the clubs. It's something of a stunner to hear a DJ segue to Ghetto by The Muffinz, a Johannesburg-based five-man band whose 2012 debut, Have You Heard, was played on conventional instruments, not built in the studio from electronic beats and samples.

The band of young musicians combines jazz, soul and R&B with the country's older choral traditions to create a sound altogether different from electronic dance music. They've played at New York's Apollo Theater and they've just released their second album, Do What You Love.

The members of The Muffinz met five years ago when they were students at the University of Johannesburg, singing in its choir. Muffinz lead guitarist and singer Simphiwe "Simz" Kulla explains that the university's 60-member choir tours internationally and is known for its range of styles of European — Finnish to German — music.

Choir music has a long history in South Africa, from Zulu a cappella traditions to the Billboard-charting Soweto Gospel Choir and Ladysmith Black Mambazo, who took the style international.

"African people sing a lot," Buthelezi says, "for celebrations, for funerals — we sing when we're sad. There's a quote that Mandela said, that even though African music is sad, it will still move you — you'll want to dance to it."

The Muffinz sing in five of South Africa's 11 official languages, and the musicians have been labeled by some as the face of the so-called "new Johannesburg" characterized by hipster hoods like Braamfontein and Maboneng. But Buthelezi, who grew up in a township, doubts the city's gentrification boom is actually benefiting its citizens. So he sees his band's place in this scene as a serious one.

Do What You Love tackles even heavier subjects — AIDS, politics and education — than those on their debut, says acoustic guitarist and singer Mthabisi "Mthae" Sibanda. It also takes on the legacy of colonialism, Buthelezi adds.

"People talk about crime and the negatives of black behavior," Buthelezi says, "but everything that black people are, especially all the negative traits, are the results, like Martin Luther King said, of previous crimes by colonialists or the slave masters."

But in the end, Buthelezi says, The Muffinz are writing music, not political tracts.

"I always equate music to medicine, how it's bitter," Buthelezi says. "As much as it's good for you, it doesn't taste great. So if you're a mother, putting a little sugar in the medicine is good. As much as we're trying to make people aware and give people the medicine, we don't want to make it intense, we say it nicely, we put some sugar in that medicine."

That approach seems to be working — this month The Muffinz made an appearance on one of South African TV's most popular talk shows, performing songs about politics, corruption and personal success.